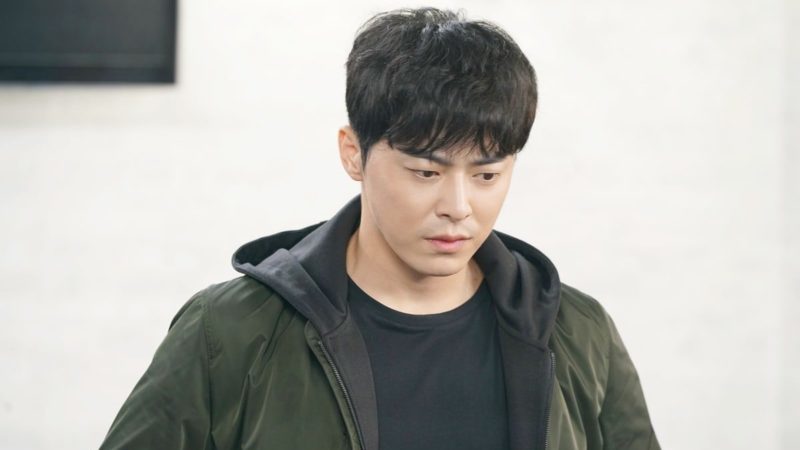 “Two Cops” is a fantasy investigative drama about a detective who gets possessed by the spirit of a swindler. Jo Jung Suk will be playing the double role of two polar-opposite men. His first character is a fierce detective named Cha Dong Tak, and his second character is swindler Gong Soo Chang. Viewers already have high expectations for how the actor will be able to pull off such different characters at the same time.

In the newly released stills, Jo Jung Suk transforms into detective Cha Dong Tak, a man with a strong sense of justice who makes heads turn with his handsome looks but turns into a merciless grim reaper when dealing with criminals. He looks serious while solving cases and seems resolute to do whatever it takes to catch the culprit. 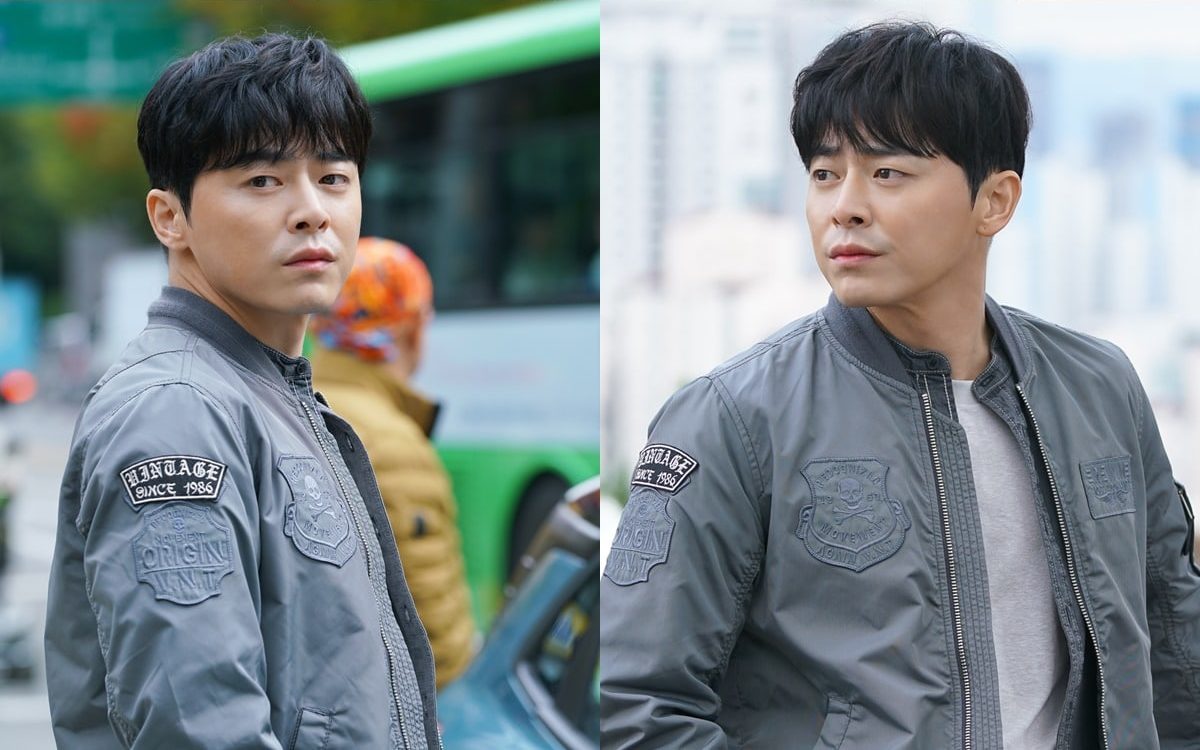 In order to portray his two contradicting characters, the actor put much effort into analyzing their characteristics, from their gazes to gestures and voices. The way Jo Jung Suk meticulously rehearsed and checked camera angles awed the production crew.

Jo Jung Suk said, “The first time I got the scenario, I was captivated by the story without knowing how much time was passing by. I chose to be in this drama because I was charmed by [the idea of] going back and forth between homicide detective Cha Dong Tak and swindler Gong Soo Chang.”

Jo Jung Suk also expressed his happiness, excitement, and nervousness about coming back to the drama scene after a year. He stated, “The first filming [of the drama] ended smoothly and was entertaining. Despite it being my first time acting with the other actors, we had good teamwork, and I was able to film well thanks to the director and production crew.”

In the drama, Jo Jung Suk’s character teams up with a hard-working reporter (played by Girl’s Day Hyeri), and together, they solve different crimes. It will air in November after “20th Century Boy and Girl” comes to an end.