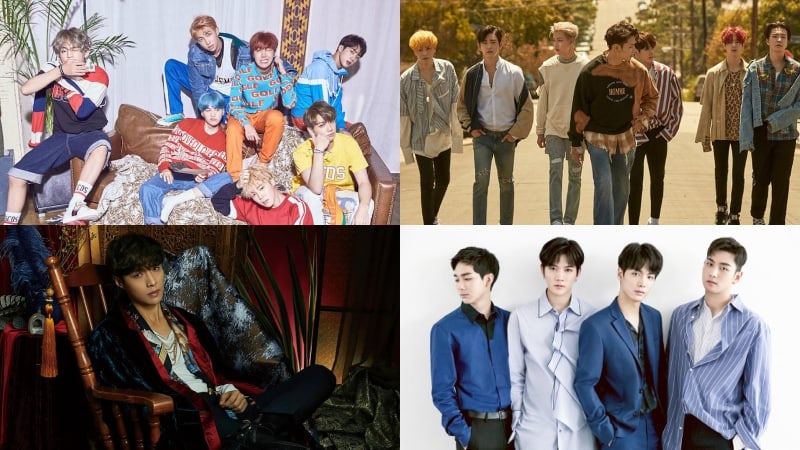 On the newly released chart for the week of October 28, BTS takes the No. 1 spot for the fourth week in a row with “Love Yourself: Her.” The group’s new releases also remain on the Hot 100 chart, Billboard 200 chart, and more.

GOT7’s new mini album “7 for 7” featuring the title track “You Are” has entered the World Albums chart at No. 2 this week.

EXO member Lay’s album “LAY 02 SHEEP” has grabbed the No. 4 spot in its first week on the chart. His new album includes the title track “Sheep” and was released both in China and Korea.

Finally, NU’EST W’s mini album “W,HERE” including the title track “Where You At” has made its debut on the chart at No. 5.

GOT7
EXO
BTS
Lay
NU'EST W
How does this article make you feel?