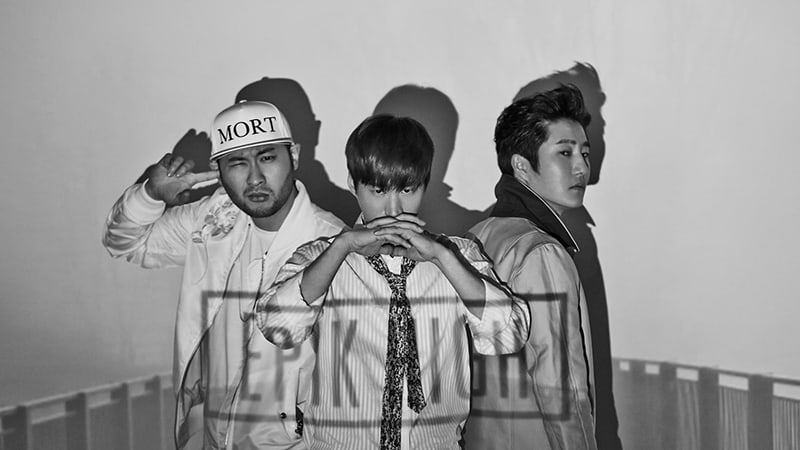 Respect The Name, Respect The Game: 8 Reasons Why Epik High Is A Hip Hop Legend

It’s been 14 years since the debut of Epik High; gods of hip hop, masters of producing, and generally a force to be reckoned with in the Korean music industry. The trio, consisting of Tablo, Mithra Jin, and DJ Tukutz, has set lots of records and never fail to impress fans worldwide with their music. No wonder fans get more than just a little excited whenever anything Epik High-related happens.

Now finally, for their 14th anniversary (three years after their last album “Shoebox”), the new and ninth album called “We’ve Done Something Wonderful” is going to be released on October 23!

To celebrate their anniversary and of course the new release, here’s a list of reasons why Epik High is amazing!

1. Their lyrics never fail to impress

Sometimes Epik High speaks truths only a few are brave enough to verbalize in song lyrics – be it social criticism or raising awareness for the troubles of a whole generation of Korean and global citizens. Calling out downsides of technology in “High Technology,” corporate society in “My Ghetto,” or haters in “Born Hater,” they sure aren’t afraid to speak their minds. Read more about the depth of the trio’s lyrics here.

2. Their music is timeless

In the last 14 years of making music, Epik High certainly went through all sorts of changes, and with them, their music and style. While some of the haircuts might not have aged particularly well, their early songs are still valued, and the meaning and stories in the lyrics are still very much relevant. Just listen to “Fan” from their 2007 album “Remapping The Human Soul”; the lyrics address obsessive or sasaeng love, which is as relevant as ever in K-pop.

3. They value quality over quantity

Epik High may not release music as often as other Korean artists do, but when they do, they hit the spot. They received the Best Rap/Hip Hop Award at the Golden Disc Awards four times, and their last album “Shoebox” dominated music charts when it came out in 2013; the 12 songs simultaneously reaching the top 12 on Mnet charts. In 2016, the trio was the first major Korean act at Coachella, turning heads and paving the way for other Korean artists.

4. Their MVs are masterpieces

As mentioned above, Epik High puts quality over quantity, thus making their MVs a rare sight. But whenever they do release music and MVs, fans get overly excited for what’s to come. Looking at one of their latest MVs, “Born Hater” (featuring Beenzino, Verbal Jint, WINNER’s Song Mino, and iKON’s B.I and Bobby): The rappers represent the seven deadly sins, except for B.I, who is innocent. In 2017, where a lot of MVs tend to have deeper hidden meanings, fans are very curious to see if and how Epik High is going to take on this trend.

Tablo stepped down from his position as head of HIGHGRND, a sub-label of YG Entertainment, only to be able to focus on producing the new album. That alone shows how time consuming the production of the album must have been. The three have been working hard in order to live up to their reputation and deliver something great. We can only imagine the pressures they had to face – let alone the hardships the members went through in their career and individual lives.

6. They have great featured artists

The sheer amount of talented people who have collaborated with Epik High or want to collaborate with them has only been increasing over the years. For this upcoming album, big names like IU, Oh Hyuk, Nell’s Kim Jong Wan, Crush, and Akdong Musician’s Lee Soo Hyun have been confirmed as featuring artists, while the identity of at least four more artists is yet to be announced. We expect great things!

7. They love and support their friends whenever they can

Tablo has shown his support for other musicians on several occasions, the list including WINNER, iKON, Lee Hi, and BIGBANG. The most recent example of Tablo publicly showing support for a non-YG artist would be his Twitter post supporting the latest album by BTS, who also talked about their admiration for Epik High on several occasions.

All seriousness and incredible skills aside, they are (so it seems) just the most hilarious guys to be around. From head banging with a wig to iKON, awkwardly dancing to WINNER, or hilariously teasing YG family and other artist friends whenever they can – they did it all. Oh and don’t forget their best disses: when they make fun of themselves.

Congratulations Epik High on your 14th anniversary and your new album. We hope for many more years to come!

Are you excited for “We’ve Done Something Wonderful”? What’s your favorite song by Epik High? Let us know in the comments!

daisygonzo can’t wait for the new album. Meanwhile she’s surviving on anything HIGHGRND throws out. Follow her on Instagram to see how that goes.