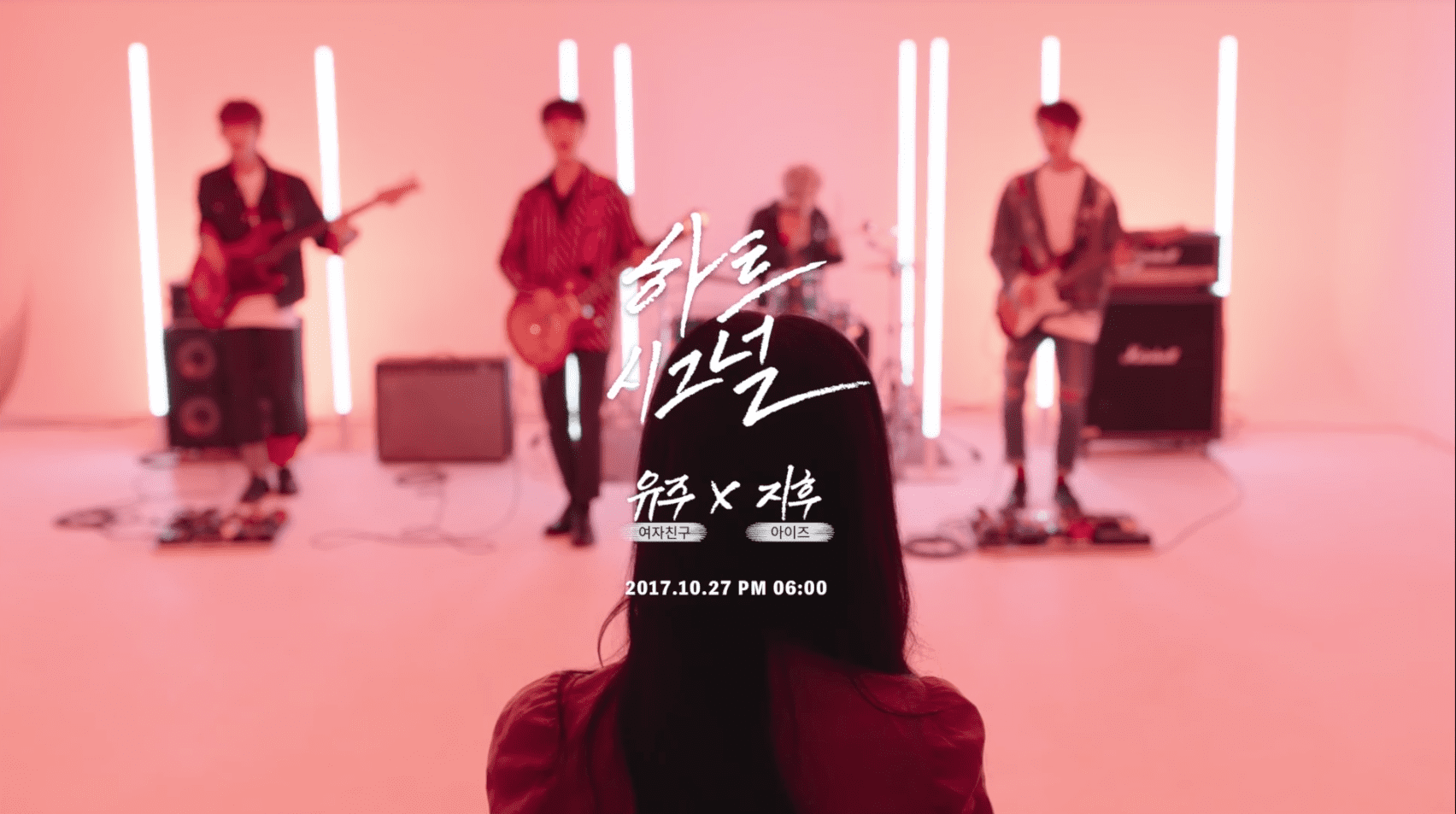 Unlike previous teasers, which only featured the music video actors, the teaser shows a snippet of IZ and Yuju at the end.

Another teaser has been released for Yuju and Jihoo’s upcoming collaboration!

In this second drama teaser, another set of actors stars as school friends, with this clip ending with the boy asking the girl if she wants to date.

A teaser clip of Yuju and Jihoo’s collaboration has been shared!

The new video is called a “drama version” of a teaser for Yuju and Jihoo’s song “Heart Signal,” and features two cute kids. In the clip, the pair holds hands, and the boy asks the girl, “Don’t you feel it?” She asks what he means, and she smiles when he replies, “I’m sending you a signal.”

The clip also includes a quick listen to the song. Check it out below!

Another GFRIEND member will be participating in a duet!

On October 18, a source from GFRIEND’s agency revealed, “Yuju will be releasing a collaboration track with IZ’s Jihoo on October 27.” The track will be released as the first part of a project launched by IZ’s agency Music K Entertainment.

Yuju and Jihoo are known to be skilled vocalists, and many are curious as to how the two will sound, as it is their first time collaborating together. As GFRIEND’s main vocal, Yuju is known to be a talented singer with a unique voice, while Jihoo is the main vocal of a skilled band that debuted three months ago. He also previously made an appearance on SBS’s “Fantastic Duo 2,” where he sang a duet with veteran singer Yang Hee Eun.

It was further revealed that the duet track had been written for Yuju, and as they were searching for a male vocalist, they decided on Jihoo.

Meanwhile, rookie band IZ recently wrapped up promotions for their debut track “All You Want,” while GFRIEND previously released their track “Love Whisper” in August and their repackaged album “Rainbow” in September.

GFRIEND
Yuju
IZ
Jihoo
How does this article make you feel?