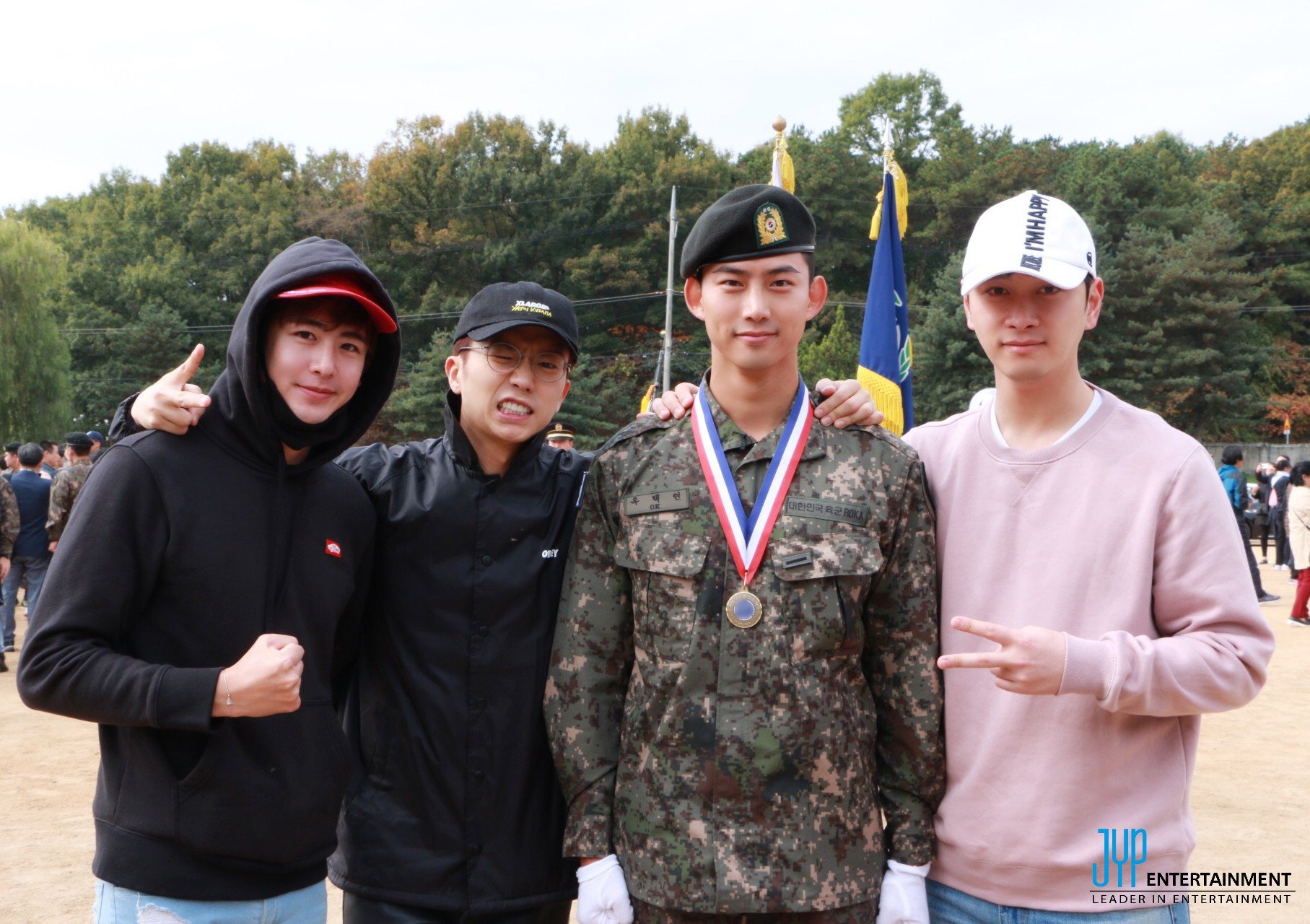 On October 18, the news was shared through 2PM’s official Twitter.

One of the photos shows Nichkhun, Wooyoung, and Chansung attending the ceremony to support Taecyeon. The caption reveals that Jun.K and Junho were unable to attend due to schedules, but Taecyeon greeted them through video calls.

Another photo is a solo shot of Taecyeon in uniform, saluting for the camera with a soft smile. 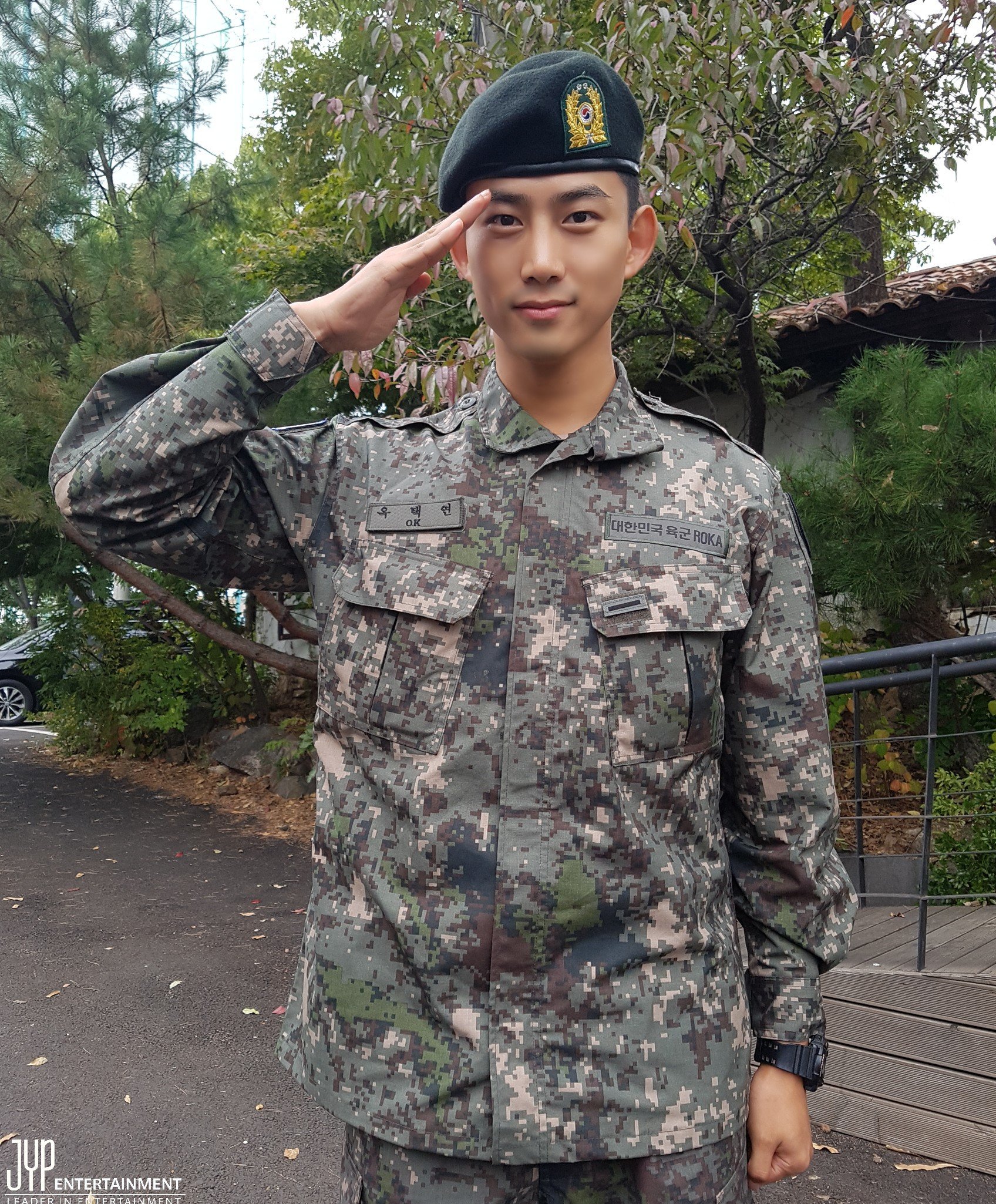 Taecyeon quietly enlisted into the training center on September 4, which was also 2PM’s 9th anniversary. He will now officially begin his service at his assignment.

2PM
Chansung
Nichkhun
Taecyeon
Wooyoung
How does this article make you feel?