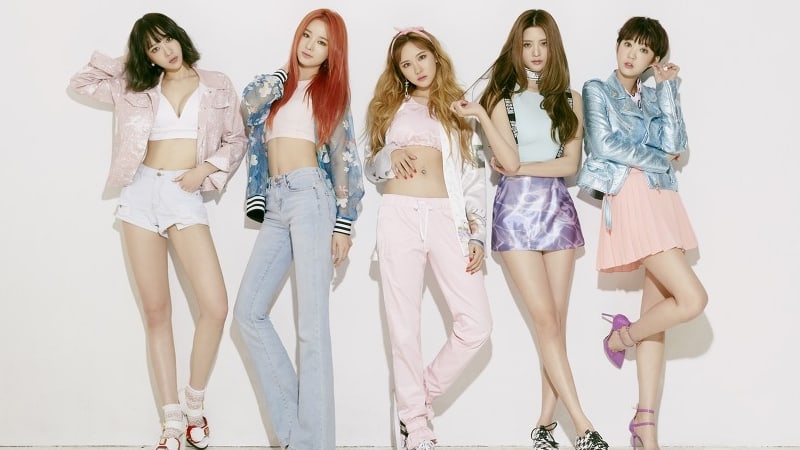 On October 18, EXID held a V Live broadcast where they revealed some details about their comeback song.

All five members of EXID took part in the V Live broadcast, which was done with only audio. Solji said, “Long time no see. I missed you. We are filming our new album jacket and since we have to keep it a secret, we decided to do a radio broadcast. I really missed you guys. I’m really excited and happy.”

While discussing their comeback track, LE revealed that she spoiled the title track through her Instagram, to which the members agreed and said, “I knew it the moment I saw it. We hope our fans will try to solve the mystery.”

Junghwa mentioned, “There was a title track that the five of us were preparing during the time period of ‘Night Rather that Day,’ but that’s not our comeback track. You guys will be pleased when you hear it. It’s very different from ‘Night Rather Than Day.'”

Hani added, “It could be similar to ‘Up & Down,’ but I think it will be different for everyone who hears it. My younger sibling said it was like ‘Night Rather Than Day.'”

Although they could not reveal the concept yet, EXID member Hyerin described it as “girl crush” while Hani labeled it “sexy” and added that they’ve always been sexy.

EXID will return with their fourth mini album “Full Moon” on November 7. Their agency has said that Solji took part in the recording for their new release, although it has yet to be decided if she will be promoting on music shows due to her health issues.