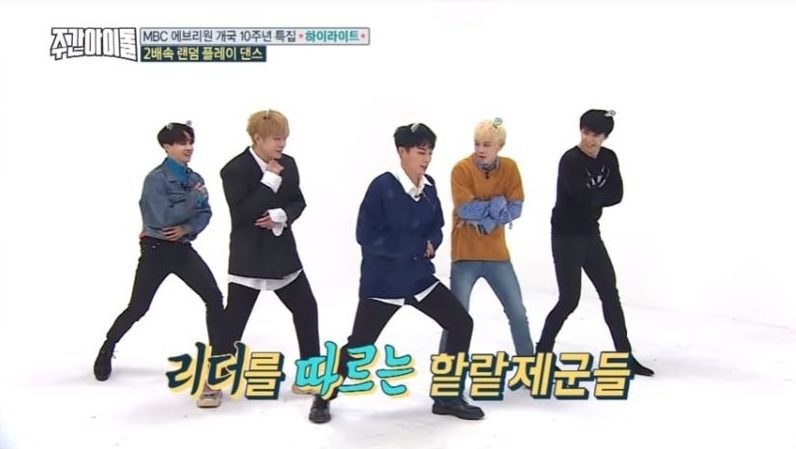 On the October 18 episode of “Weekly Idol,” Highlight attempted a double speed version of the random play dance!

Jung Hyung Don boasted that GFRIEND was able to accomplish this difficult task, and Lee Gikwang admired the girl group, saying, “Their amount of practice must be tremendous.” Jung Hyung Don egged Highlight on by claiming they had the best teamwork. Leader Yoon Doojoon seemed pretty confident while Yang Yoseob didn’t look so sure. The hosts promised to give them a Korean beef set as soon as they accomplished the challenge.

Before Highlight started the dance, Lee Gikwang whispered to Yoon Doojoon, “Just take it easy.” Yoon Doojoon agreed and told the other members to take it easy as well. As soon as the music started, they fumbled around trying to find their place but eventually got into formation. Their first attempt at the task went down the drain though when Yong Junhyung made a mistake during “Shock.”

Highlight asked for another chance, and maybe because they knew their prized Korean beef was in danger, they started to get clever with the dance. During “Breath,” the members were totally stumped, so they yelled at each other to run around in circles, looking like they were playing a train game. Of course, the hosts wouldn’t let it slide. 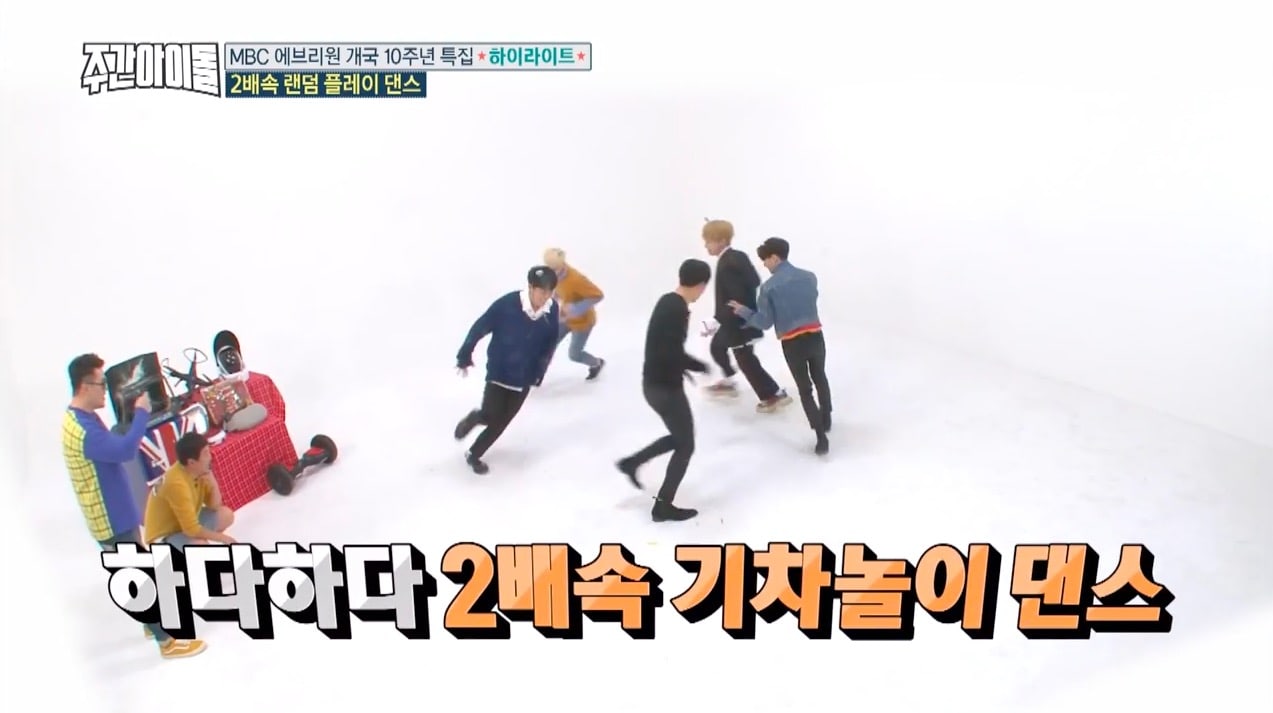 Highlight was given one last chance after they explained that they hadn’t done “Breath” in a few years, and first they got to choose songs to take out of the mix. They picked “Breath” and “Ribbon” as the tracks they wouldn’t have to dance to in the game.

This didn’t mean that the guys stopped playing smart, of course. Before they started, Yoon Doojoon quietly said, “If it doesn’t work, do the train game.”

After a couple more songs, the guys got a lucky break when “Ribbon” suddenly came on. “That’s ‘Ribbon’!” they stopped and yelled in celebration.

“We won!” yelled Yoon Doojoon, as the members pointed at the crew behind the camera who had put on the song they had promised not to play. “They lost because of a penalty,” they insisted.

The hosts laughed and agreed that it would be the first time in history that a group had won because of the staff’s mistake, despite the fact that the guys had been making so many errors. “When ‘Ribbon’ came on, I was so relieved!” admitted Yang Yoseob.