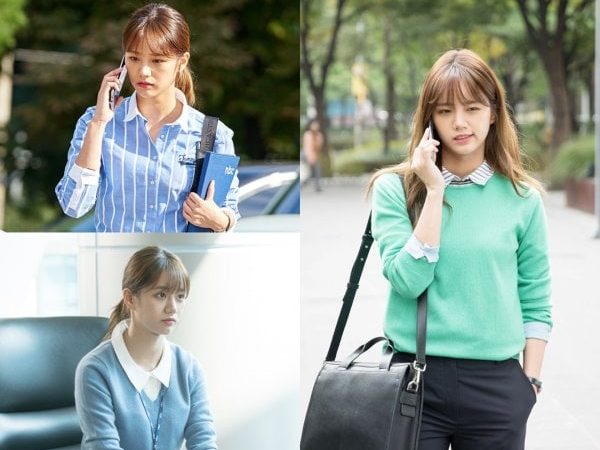 Following stills of Jo Jung Suk as a fierce detective, MBC’s upcoming drama “Two Cops” recently released new stills of Girl’s Day’s Hyeri, who will be playing the female protagonist of the drama.

Hyeri will be taking the role of an easygoing but rough local reporter named Song Ji An who runs through scenes of incidents like a bulldozer armed with guile and stubbornness. In the newly released stills, she looks impeccably neat and sharp in her career attire. The bag of her choice isn’t a normal lady’s purse but rather a large black carryall that seems to contain her tools for reporting.

In order to transform into a reporter who quickly reports the truth about social issues, Hyeri met with actual reporters in order to analyze professional characteristics, facial expressions, actions, and gestures. She stated, “I’m happy and excited to see the viewers through a drama after a long hiatus. Thanks to the actors and production crew who are being considerate to make the set comfortable, I am having a lot of fun filming [the drama].”

“Two Cops” is a fantasy investigative drama that revolves around a detective possessed by a swindler (played by Jo Jung Suk) and a hard-working local reporter who work on solving crimes together. The drama will air in November after the end of “20th Century Boy and Girl.”