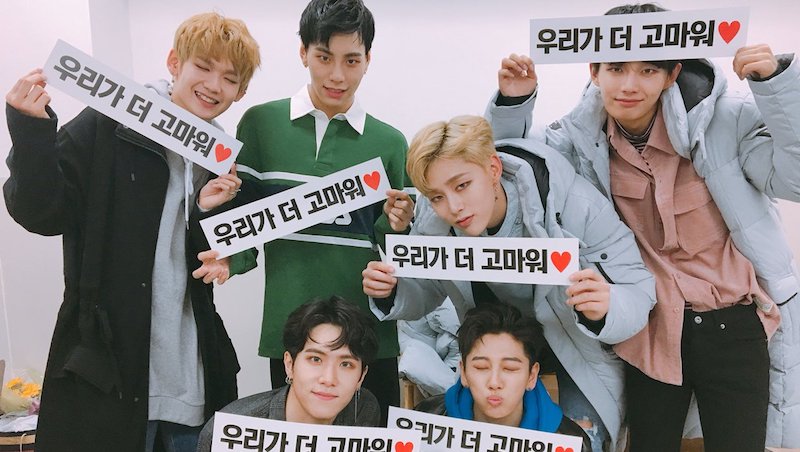 JBJ Names Their Goals For 7 Months Of Promotions

During their debut showcase, JBJ talked about some of their goals for their time together!

JBJ is made up of eliminated trainees from “Produce 101 Season 2” that fans imagined would make a great group. During their debut showcase, Kenta said, “Since we’re promoting for seven months, we only have one award ceremony [season]. So this year I want to receive an award, even if it’s just a small one.”

Noh Tae Hyun commented, “There are many fans who are sad and say that seven months is a short time. I think of the next seven months, starting from October 18, as our exam period.” He added, “I want to do the exam well and be by our fans’ side for a longer time, even if it’s short.”

“Our resolution is to get a perfect score on this exam and be with our fans for the longest time possible,” he said.

Kim Dong Han said, “If it’s possible, I would like to win first place on a music show in the next seven months and sing our song as an encore together with our fans.”

JBJ made their debut on October 18 with their mini album “Fantasy,” featuring the title track of the same name.