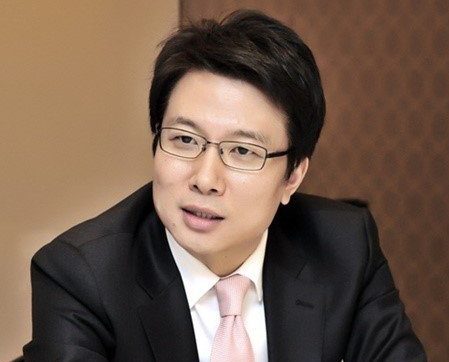 Previously on August 22, announcers belonging to the MBC press labor union issued a statement denouncing the director and urging his resignation in front of the MBC Sangam headquarters.

On October 16, 28 MBC announcers announced their official complaint against the director in front of the Seoul Prosecutor’s Office. They claimed, “After receiving the instructions to put unfair labor practices into action, director Shin Dong Ho put those practices into action without hesitation. We will sue him to reveal the truth and to put him under the judgement of the law.”

According to their statement, director Shin Dong Ho was directly involved in the unjust transfer of 11 announcers who were involved in the 2012 MBC strike, and also excluded them during broadcasting production sites. He did not notify them of the transfer nor did he mention the reason as to why, refusing requests for interviews. They also pointed out that the director unhesitatingly checked whether the other announcers were in contact with or had exchanges with the unfairly transferred announcers. The director was also accused of conducting unfair personnel evaluations, and for creating a hostile, unsettling environment in which announcers felt they may be fired at any moment.

“As announcers whose career is to speak in front of a microphone, [the director] has taken away our freedom of speech. We believe that Shin Dong Ho is no longer a media figure as he has violated the democratic foundation of freedom of press. Since Kim Jae Chul’s system in 2010, Shin Dong Ho has been the chief of the department for three years and then director for five years. By doing things the same way, he has caused the fall of the history of the MBC announcer department.

At the end of their statement, they stated that this statement’s purpose was for MBC’s national press labor union to apply the laws set by the Ministry of Employment to Director Shin Dong Ho to ensure that what has happened will not occur again.

You can read the full statement below:

“The reasons are as follows:

“Shin Dong Ho has been the director of the announcer department for the last five years, and for the duration of his administration, he has practiced unjust labor practices.

“He was directly involved in the unfair transfer of 11 announcers who took part in the 2012 strike and excluded them at broadcasting production sites, causing them unspeakable psychological suffering.

“During their transfer, not only did Shin Dong Ho not notify the announcers, but he also did not provide reasons as to why, and even refused interview requests regarding the transfer, showing an inhuman side of himself.

“Shin Dong Ho also inspected whether other announcers kept in contact or had exchanges with the transferred announcers.

“Through unacceptable personnel evaluations, he created an undemocratic, hostile, anxiety-filled environment in which any announcer felt they could be fired at a moment’s notice.

“As announcers who stand and speak in front of a microphone, he has muzzled us and taken away our freedom of speech.

“We see this as a brutal violation of our democratic foundation and right to freedom of press and that Shin Dong Ho is no longer a figure in media.

“Shin Dong Ho also began interfering with radio news, a program that is the foundation and core of an announcer’s career and identity, by inserting third parties into its management, thereby refusing to take responsibility for his dereliction of duty.

“In addition, as many announcers resigned due to the humiliation of ‘working while facing a wall,’ the broadcasting station solely pursued their own desires.

“Shin Dong Ho was also an accomplice to the MBC Board of Directors when the managing board kicked out and silenced newly budding critics of MBC.

“The Ministry of Employment along with the MBC national press labor union must make the unfair labor practices of MBC into a clear example.

“Moreover, as the NIS delivered a document regarding MBC’s work to former president Kim Jae Chul, we can no longer delay action. In the name of the 28 announcers present as well as the national press labor union and MBC, we hope that Shin Dong Ho who has committed all kinds of unfair labor practices, will be judged under the fullest extent of the law.

“For the collapsed MBC as well as the MBC announcer department, it is imperative that there be investigations on past mistakes and someone take responsibility for them. We hope that MBC will once again be the citizens’ choice as we submit this resolution.

“As much as the board of directors has stood before the law, it is only right that Shin Dong Ho as their accomplice be judged by the law as well.

“Just as suing Shin Dong Ho was in view of one person’s crooked ambition and greed, we hope that we will learn from this lesson and never have to repeat this again.”