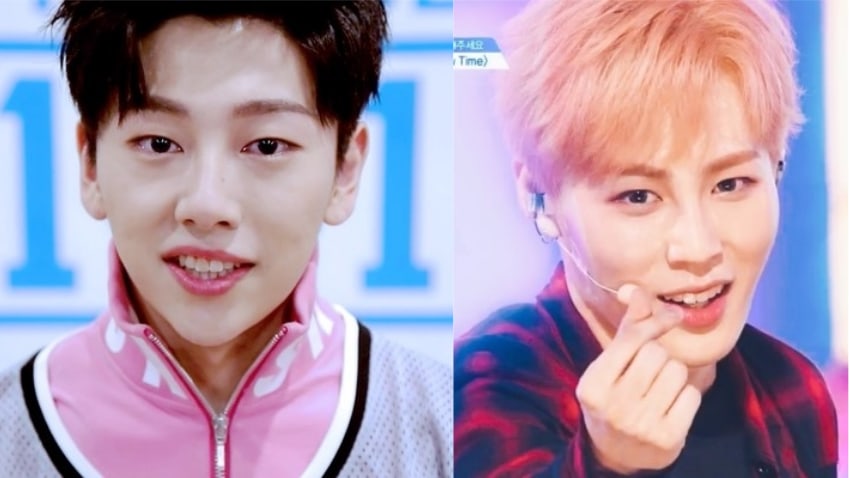 On October 18, JBJ held a press conference to commemorate the release of their debut mini-album “Fantasy.” During the conference, member Noh Tae Hyun opened up about the other groups that were created through “Produce 101 Season 2.”

Noh Tae Hyun expressed, “We’re going to promote as the same time as Wanna One, RAINZ, and other ‘Produce 101 Season 2′ friends, and we are thankful to even be considered friendly competition.”

On his own group JBJ, he stated, “We are an idol group that’s just starting out. Although competition is competition, because we are a fan-made group, I think we will probably have more promotions for the fans. I think one of our strengths is that we made our fans’ dreams come true.”

As Wanna One debuted earlier than JBJ and are technically their seniors in the industry, Noh Tae Hyun commented, “I met Wanna One’s Ha Sung Woon a while ago (Ha Sung Woon and Noh Tae Hyun are both members of HOTSHOT). He told me he had seen our teaser and thought it looked cool and joked that I should just address him as my senior.” This was ironic as before Noh Tae Hyun debuted as JBJ, he and the other HOTSHOT members had previously said that Ha Sung Woon would have to treat them as senior artists.

Meanwhile, JBJ debuted on October 18 at 6 p.m. KST with their mini-album “Fantasy.”