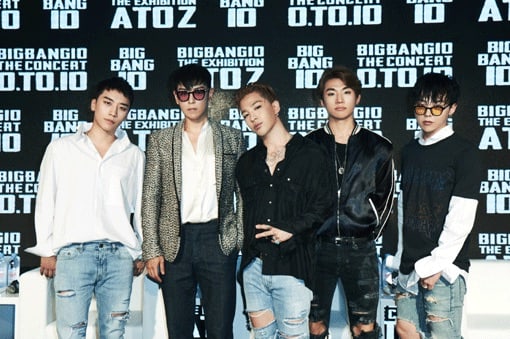 On October 19, YG Entertainment announced that BIGBANG will be holding year-end concerts at Gocheok Sky Dome in Seoul.

Following their release last December, the group will be holding their concert “BIGBANG 2017 Concert in Seoul” on December 30 and 31. Due to T.O.P serving his military service, he will not be able to perform at the concert.

The members have had a busy year with individual promotions in 2017. G-Dragon released his solo album “Kwon Ji Yong” and went on his “ACT III, M.O.T.T.E” tour. Taeyang also had a solo comeback and went on his “WHITE NIGHT” tour.

Daesung focused on his Japanese promotions and released a mini album. Seungri has worked on a variety of projects including DJing, Jiu-Jitsu, and more.

Meanwhile, BIGBANG will start a Japanese dome tour on November 18. They are the first foreign artist to hold a dome tour in Japan for five consecutive years.