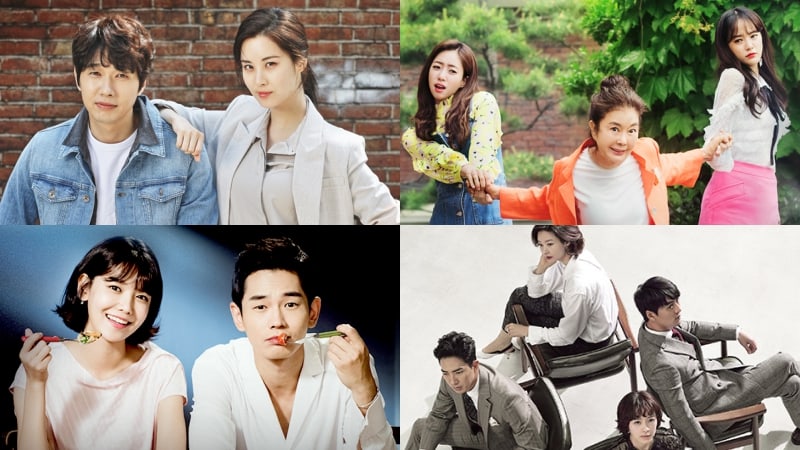 4 MBC Dramas To Pause Broadcasts In Support Of Strike

On October 19, the MBC drama union headquarters of the National Union of Mediaworkers revealed through an official press release that four dramas will be going off-air.

Starting on October 22 at 9 p.m. KST, broadcasts of dramas “Bad Thief, Good Thief,” “All Kinds of Daughters-in-Law,” “Man Who Sets the Table,” and “Return of Bok Dan Ji” will be paused.

The press release reads, “Union members of the drama headquarters already delayed the first broadcast of ’20th Century Boy and Girl’ two times, preparing for the program to take a hit in order to strongly demand the resignation of management. It was an incident where we felt excruciating pain while watching dramas of other networks dominate through the absence of the MBC drama.”

The union continues, “The current management is ignoring the fact that they are the greatest barriers for recovering MBC’s competitive edge. Facing management with lack of shame and unprecedented impudence, the union members of the drama headquarters are once again demanding their resignation through an unprecedented way of fighting.”

The press release ends with the demand for the management including president Kim Jang Gyum to resign immediately and concludes, “The relaying halt of dramas will become a signal of your end in the near future and the victory of our strike.”

The MBC company-wide strike began on September 4, and all MBC variety shows are currently off-air.

MBC
Bad Thief Good Thief
Return of Bok Dan Ji
Man Who Sets the Table
All Kind of Daughters-in-Law
How does this article make you feel?