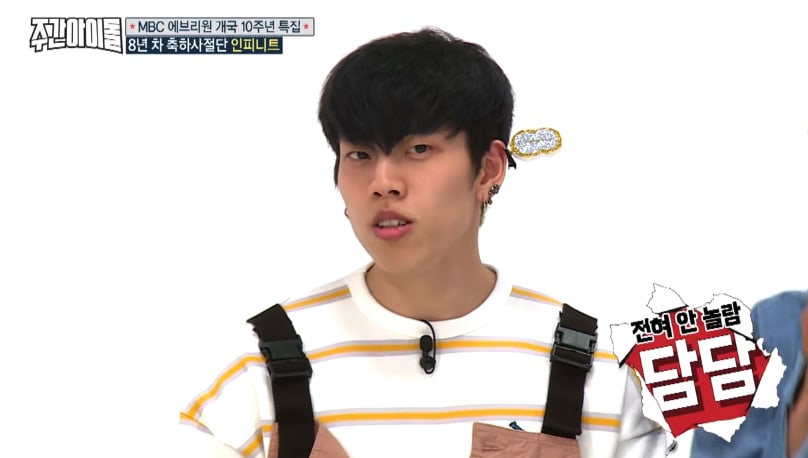 During the October 18 broadcast of “Weekly Idol,” it was revealed that INFINITE’s Dongwoo had gotten scammed six times so far.

“I heard from Sunggyu that if Dongwoo sleeps for four hours in a day, then the other 20 hours are spent being super happy and optimistic,” said MC Jung Hyung Don. “I get it from my parents,” Dongwoo responded.

Jung Hyung Don then asked Dongwoo if he got scammed a lot, to which he replied, “Yes, I’ve gotten scammed six times so far.” It was then revealed that they were all car buying scams. 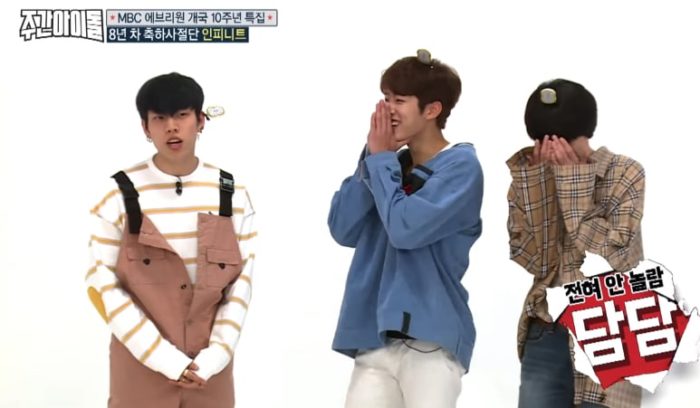 “Did you end up with unregistered cars or something?” asked Defconn, to which Jung Hyung Don chimed in, “No, he couldn’t even see the cars.”

Member Sungyeol then explained, “Dongwoo trusts people too easily, so he just sends the money right away.”

Jung Hyung Don added while laughing, “Sunggyu gave Dongwoo some advice, telling him not to trust people too easily, and Dongwoo happily replied, ‘I’ll just be careful next time!'” 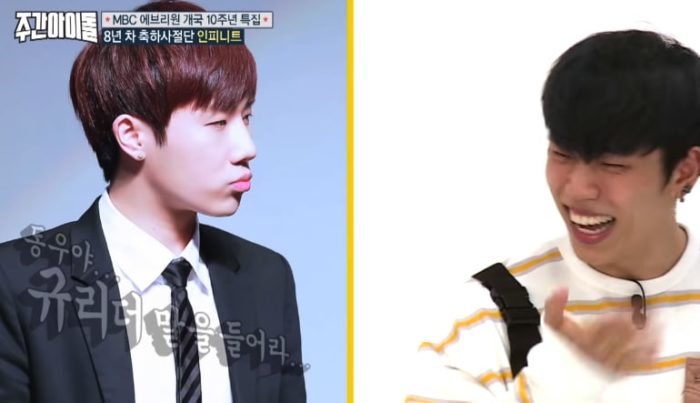 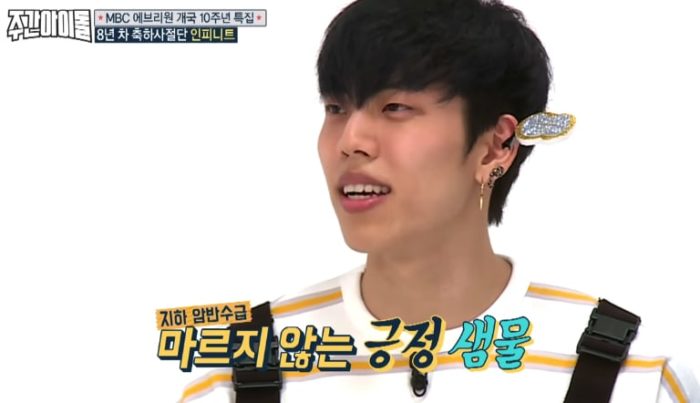 DongWoo
INFINITE
Weekly Idol
How does this article make you feel?