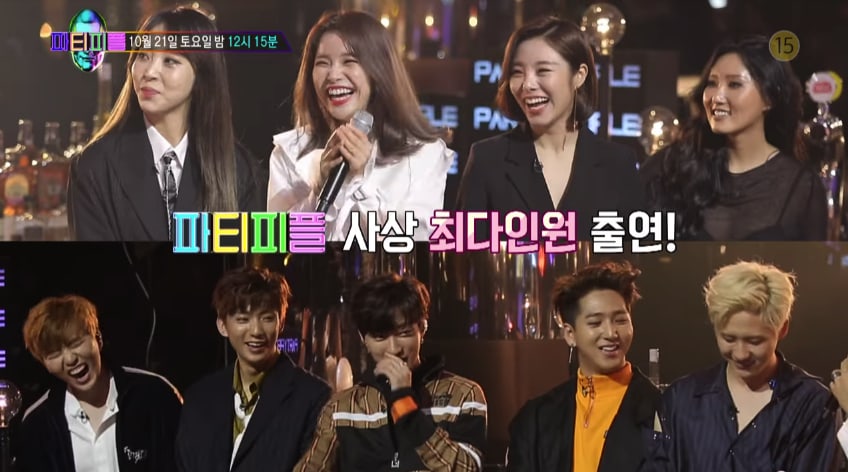 “JYP’s Party People” has released a teaser video for the final episode of their first season!

The preview starts off with MAMAMOO and B1A4 rocking the stage with their awesome performances. It then gets revealed that both groups only have members with either blood type A or B. The nine idols split up by blood type and end up forming “B4A5.” The members of MAMAMOO then point out that the choreography of B1A4’s “Rollin'” reminds them of their own choreography for “Yes I Am.”

Meanwhile, you can watch the latest episode of “JYP’s Party People” at the link below!