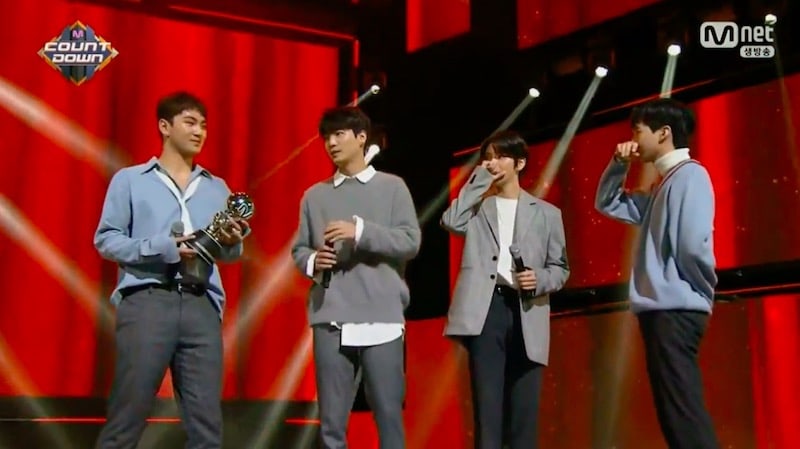 Watch: NU’EST W Takes 1st Ever Win With “Where You At” On “M!Countdown,” Performances By Taemin, GOT7, BTOB, Highlight, And More

Today was a historic day for NU’EST as their unit NU’EST W grabbed the group’s first ever music show win on “M!Countdown”! In addition, the show was full of epic comeback and debut performances.

On the October 19 episode of “M!Countdown,” NU’EST W’s “Where You At” and GOT7’s “You Are” were both nominated for the win. NU’EST W took first place with a score of 9,521 to GOT7’s 7,705. This is the first time that NU’EST has won on a music show since their debut in 2012, and leader JR was initially speechless.

“Thank you for supporting us,” he then said. “Thank you to our family and fans who have kept supporting us. Thank you so much.” The guys then got plenty of love and congratulations from fellow artists including GOT7 and BTOB members.

BTOB – “Missing You” (BTOB’s Twitter has stated that their performance is being re-uploaded, but here’s the fancam version for now!)

Highlight – “Can Be Better”