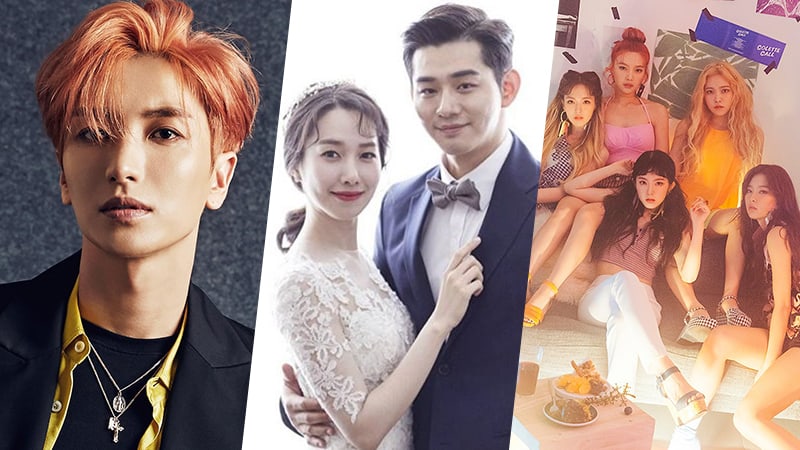 SM Entertainment vocal trainer and former Black Beat member Jang Jin Young is getting married to actress Kang Hae In tomorrow, and it looks like the wedding will be supported by SM family!

According to a source from the industry, Super Junior’s Leeteuk will be officiating the wedding and Red Velvet will be singing the congratulatory song. It was further reported that singer Kim Sung Pil and TRAX’s Jay will also be singing at the wedding.

After debuting in 2002 through SM Entertainment’s boy group Black Beat, Jang Jin Young remained in the agency and became a vocal trainer to groups like Super Junior, EXO, SHINee, Red Velvet, and more. He also appeared in the shows “Sister’s Slam Dunk Season 2” and “Idol School.”

After dating for approximately 10 years, Jang Jin Young and Kang Hae In will be tying the knot on October 21. Congratulations to the couple!