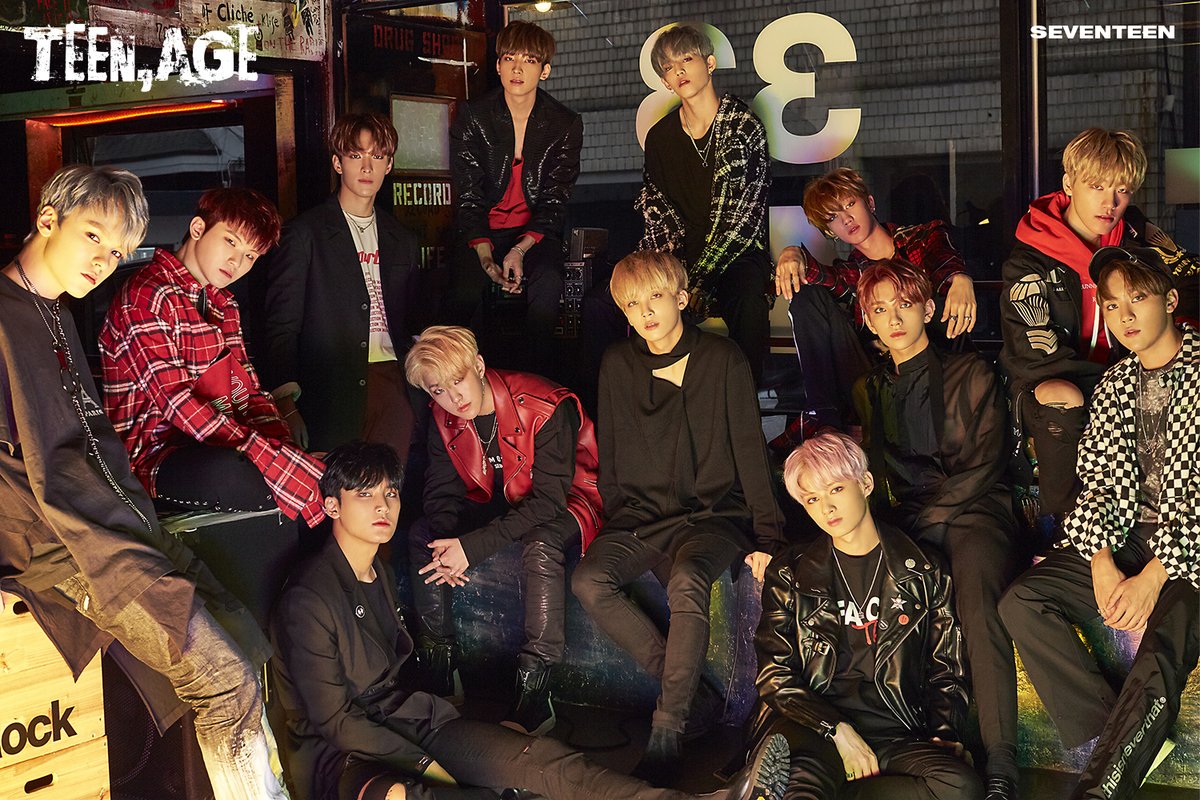 SEVENTEEN has released a highlight medley for their second album “TEEN,AGE”!

Get a quick listen to each of their tracks below.

SEVENTEEN has hinted at what fans can expect with their new physical album!

It appears there will be four versions, and each of them will come with a photo book, photo card, desktop stand, folding poster, name sticker, and a regular poster. There is also a “special poster” that seems to be limited edition.

SEVENTEEN has now released a track list for their much-anticipated second album!

The track list for their album “TEEN,AGE” reveals that the group’s title track will be “Clap.” It was co-composed by Woozi, Bumzu, and Park Gi Tae, and features lyrics by Woozi, Bumzu, Jeonghan, Hoshi, Mingyu, DK, and Seungkwan.

In addition to the group’s four recently released unit songs, the members have also teamed up in other units for new tracks. The album includes the song “Shoot Me Before You Go” (working title) by Hoshi and Woozi; “Flower” by S.Coups, Jeonghan, Wonwoo, The8, Seungkwan, and Dino; “Rocket” by Joshua and Vernon; and “Hello” by Jun, Mingyu, and DK.

Including an intro and outro, the album will have thirteen tracks in total. 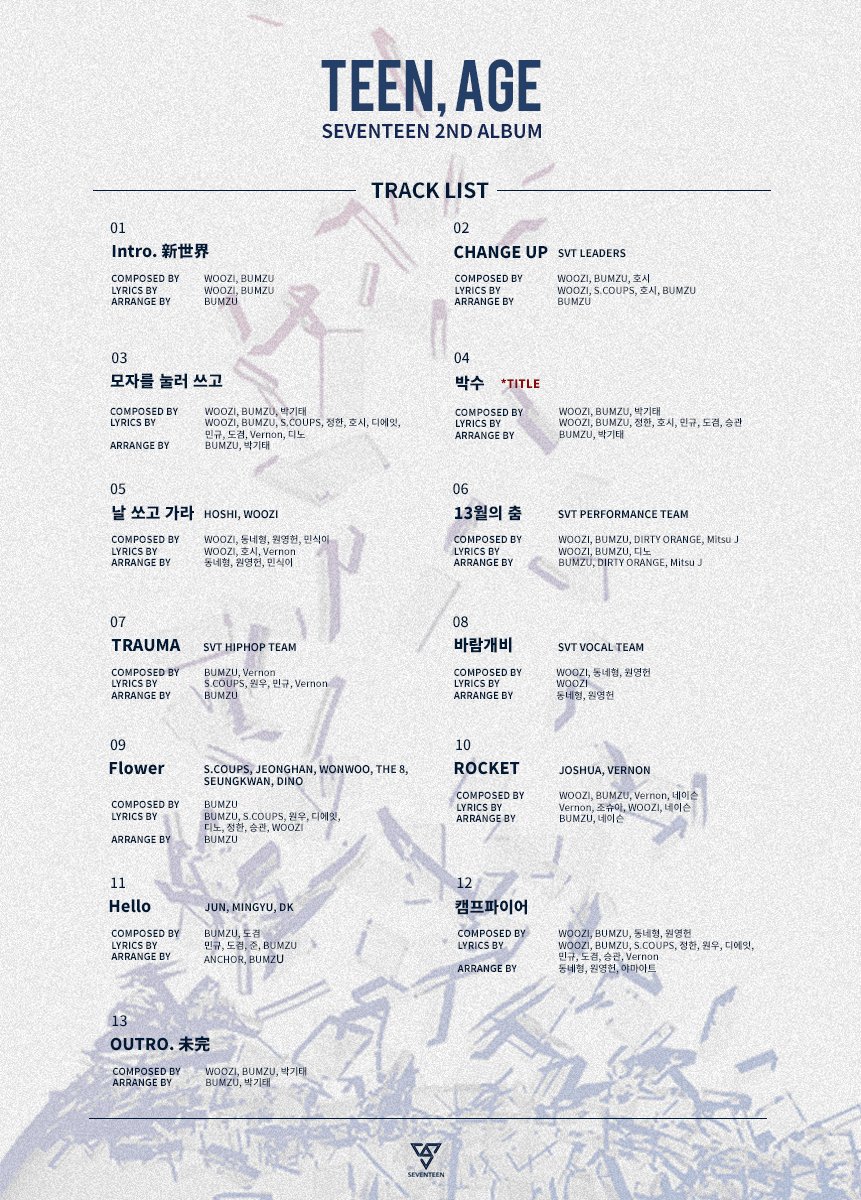 SEVENTEEN has dropped more individual concept photos and one group teaser for their upcoming comeback “TEEN’AGE!” 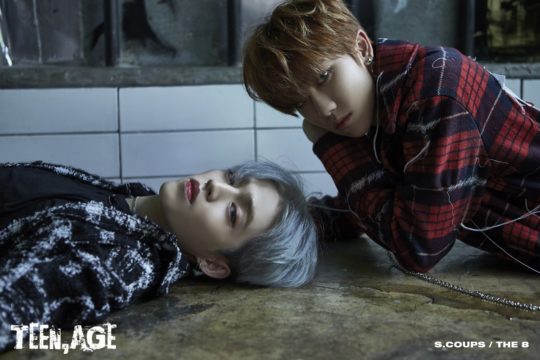 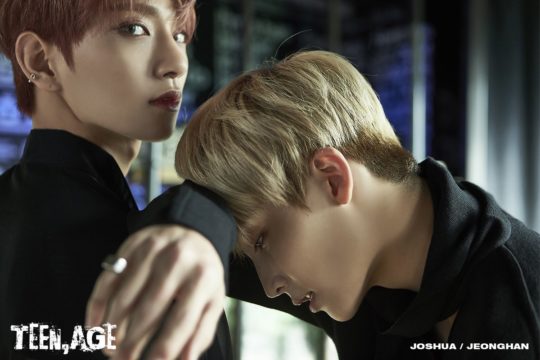 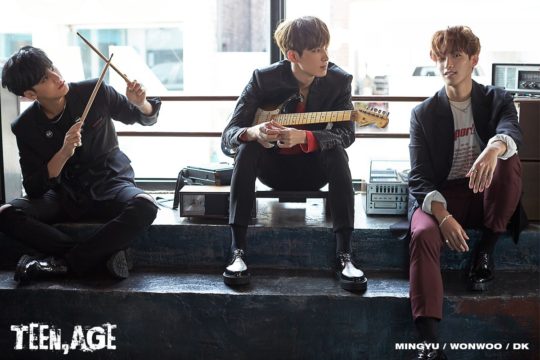 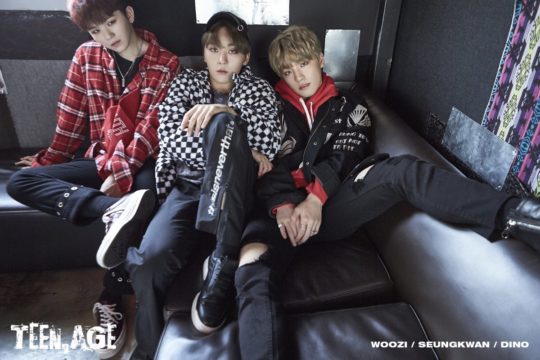 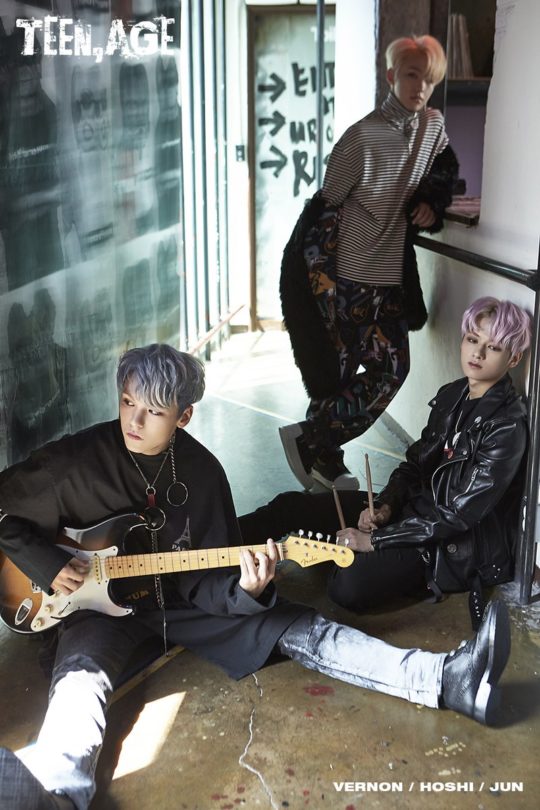 SEVENTEEN’s second studio album is due out on November 6 at 6 p.m. KST. 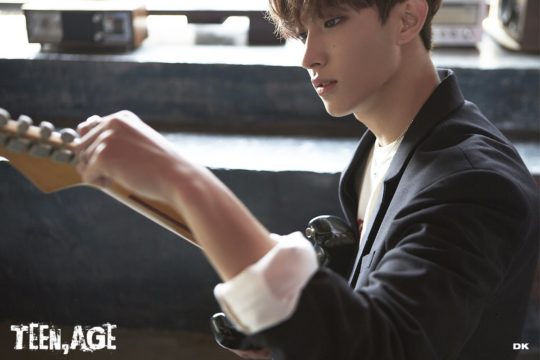 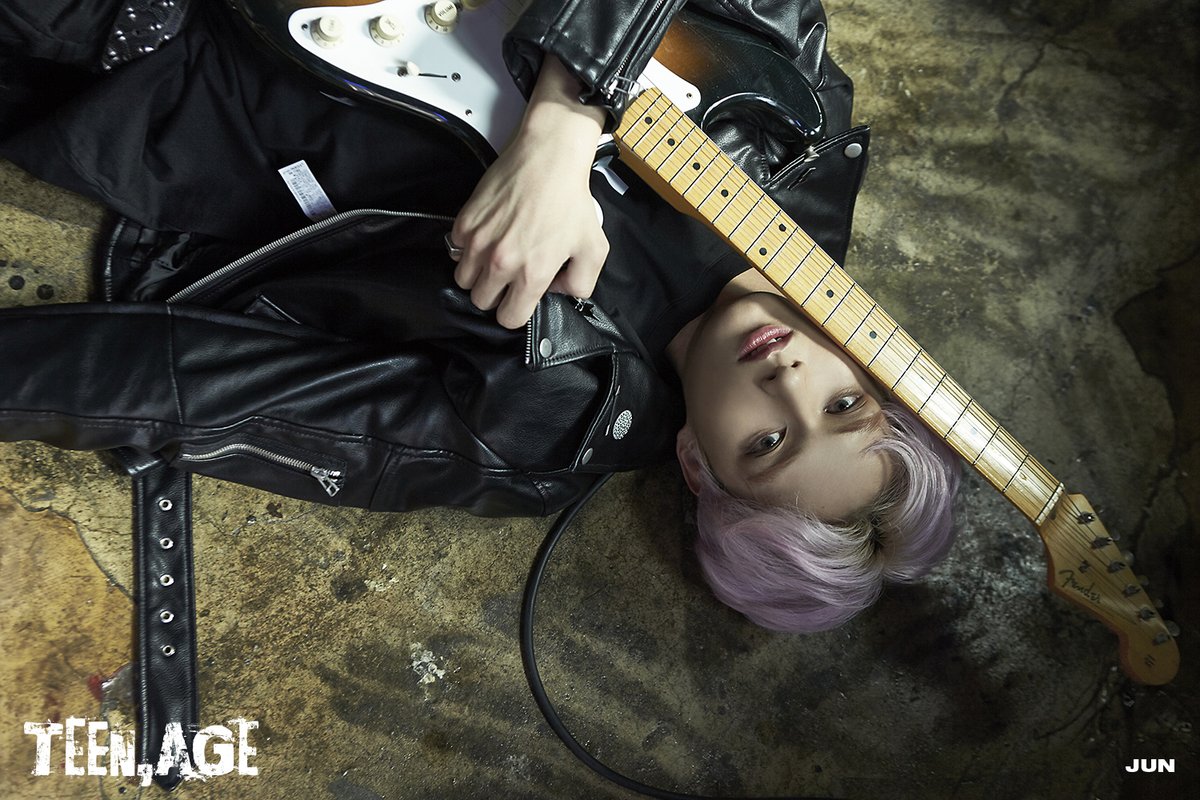 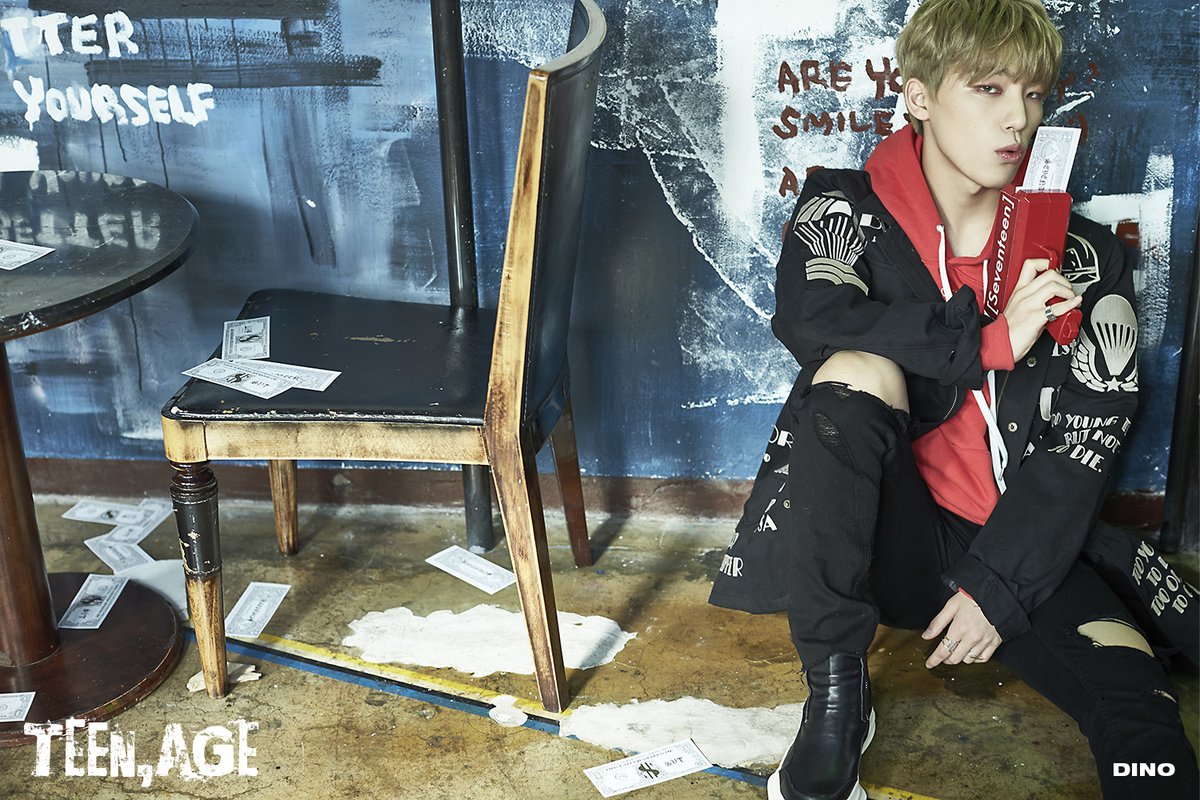 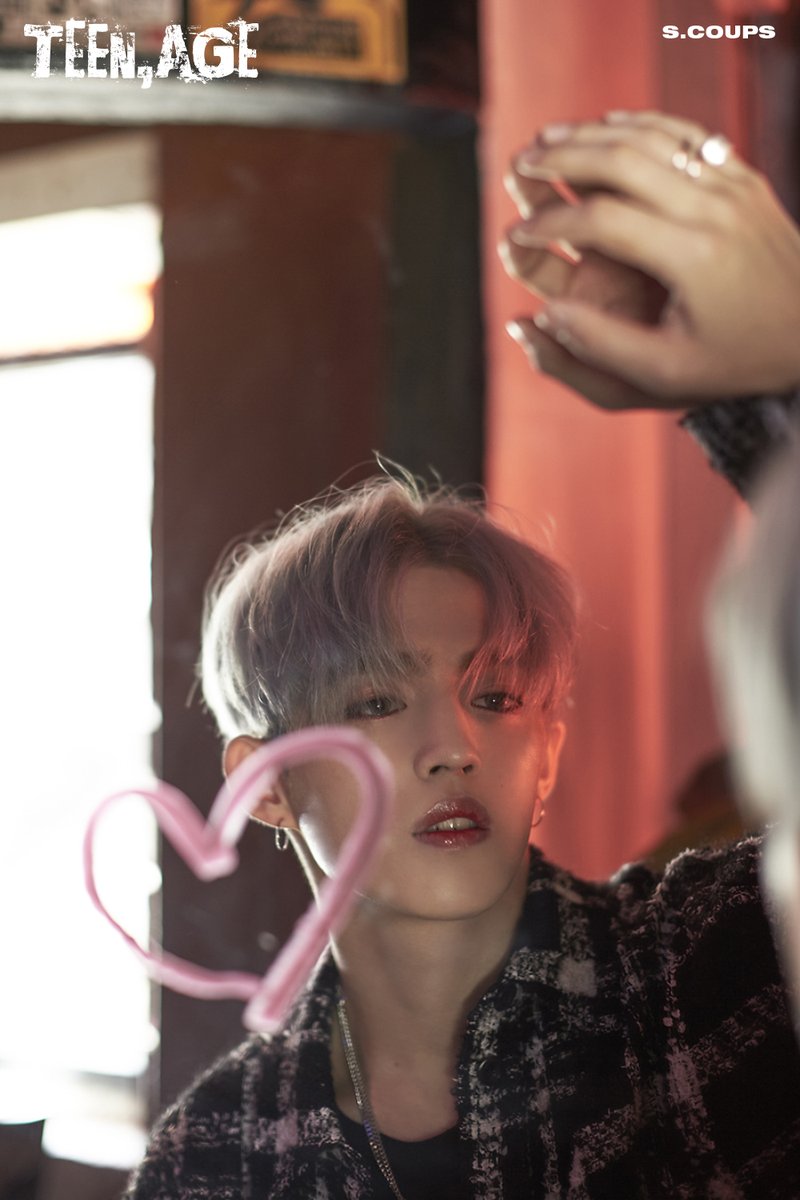 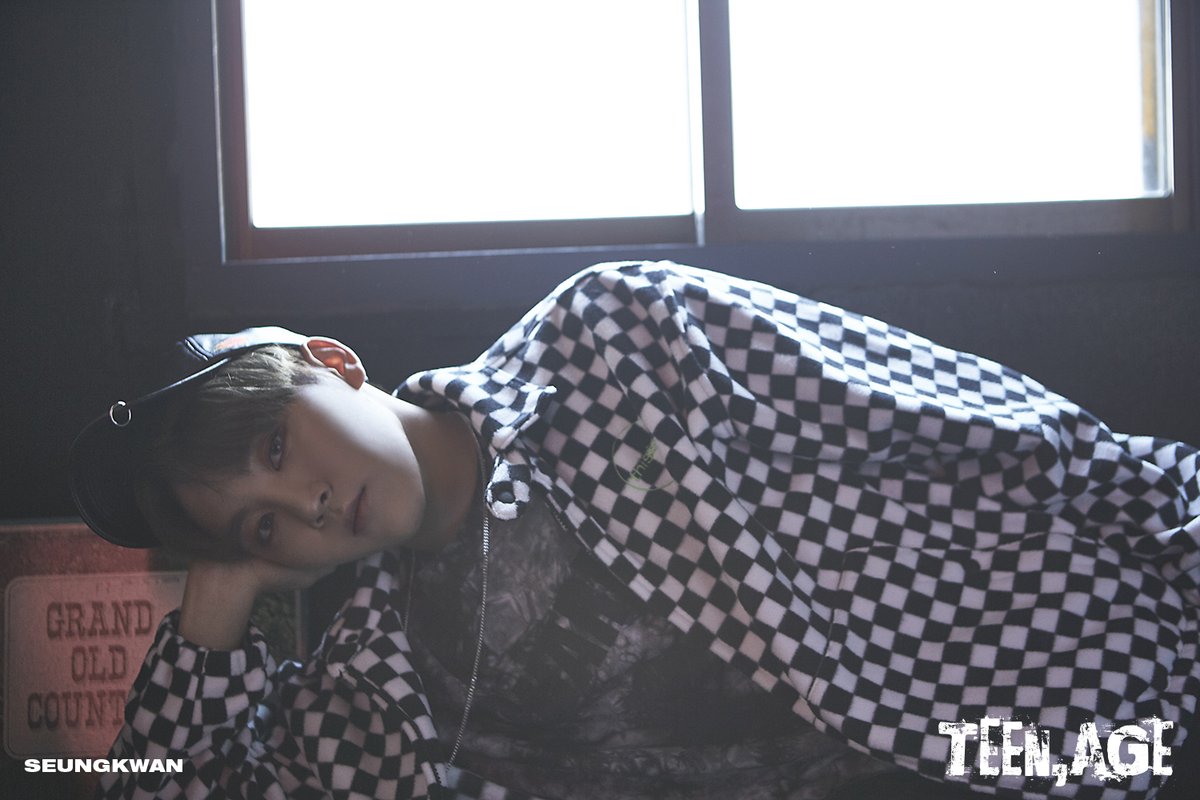 SEVENTEEN has now shared concept photos for members Mingyu, Joshua, Woozi, and The8 ahead of their return with “TEEN,AGE”! 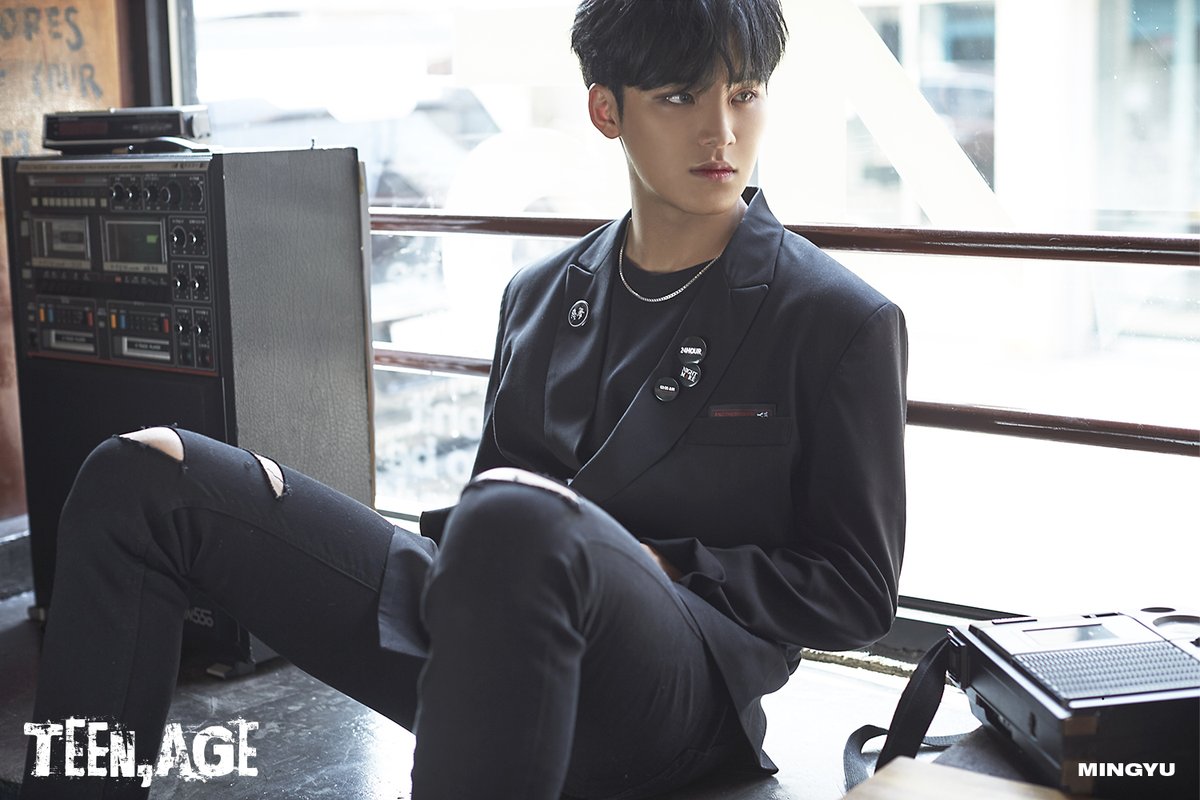 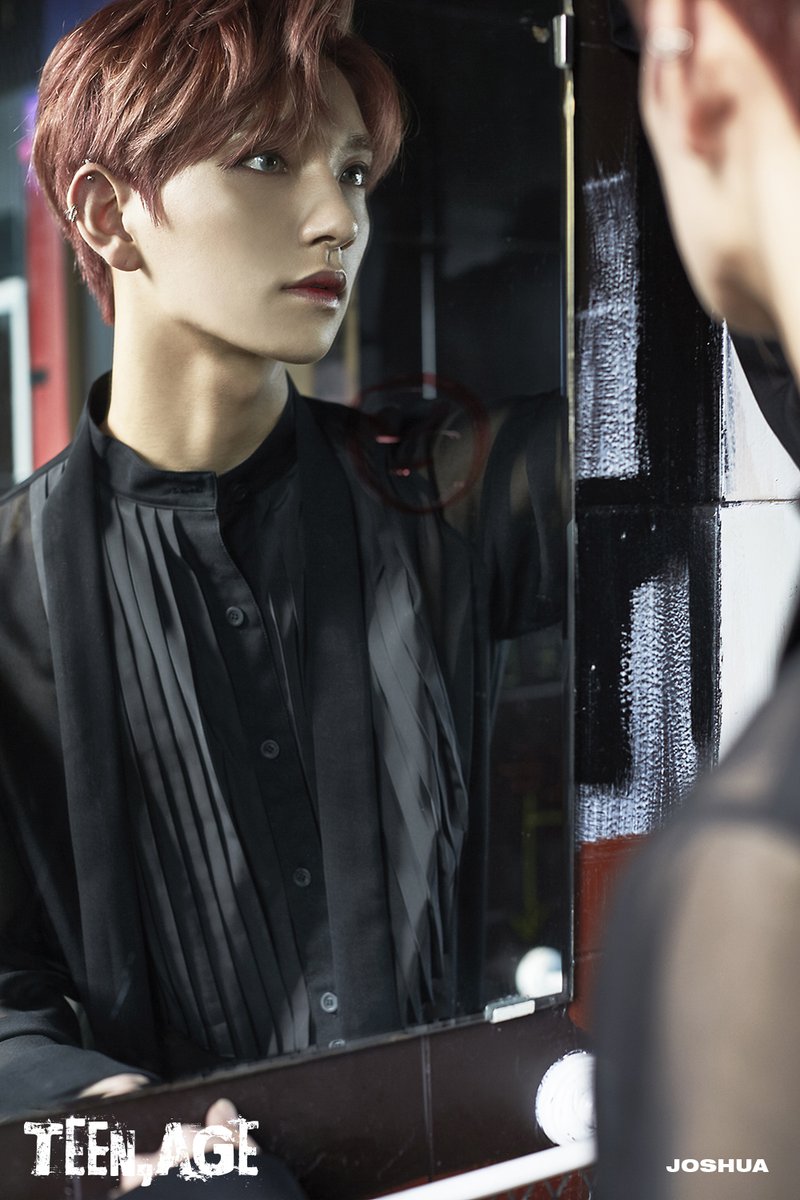 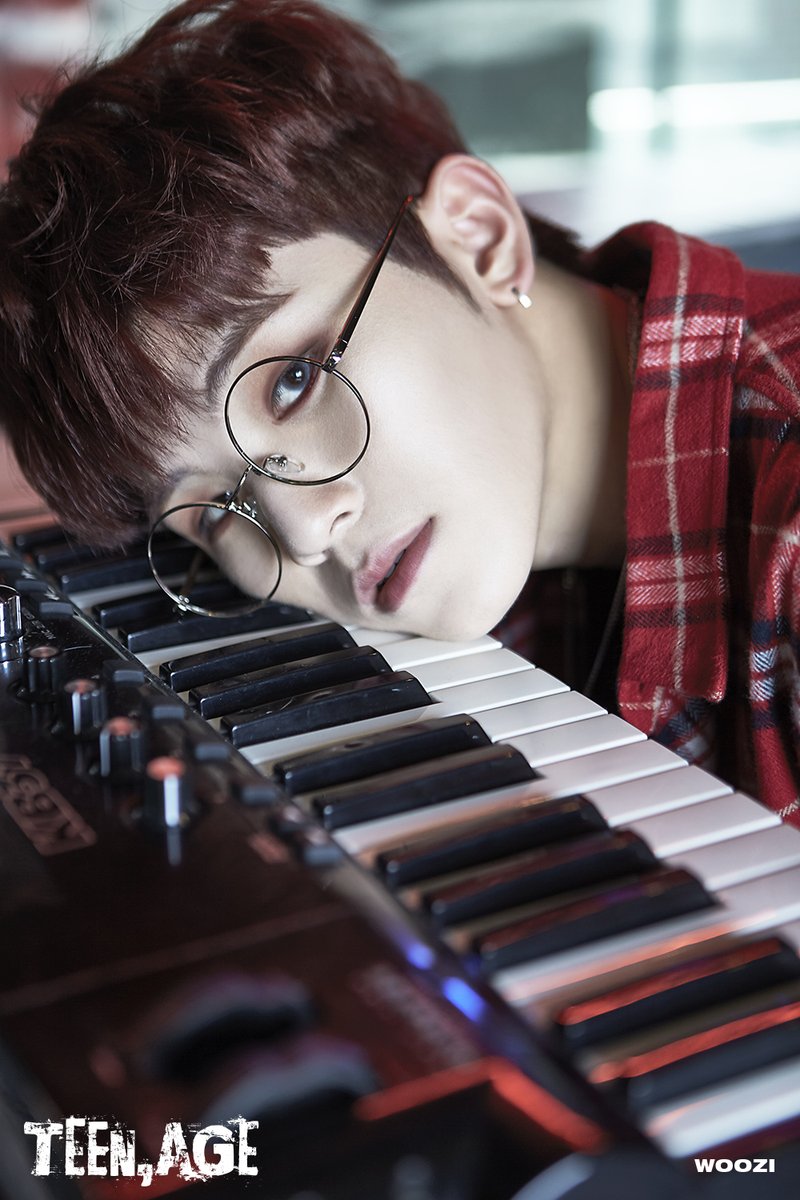 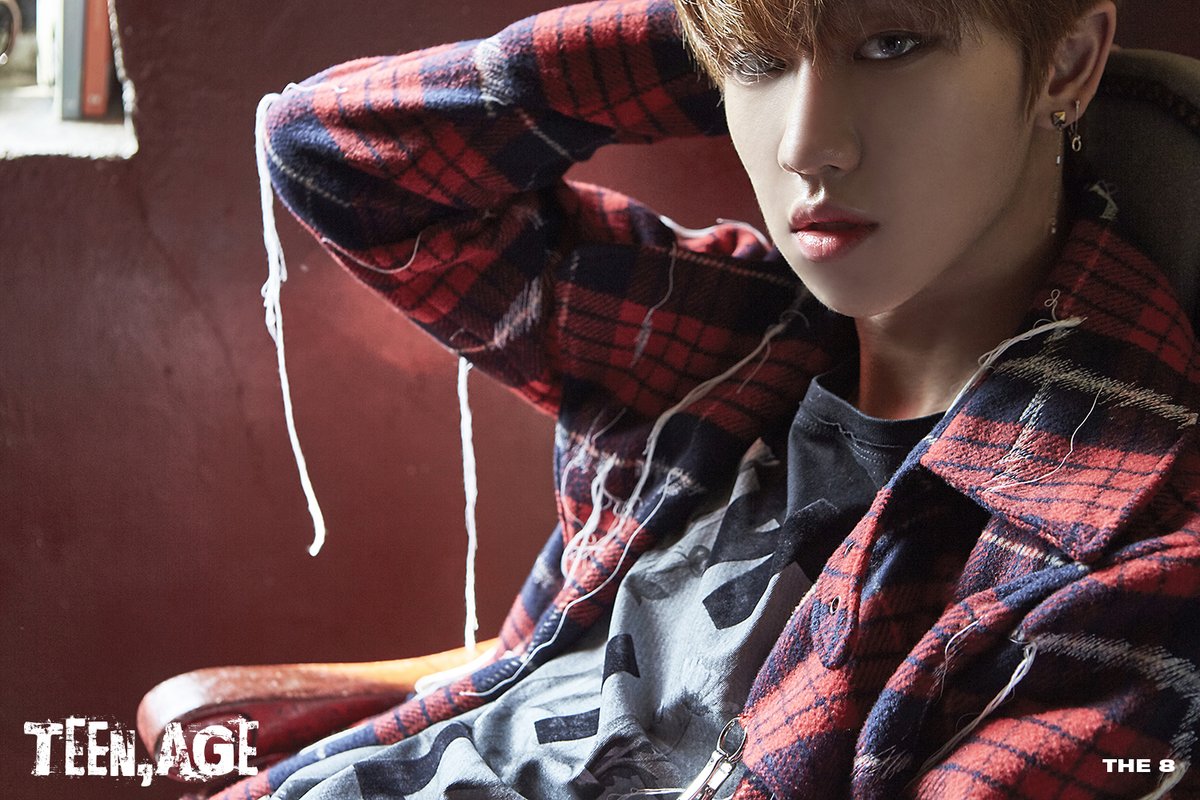 SEVENTEEN has unveiled the first look at their concept for their second album “TEEN,AGE”! 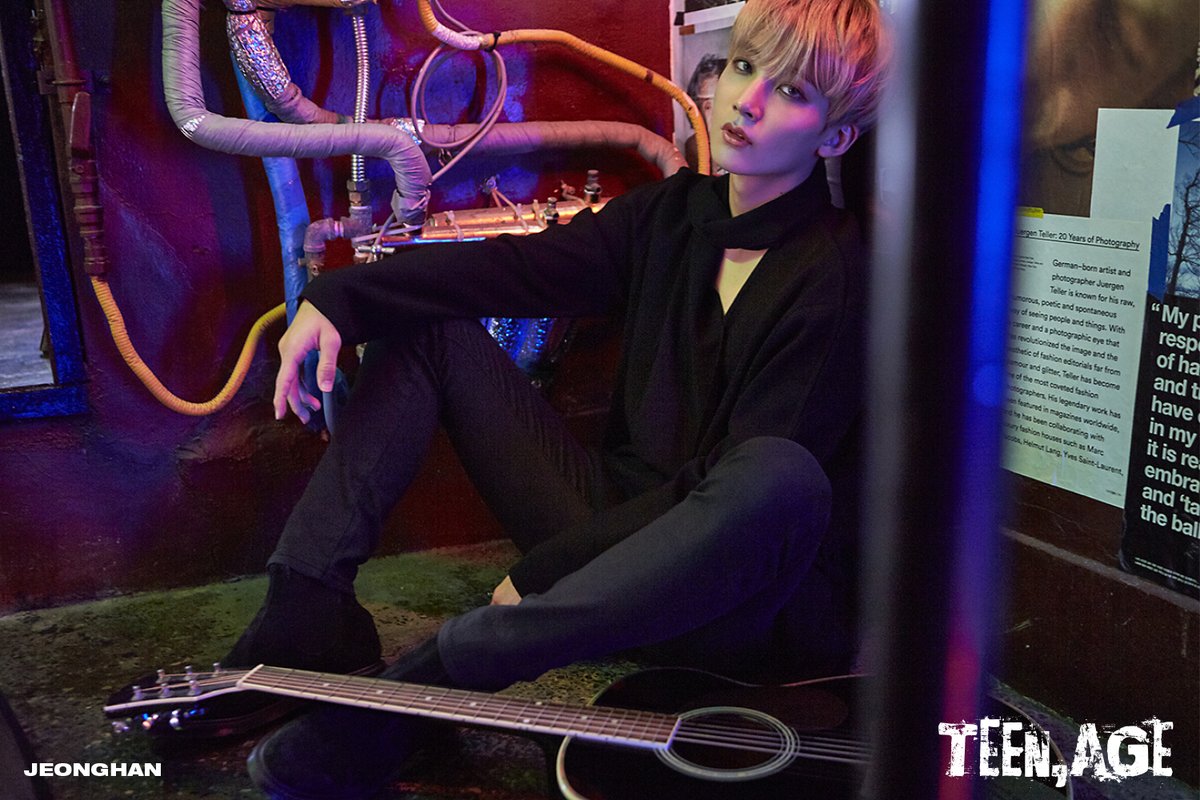 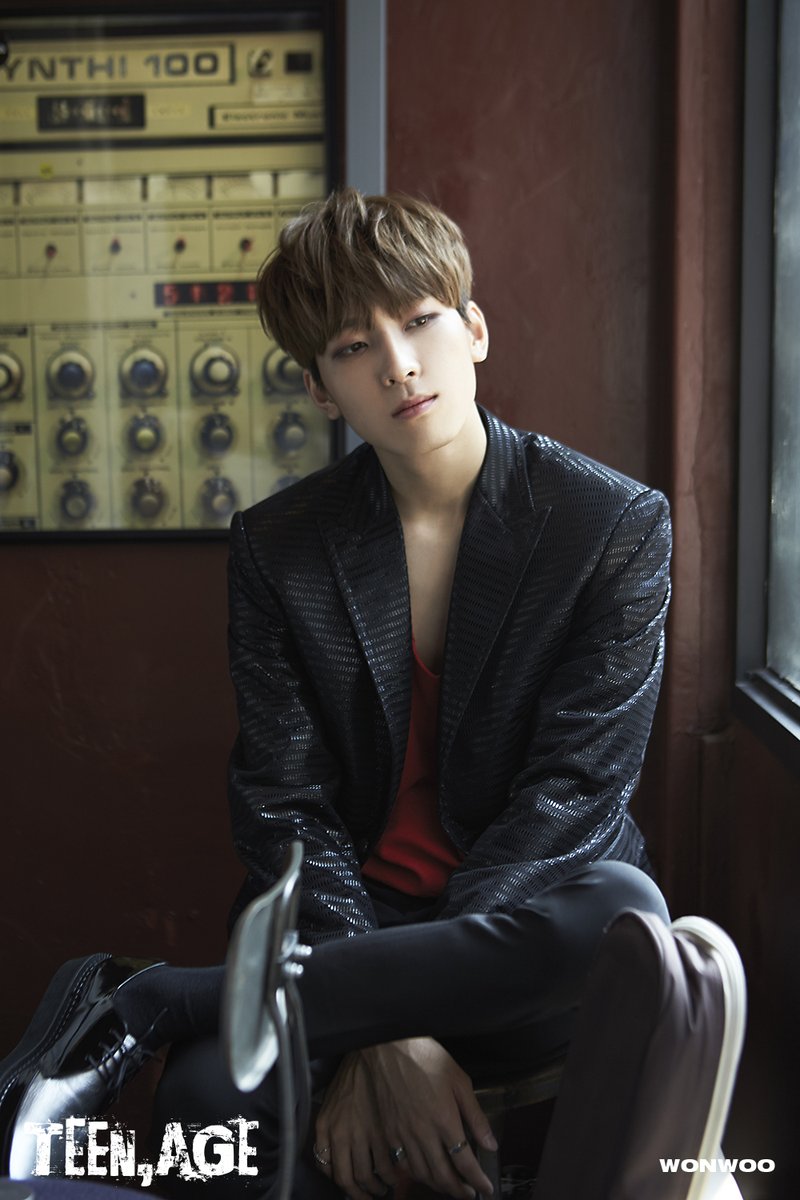 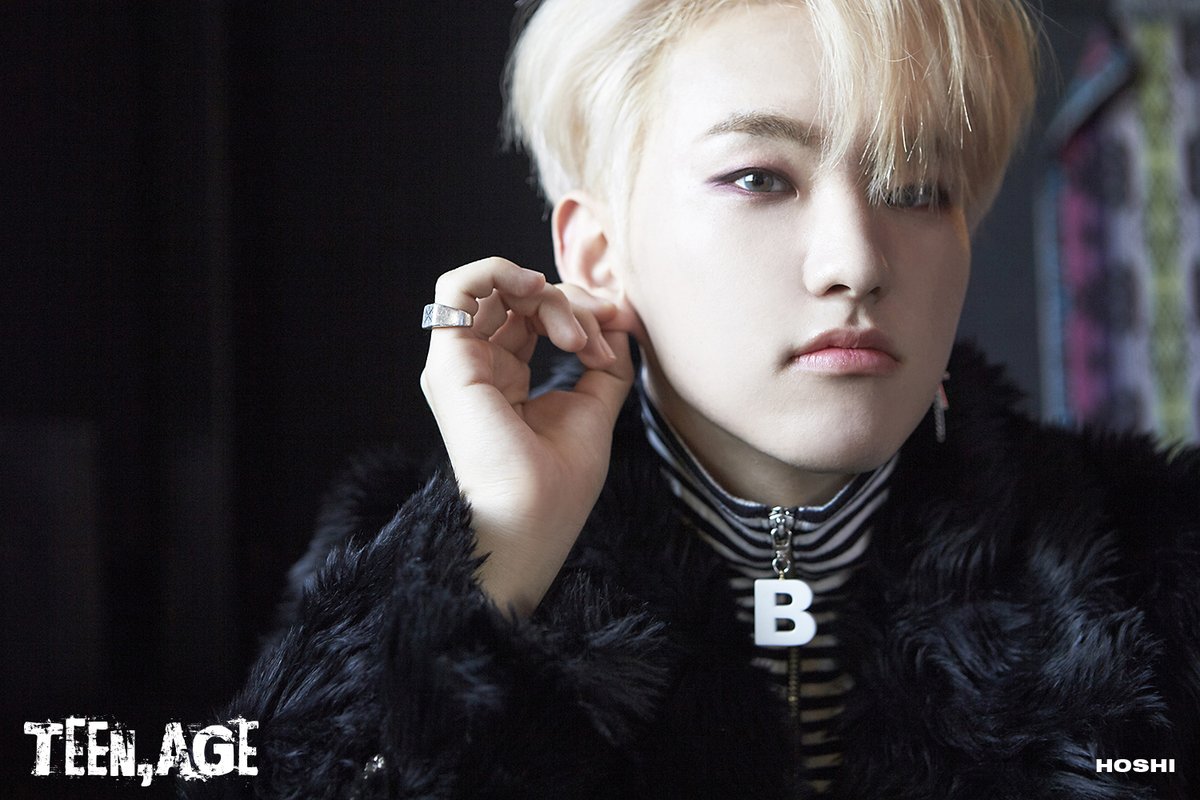 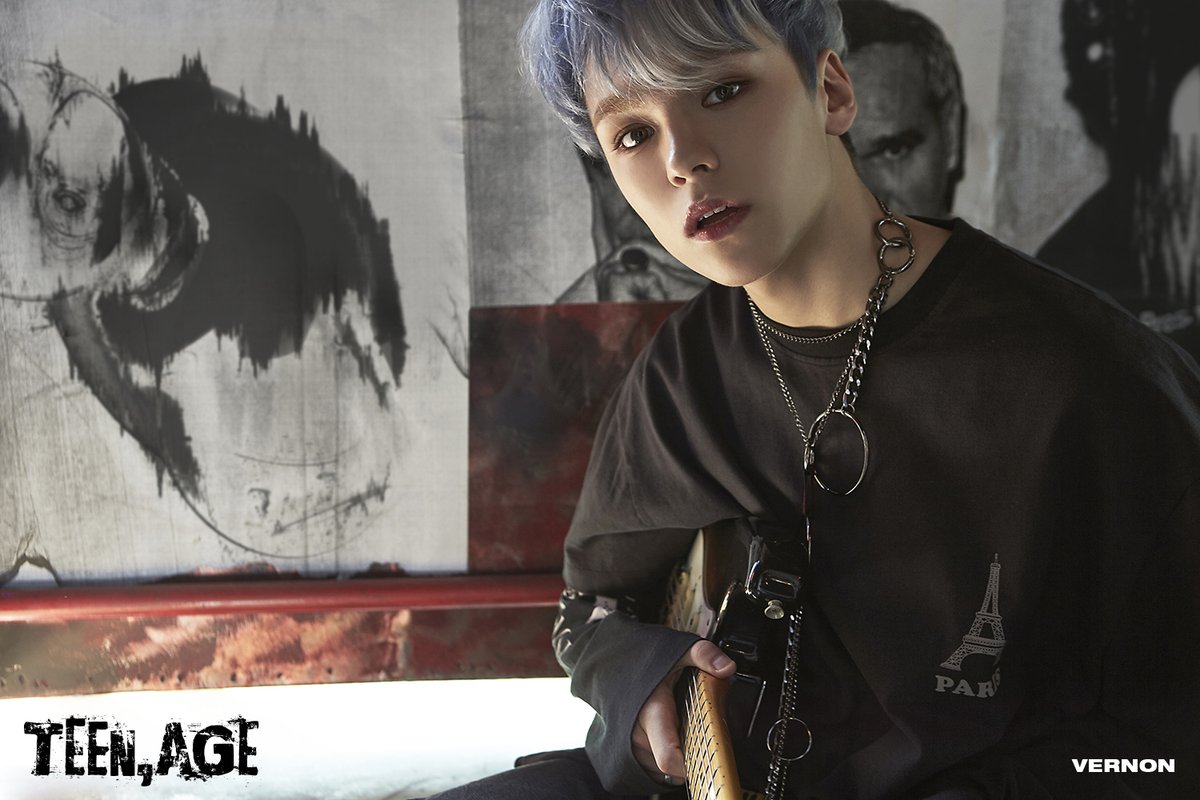 SEVENTEEN has shared some new details about what we can expect as we look forward to their return!

On October 20, the group released a schedule for their return with their new album, which is the third chapter of their “2017 SEVENTEEN PROJECT.” The schedule reveals that the album will be entitled “TEEN,AGE.”

SEVENTEEN’s second full album is due out on November 6 at 6 p.m. KST. The first teaser will be concept photos on October 23!

Check out the full list of what’s in store in their schedule below. 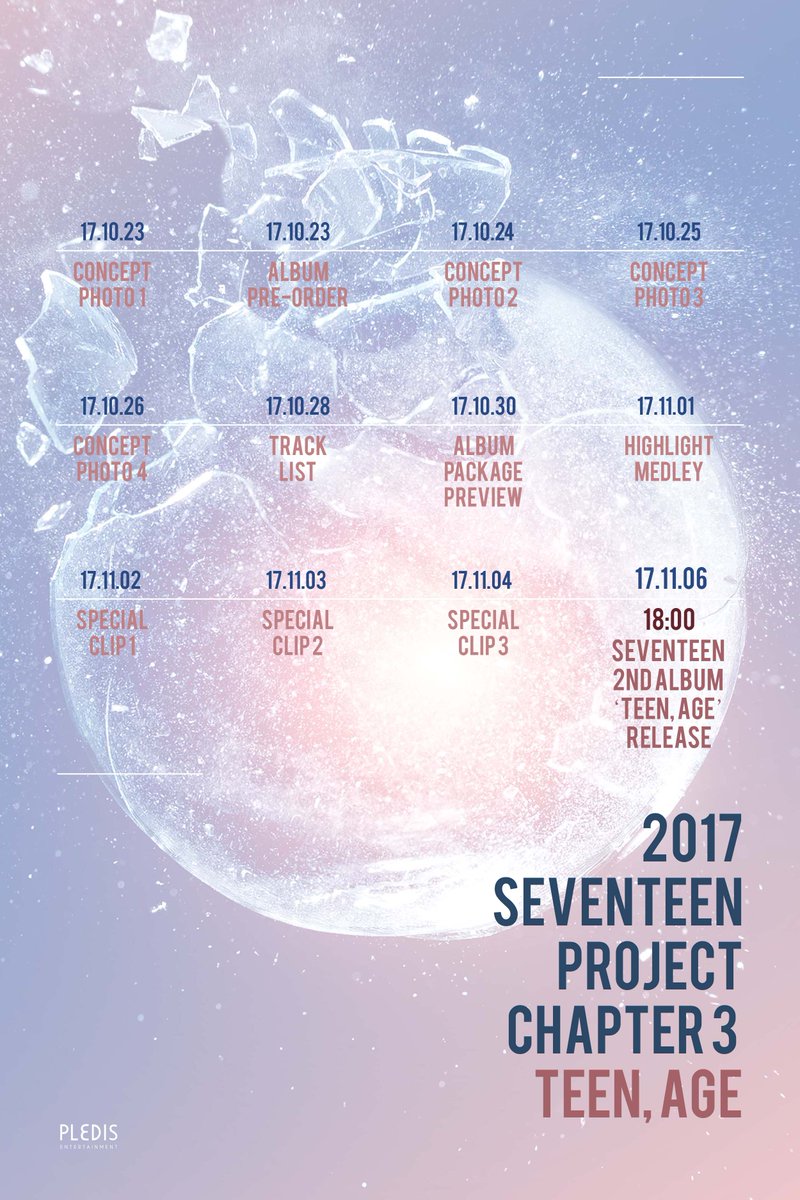 Ahead of their comeback, SEVENTEEN released a series of four unit tracks each week, beginning with the unit leaders’ “Change Up.” The hip hop unit then released “Trauma,” the performance unit shared “The 13th Month’s Dance,” and the vocal unit wrapped things up with “Pinwheel.”

According to the group’s poster for their unit releases, chapter one of their “2017 SEVENTEEN PROJECT” was their mini album “Al1,” while “Change Up” was chapter two. The three unit releases that followed were “chapter 0.5.”

Are you excited for the next chapter in SEVENTEEN’s epic 2017 project?