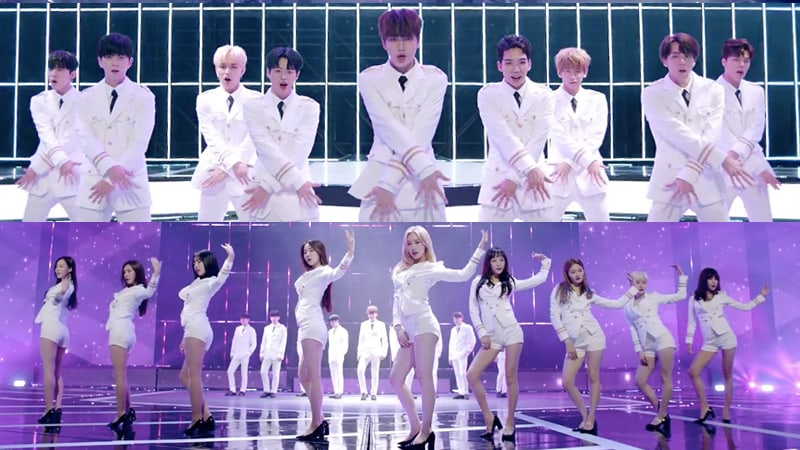 Introducing “The Unit” Idols Already Shining In The Spotlight As Centers

“The Unit” is a survival show that aims to give idols a second chance at success, and nine female and nine male contestants will be chosen for finalist project groups.

Before the show begins later this month, “The Unit” has released some individual teasers and two music videos so far, with “My Turn” including all 126 contestants and “Last One” showcasing the guys. The MV for the track “My Turn” features both male and female contestants performing on stage, and has been described as the idols’ first mission. 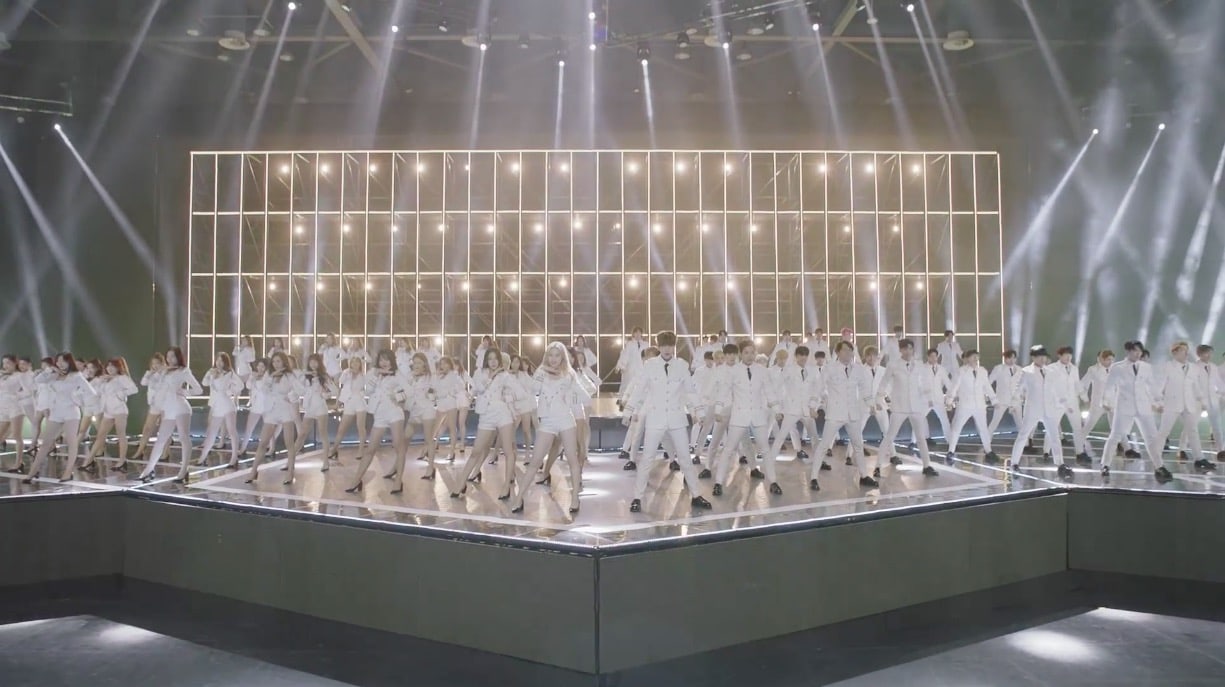 “The Unit” has not yet released a list of all 126 participants who made it past the auditions earlier this month, but with K-pop fans being well-trained as detectives, all they needed was an MV (and a “making-of” video) to put names to most of the faces.

Nine male and nine female contestants were chosen to be the centers for the “My Turn” MV, and both teams of centers get to perform separately from the whole group. It hasn’t been revealed yet how the centers were chosen, and there’s a mix of both well-known and newer stars in these talented groups.

Find out who fans have spotted in the first “The Unit” center groups below! 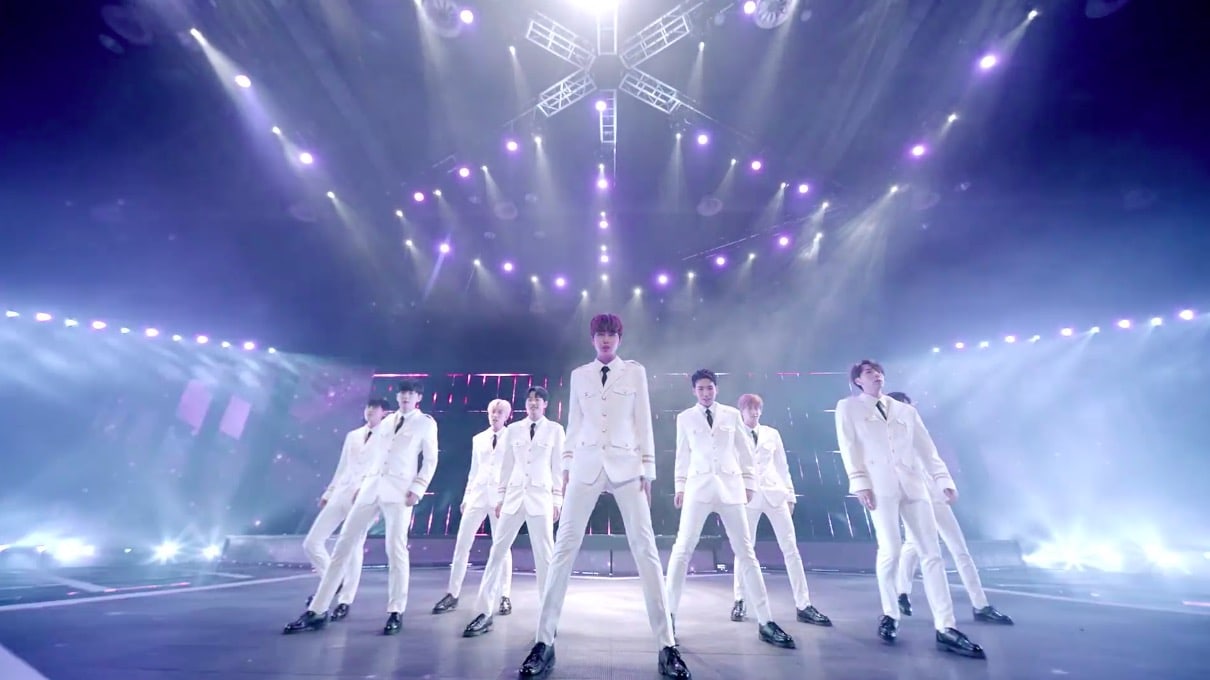 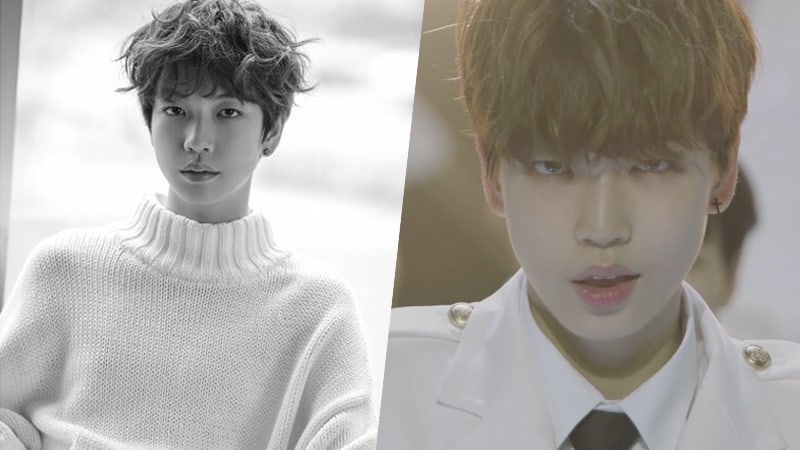 IM member Kijoong appears to be the main male center in the music video for “My Turn,” and also stands at the very front in the “Last One” MV.

IM is a four-member band under MBK Entertainment that only just made their debut on September 1 with the rock ballad “Sad Story.” Not much is known about them yet, although the group members have been described as vocalists that are also able to play instruments.

You can check out their MV below, with Kijoong being the first member to sing. 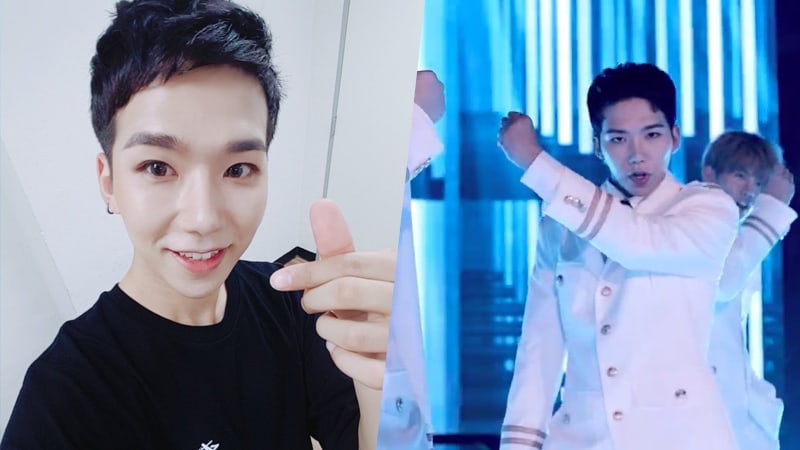 Watch Rokhyun’s cover of Bruno Mars’s “Versace on the Floor”: 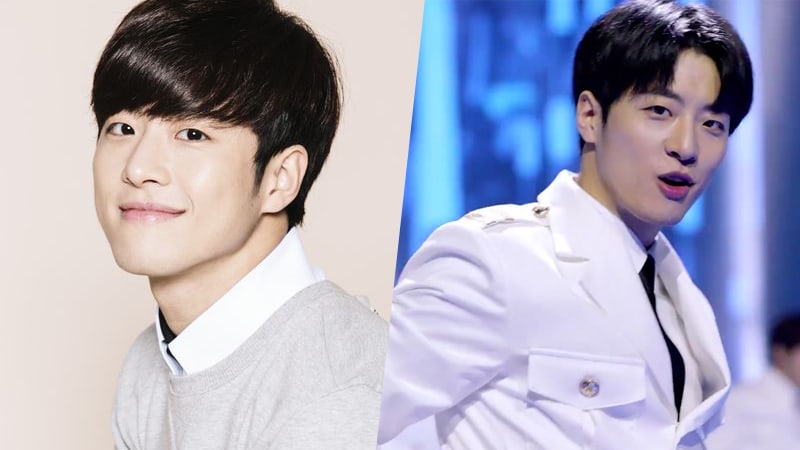 Feeldog (born February 26, 1992) is part of the five-member Brave Entertainment group BIGSTAR, which debuted in 2012 and most recently promoted the track “Shine a Moonlight” in the fall of 2015.

Feeldog was a contestant on last year’s Mnet dance competition show “Hit the Stage,” where he became close with his now girlfriend Bora. He has also appeared in dramas including “Let’s Eat Season 1,” “Pure Love,” and more, and recently released the song “feel good” with fellow BIGSTAR member Jude.

Here’s one of his many great performances from “Hit the Stage”: 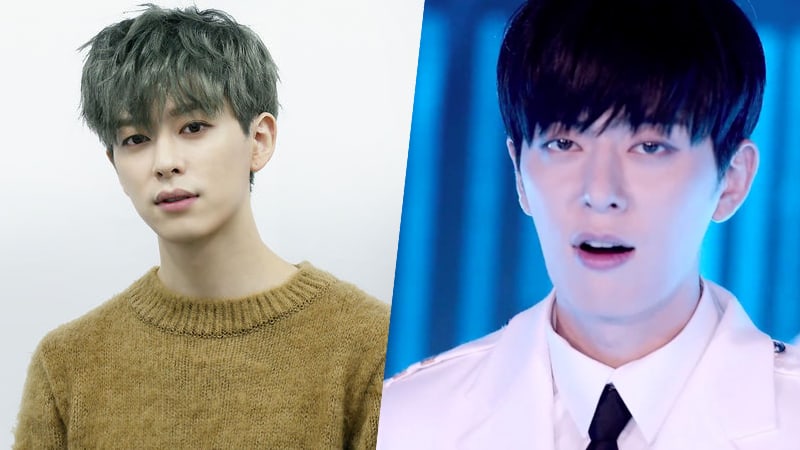 Boyfriend’s leader Donghyun (born February 12, 1989) has made it into the center group of “The Unit” for the first mission. Boyfriend is a six-member Starship Entertainment group that debuted in 2011. The group has recently largely been active in Japan, although they released the mini album “Never End” featuring the song “Star” in August after a Korean hiatus of over two years.

Check out Donghyun’s cover of Justin Bieber’s “Beauty and a Beat”: 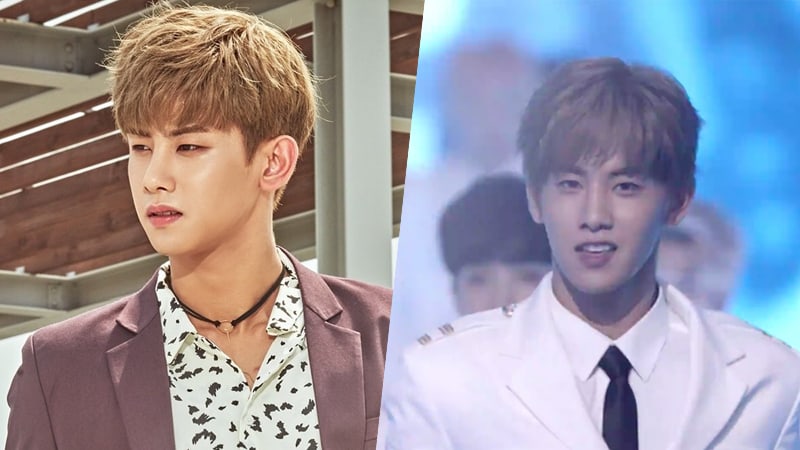 HOTSHOT is a six-member group that debuted in 2014, and experienced a boost in popularity after members Ha Sung Woon and Noh Tae Hyun competed on “Produce 101 Season 2” earlier this year. With Ha Sung Woon taking a spot in the show’s finalist group Wanna One and Noh Tae Hyun also gaining a fan following and now promoting in JBJ, two more of HOTSHOT’s members are now vying for a second chance at the spotlight by competing on “The Unit.”

Hojung (born October 20, 1994) is the group’s youngest member, and has taken a spot in the center group.

Watch Hojung perform HOTSHOT’s latest song “Jelly” below! He is wearing the jacket with white stripes. 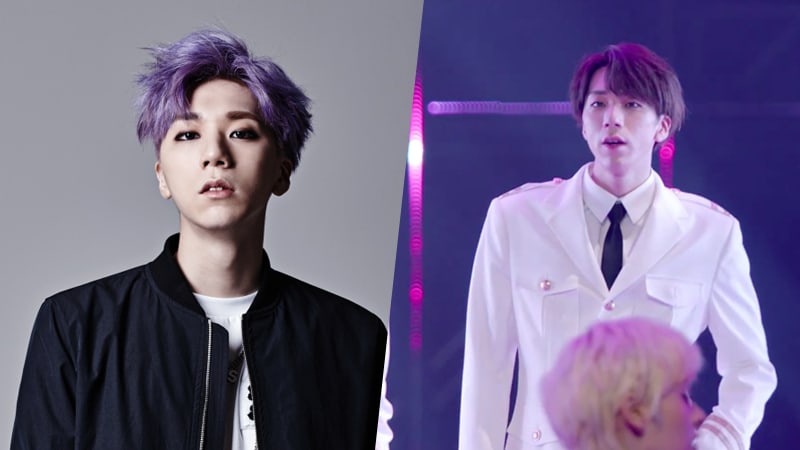 Timoteo (born January 25, 1993) is another HOTSHOT member to appear in the center lineup for this first mission. Timoteo was originally a child actor before spending many years as a trainee at SM Entertainment, where he became close friends with SHINee’s Taemin (a mentor on “The Unit”) and EXO’s Kai. The trio is also good friends with other idols including BTS’s Jimin, Ha Sung Woon of HOTSHOT and Wanna One, and more.

Watch a video of Timoteo dancing to his own choreography: 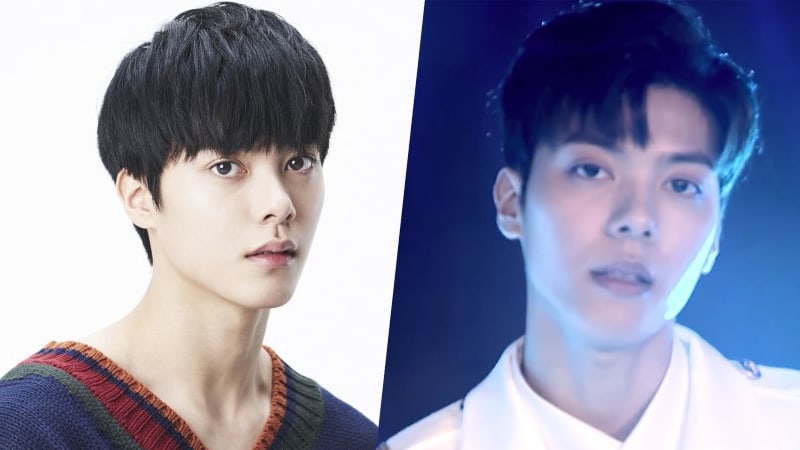 Ji Hansol (born November 21, 1994) is well known for being a former SM Entertainment trainee who was active with SMROOKIES, and many fans expected him to debut with an NCT unit. He is currently under an exclusive contract with the agency J-FLO Entertainment.

Watch a video of Ji Hansol dancing below: 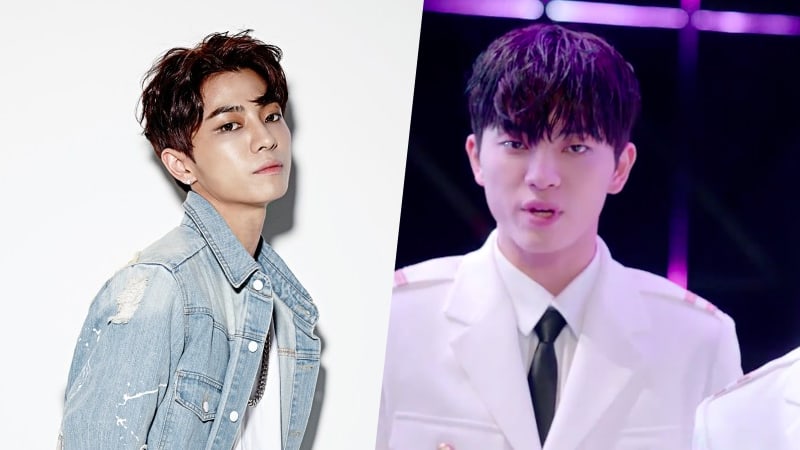 MADTOWN debuted under the agency J. Tune Camp (a subsidiary of J. Tune Entertainment, which was founded by Rain, the lead mentor on “The Unit”). When J. Tune Camp shut down in 2016, the group was sold to GNI Entertainment. However, the agency’s CEO was arrested for fraud only a few months later, completely stalling plans for MADTOWN’s comeback as all employees left the company and the members no longer even have a dormitory, let alone a manager.

MADTOWN is currently in a legal battle with the head of GNI Entertainment to dissolve their exclusive contracts. Amid all this, Lee Geon and his fellow member Daewon are competing on “The Unit,” and Lee Geon was selected as a member of the center group for the first mission. 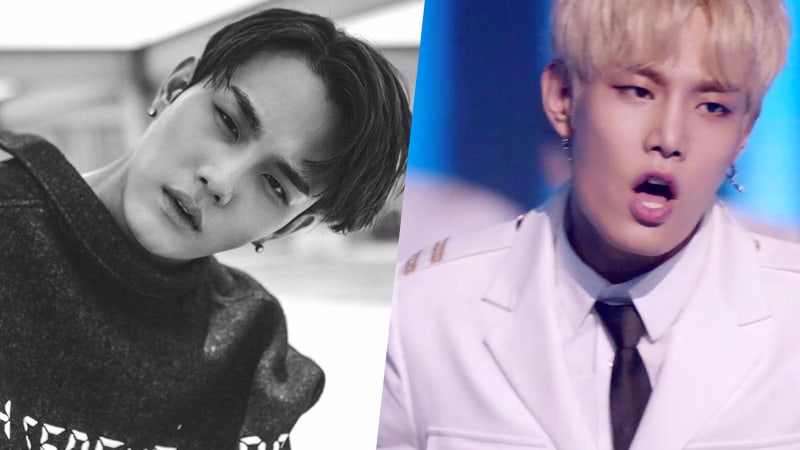 Kanto (born May 23, 1994) is a member of the Brand New Music group TROY and a solo rapper, who has also appeared on “Show Me the Money.” He has worked with an impressive lineup of artists including SEVENTEEN’s Woozi, Younha, INFINITE’s Sunggyu, Eddy Kim, Seo In Young, After School’s Raina, and more. 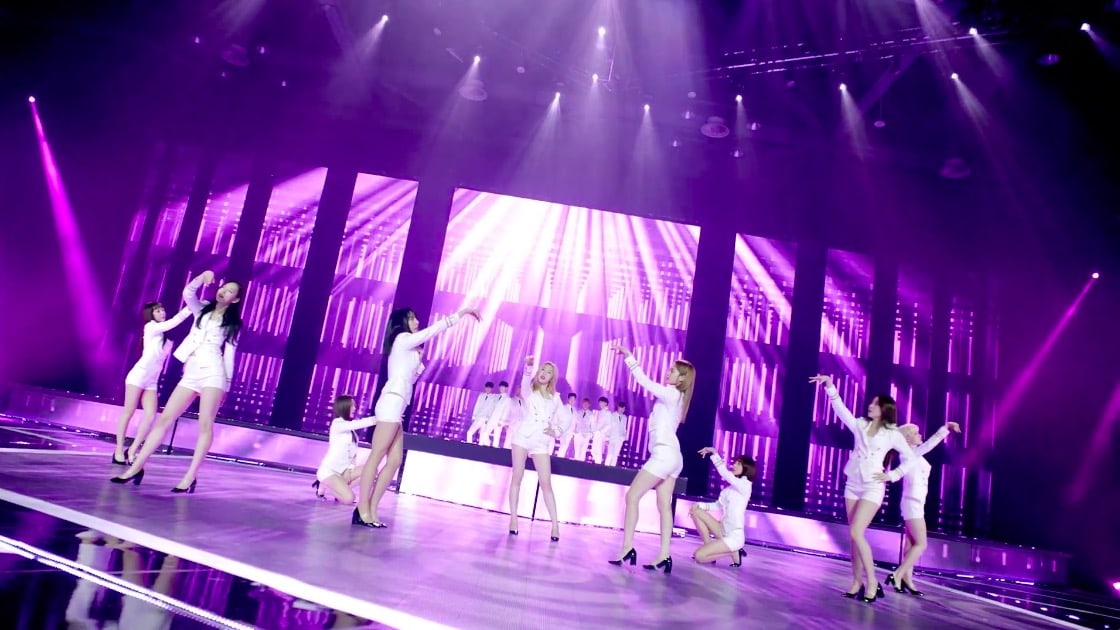 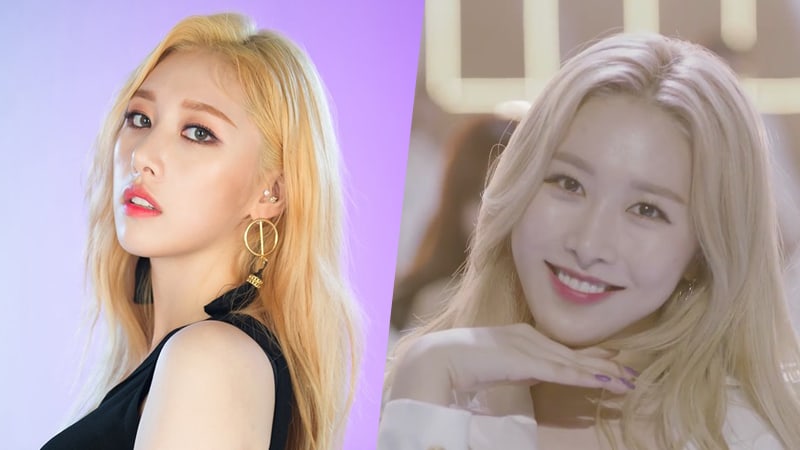 SONAMOO’s Euijin (born October 8, 1996) appears to be the main female center for the first mission. Euijin is said to have been well known for her dancing talent at her high school, the School of Performing Arts Seoul (SOPA), which many idols have attended.

She debuted in 2014 with the TS Entertainment girl group SONAMOO, and she is the only member who has been reported to be taking part in “The Unit.” SONAMOO most recently released the song “Friday Night” in August, which was initially announced as the first in a three-part project that would span over the next three months.

Here’s Euijin performing “I Think I Love U” with SONAMOO in January of this year: 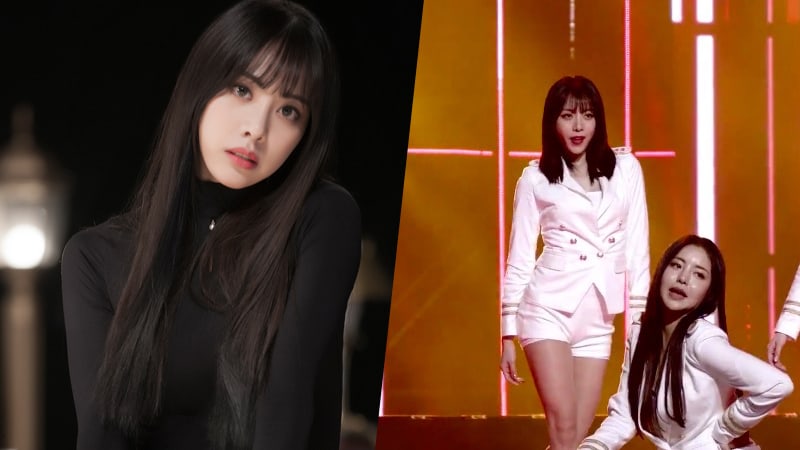 Eunji of Brave Girls (born July 19, 1992) is a vocalist who joined the group for their comeback in early 2016. Brave Girls is housed under Brave Entertainment and most recently promoted the track “Rollin’” in June.

Watch Brave Girls’ practice video for their fan-favorite chair dance to “Rollin'” below! Eunji is the member wearing a black skirt and tights. 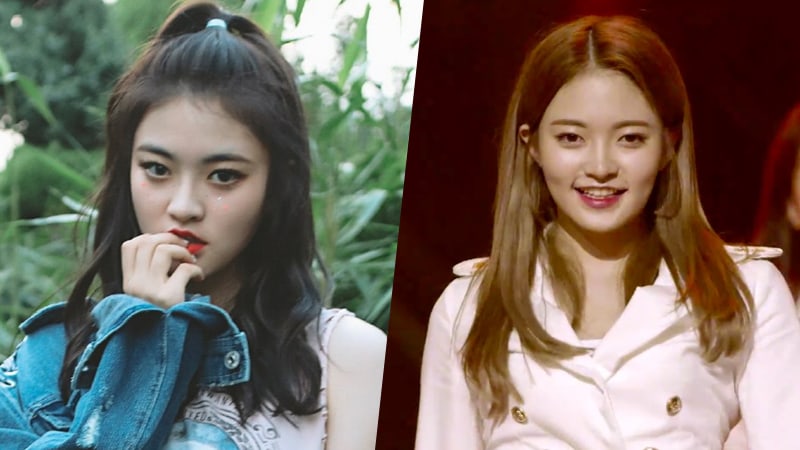 Both of the DIA members who are taking part in “The Unit” (Somyi and Yebin) made it into the first mission center group.

Somyi (born January 26, 2000) is a new addition to MBK Entertainment’s girl group DIA. She joined in April of this year prior to their comeback with their second full album “YOLO.”

Somyi and Yebin recently announced that they will be competing on “The Unit” but assured fans not to worry as they will return to the group no matter what their results are on the show. DIA just put out a repackage album including the title track “Good Night” on October 12, while Yebin and Somyi shared a duet single entitled “Seoraksan in October” prior to joining “The Unit.”

Watch Somyi perform Ailee’s “I Will Go to You Like the First Snow” and Bolbbalgan4’s “Tell Me You Love Me” here: 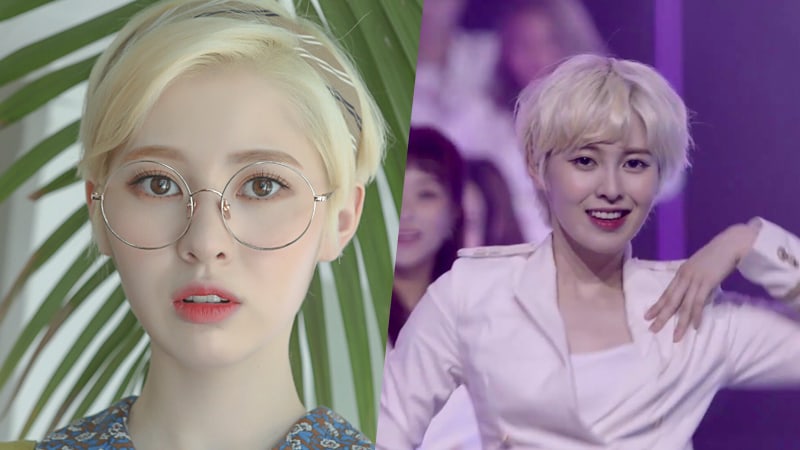 Yebin (born July 13, 1997) made her debut with DIA in 2015, and recently performed on “King of Masked Singer” in August. She injured her ankle while practicing for “The Unit” in late September, but promised fans she’d recover quickly. 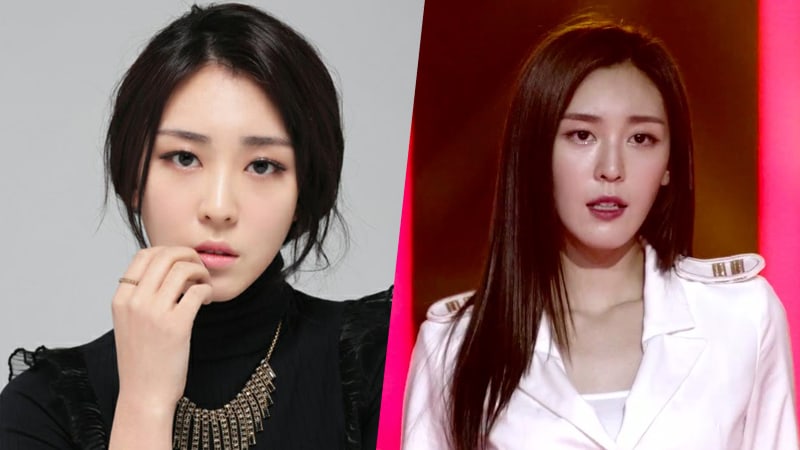 Han Seo In (born August 25, 1994, also known as Yeonkyung) has been a member of two MBK Entertainment girl groups at the same time, as she made her debut with TheSeeya in 2011 and later joined F-ve Dolls in 2013. She was a member of both groups before F-ve Dolls confirmed their disbandment in 2015 and The SeeYa reportedly also disbanded.

It was most recently reported in February of 2017 that she had graduated from Kyung Hee University’s Department of Postmodern Music.

Watch her sing with fellow members of F-ve Dolls below (she is in the middle): 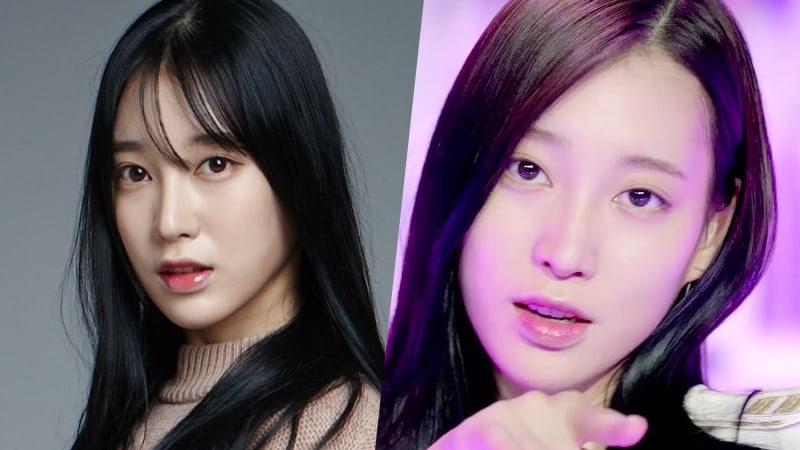 Lee Bo Rim (born February 28, 1995) is a model and actress under Snowball Entertainment Co. Although she hasn’t yet broken into the K-pop world, she was in the SBS modeling competition show “Supermodel Competition” in 2014 and the follow-up reality show “Model House – Room of Ten,” as well as acted in a web drama this year.

She recently appeared in an advertisement alongside Jo Jung Suk, which you can check out here: 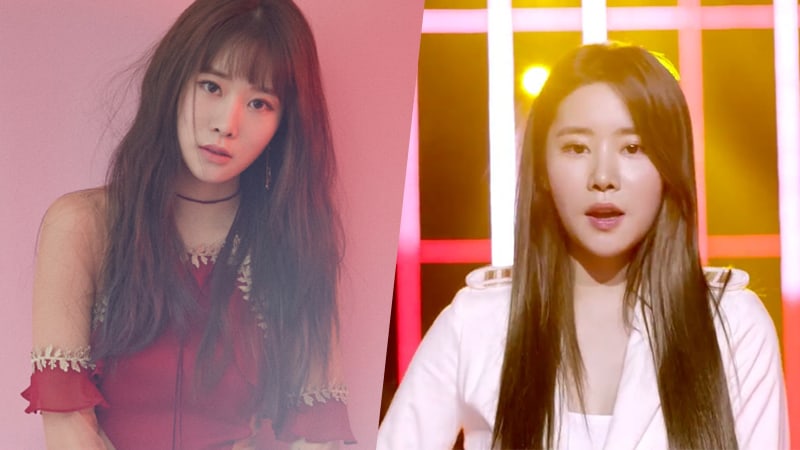 All three members of the Cre.ker Entertainment girl group Melody Day who were confirmed for “The Unit” have been spotted in the center group for the first mission. The four-member group made their debut in 2014, and most recently promoted “Kiss on the Lips” in February of this year.

One of the members who appears in the center group is youngest member Chahee (born March 24, 1996). Her voice will also be familiar to fans of dramas including “Hospital Ship” and “Tomorrow Cantabile” as she has contributed songs to their soundtracks.

Here’s a video of Chahee singing Dean’s “D” while playing the guitar: 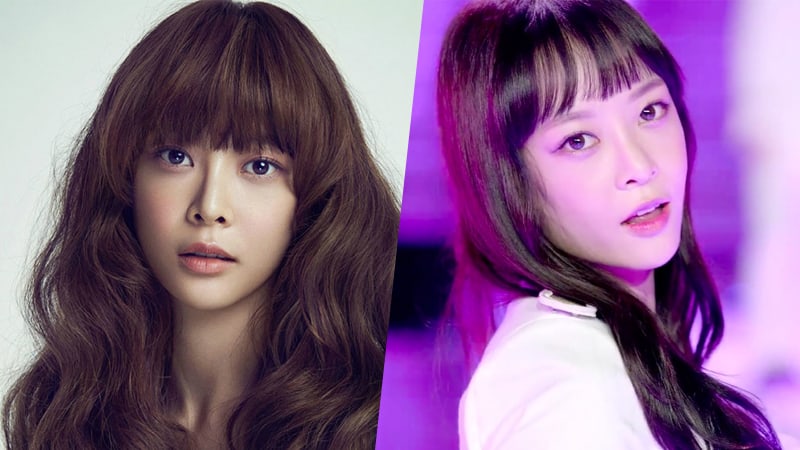 Yoomin (born August 29, 1993) joined Melody Day in 2014, and she has also made it into the center group for the first “The Unit” mission. She is the group’s rapper as well as a vocalist, and is related to actor Jang Dong Gun.

Watch her performing “Kiss on the Lips” with Melody Day in February: 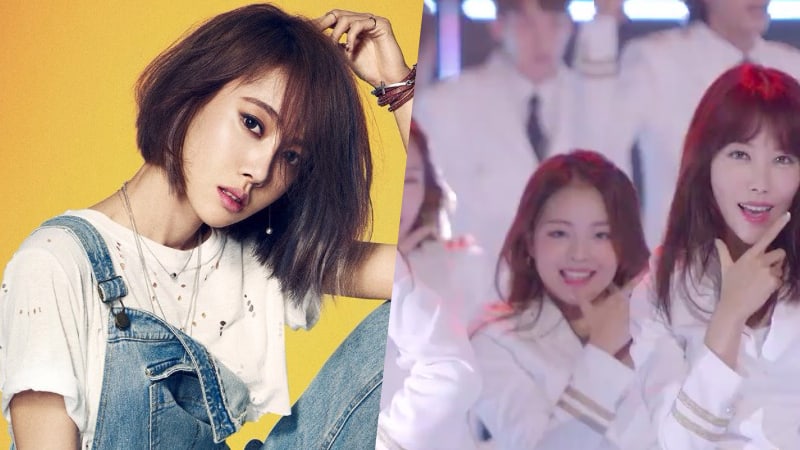 Yeoeun (born January 25, 1990) is the third member of Melody Day who appears to be in the center group for the first mission of “The Unit.” Yeoeun is the group’s leader and is known for her powerful voice, which she has lent to the OSTs of dramas including “Reply 1988,” “Dear Fair Lady Kong Shim,” “W” (with VIXX’s N) and many more.

Watch her perform “Virgin of the Soyang River” on “Immortal Songs” here:

With over a hundred more idols appearing on “The Unit,” fans are bound to find even more new favorites while watching the show!

Check out the full MV below to see the contestants performing their first mission.

Watch “The Unit” on Viki when it premieres on October 28.