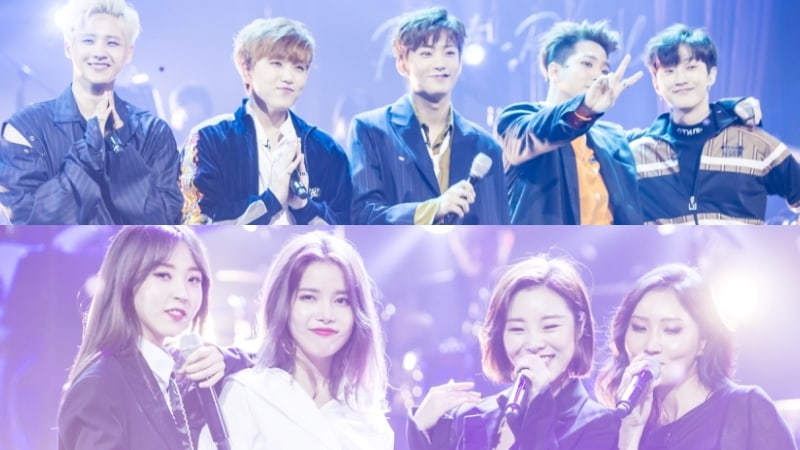 Watch: B1A4 And MAMAMOO Perform Their Own Renditions Of Classic K-Pop Tunes On “JYP’s Party People”

SBS’s “JYP’s Party People” released two videos of B1A4 and MAMAMOO’s performances as previews for its final season one episode.

MAMAMOO performed “? (Question Mark)” by Primary featuring Zion T and Dynamic Duo’s Choiza. The four divas put their own spin on this popular mid-tempo hip hop track that was loved by many when it was released back in October of 2012.

B1A4 performed an acoustic rendition of Wonder Girls’ “Nobody” while standing in front of the bar. The five-member boy band showed off their smooth vocals with their sultry version of this girl group classic.

Watch the two performances below!

In the meantime, check out the latest episode of the show below!