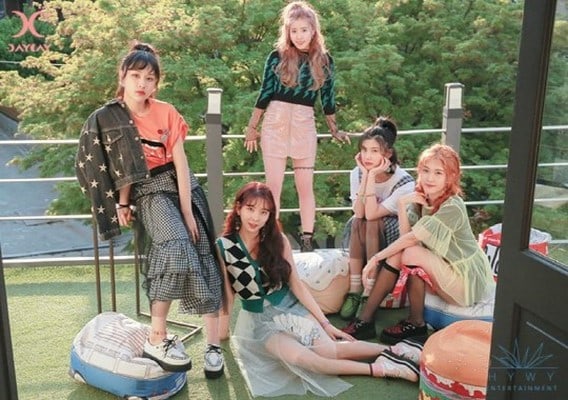 Girl group DAYDAY, known for including former “Produce 101” contestant Lee Soohyun as well as Jeon Min Joo from “K-Pop Star 6” in their member line-up, has confirmed their disbandment.

While their agency HYWY Entertainment previously denied disbandment rumors this past July, when the group’s debut was delayed, the members and agency ultimately made a different decision.

“Hello, this is HYWY Entertainment.

First of all, we would like to thank everyone who has been waiting for DAYDAY’s debut, and also apologize.

After long discussions, due to various circumstances and differences in opinions, the members who were preparing for their debut have decided not to continue forward together. We apologize for not being able to share better news for fans who have been waiting for DAYDAY’s debut. Although we cannot move forward with DAYDAY, we hope that you will cheer on the five members who will now be going their separate ways. We also apologize for causing fans to worry. Thank you.

DAYDAY’s official social media accounts will be deleted on Monday[, October 23], and the official fan cafe will also be closing on the same day. Thank you for your understanding.”

Jeon Min Ju
Lee Soohyun
DAYDAY
How does this article make you feel?