In the first set of stills, EXO member Kai is sitting at the table about to eat, then puts his spoon down. Kai (Lee Si Kyung) looks at somewhere or someone out of frame with a cold expression and contemplates. Baek Chul Min (Park Ga Ram) sitting across from Kai looks at him worriedly.

Through Kai’s slumped shoulders and melancholy expression, viewers can feel the sadness radiating from Kai. In last week’s episode, it was revealed to viewers that Kai’s father was missing, while Baek Chul Min’s mother passed away while she was young. 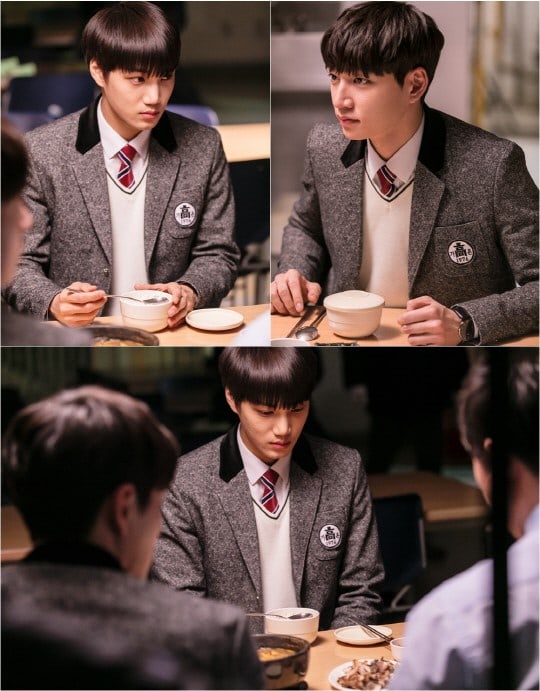 On a brighter note, the another set of stills shows what looks to be the official start of Kim Jin Kyung and Kai’s romance.

Kai is lost deep in thought then puts a ring on Kim Jin Kyung’s finger. Kai’s expression shows viewers that his feelings for Kim Jin Kyung are serious.

At first, Kim Jin Kyung looks surprised by the gift and gesture, but accepts Kai and looks at him. In last week’s episode, Kim Jin Kyung showed up in front of Kai saying she had something to say then asked him out via text. 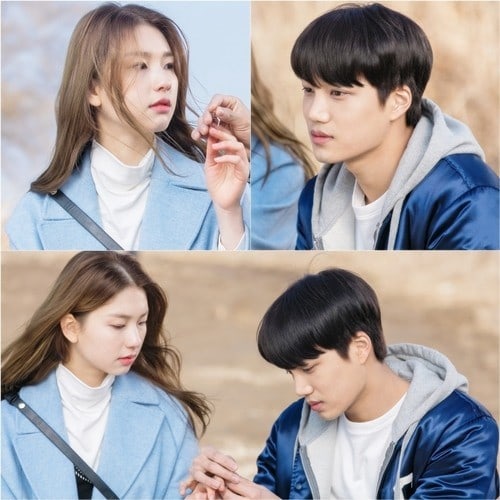 Kai was ecstatic but quickly began to worry about how to respond. With these released stills, viewers can look forward to the beginning of this on-screen high school couple’s love story.