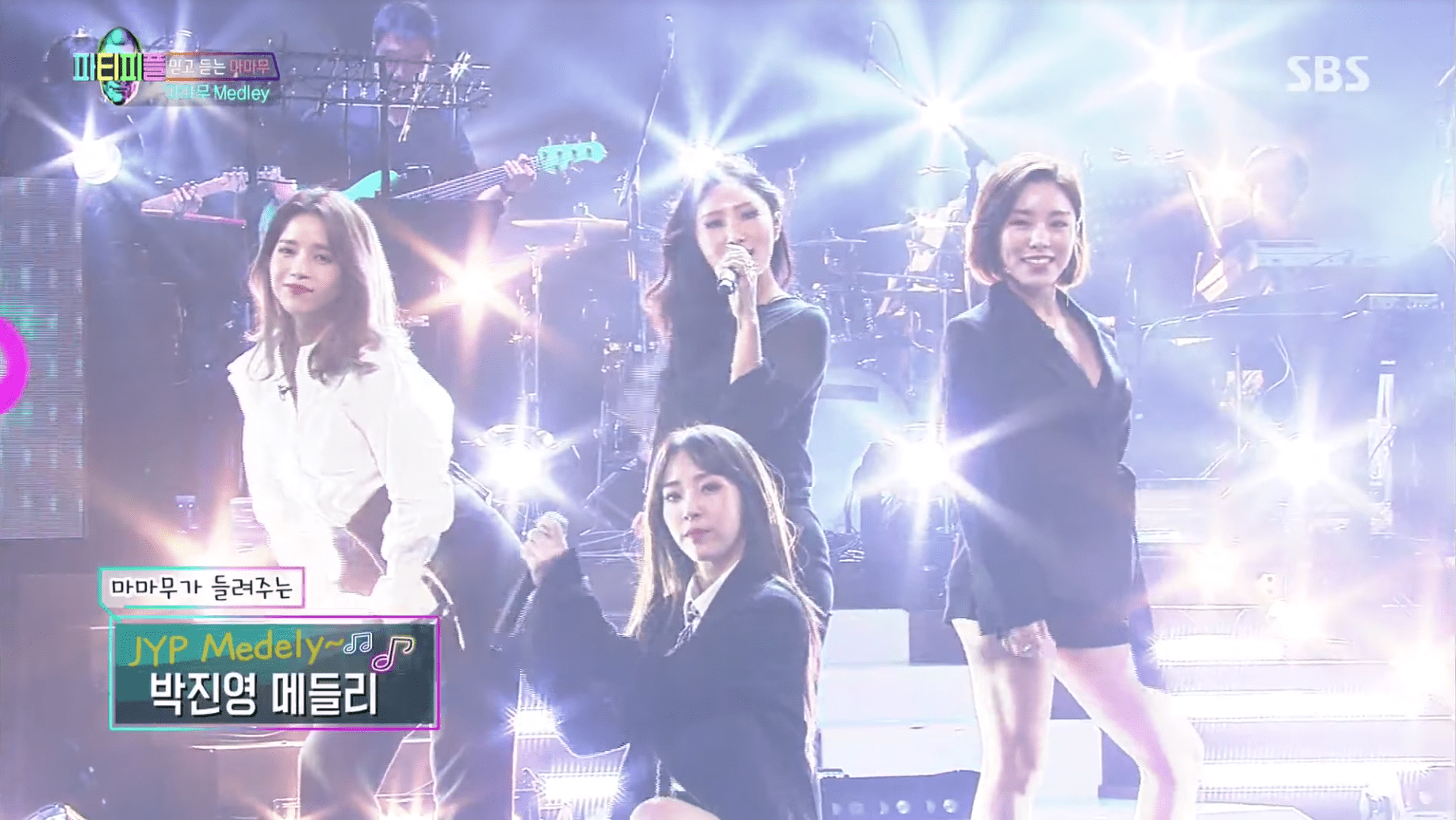 On October 21, MAMAMOO and B1A4 appeared as the special guests for the final episode of “JYP’s Party People.”

During the show, MAMAMOO gave several great performances, with their take on an old classic song revealed through a preview earlier this week.

MAMAMOO is known for performing hit medleys, combining bits and pieces of other songs into one smooth collaboration. On this episode, they performed a hit medley of their own greatest hits, with a brief foray into host Park Jin Young’s own discography.

Solar also gave a solo performance of Justin Timberlake’s “Sexy Back,” showing off her sultry vocals and dance moves (to the amusement of her groupmates).

Hwasa also performed a bit of Lee Moon Sae’s song “Whistle,” which she said has a lot of meaning for her because she listened to it when she got lonely and missed her family.

Finally, MAMAMOO performed their most recent song, “Yes I Am,” for the crowd.

You can watch the latest episode of “JYP’s Party People” below!

MAMAMOO
JYP's Party People
How does this article make you feel?