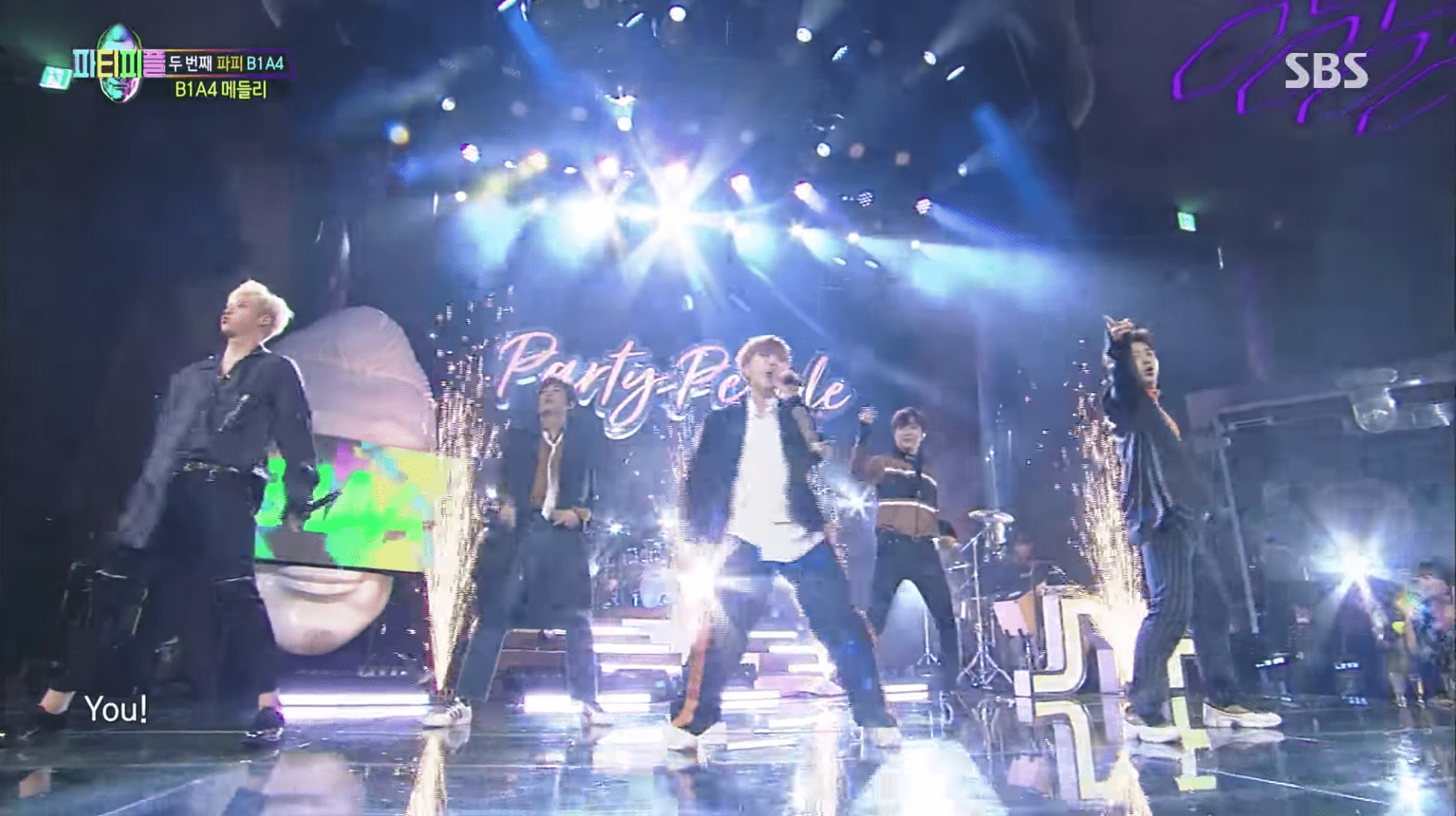 Watch: B1A4 Performs Their Own Hits Medley, I.O.I’s “In The Same Place,” And More On “JYP’s Party People”

On October 21, B1A4 and MAMAMOO appeared as the special guests for the final episode of SBS’s “JYP’s Party People.”

Like MAMAMOO, B1A4 prepared a medley of two of their hit songs, “What’s Happening” and “Baby Good Night.”

However, the great performances didn’t stop there! The boys also covered I.O.I’s “In the Same Place,” which member Jinyoung wrote for the project girl group last year.

Sandeul also performed Kim Yeon Woo’s “A Common Phrase, I Love You,” which he said he had previously performed during a JYP audition. However, he said that this was the first time he’d met Park Jin Young face-to-face.

The group also performed Yoon Jong Shin’s “Uphill Road,” which was meant as a consolation song to everyone going through a hard time, and their most recent comeback, “Rollin’.”

You can watch the most recent episode of “JYP’s Party People” below!

B1A4
JYP's Party People
How does this article make you feel?