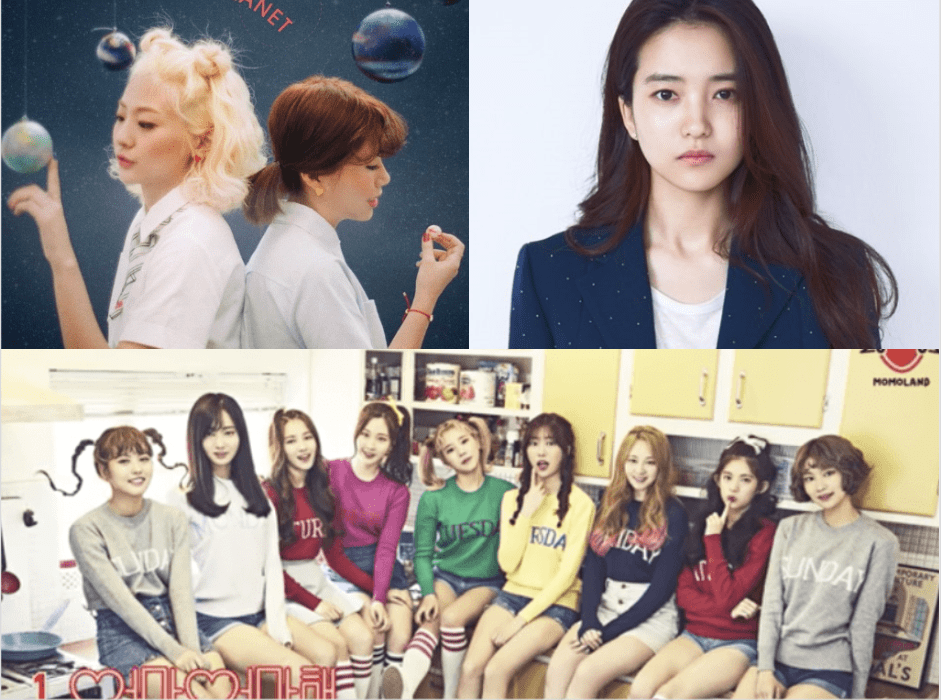 Another round of artists have been confirmed to attend the Asia Artist Awards (AAA)!

The South Korea-based awards ceremony honors both musicians and actors and was inaugurated just last year. Now chart-topping indie duo Bolbbalgan4 and new girl group MOMOLAND have confirmed their attendance at the ceremony.

Bolbbalgan4 is made up of vocalist Ahn Ji Young and guitarist Woo Ji Yoon. Their debut album garnered attention on social media sometime after its release and the female duo have steadily risen in the charts with every release ever since.

MOMOLAND is a 9-member girl group formed during the survival show “Finding Momoland.” They recently had a comeback with Wanna One member Kim Jae Hwan featuring in the music video.

Actress Kim Tae Ri also confirmed her attendance at AAA not long afterwards. She came into the public eye after her performance in Park Chan Wook’s 2016 film “The Handmaiden,” which was also her feature film debut. She has recently been cast as the female lead in renowned screenwriter Kim Eun Sook’s upcoming drama “Mister Sunshine.”

The Asia Artist Awards are set to take place on November 15.