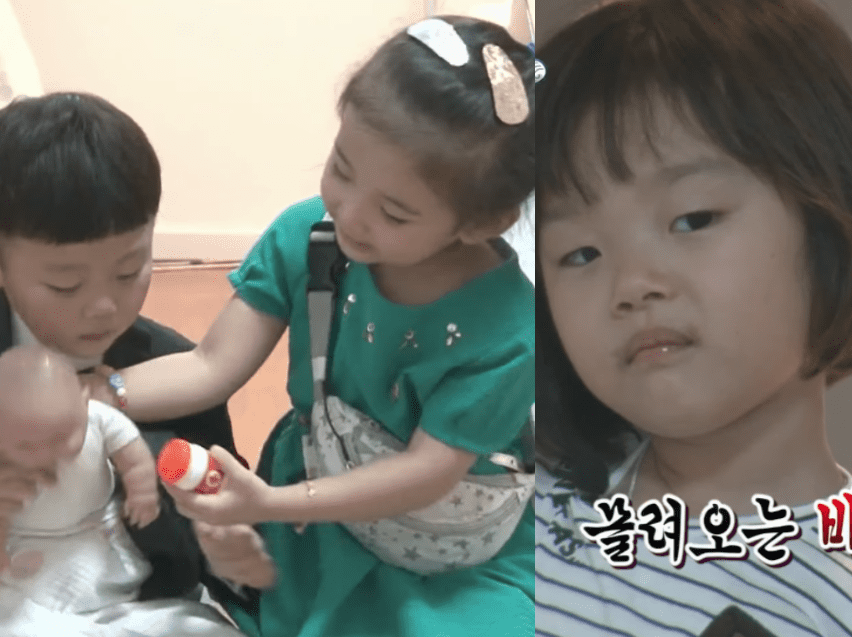 On the October 22 episode of “The Return of Superman,” Si An (formerly known as Daebak) invited a friend from his kindergarten class over to his house.

Lee Dong Gook dressed Si An in a tuxedo to meet the friend, Min Chae, and the two kids played house together, calling each other “Honey.” However, Si An’s older sister Seol Ah quickly got jealous, hanging out on the sidelines and asking him, “Are you playing well? With Min Chae? Do you like playing with her more than me?” 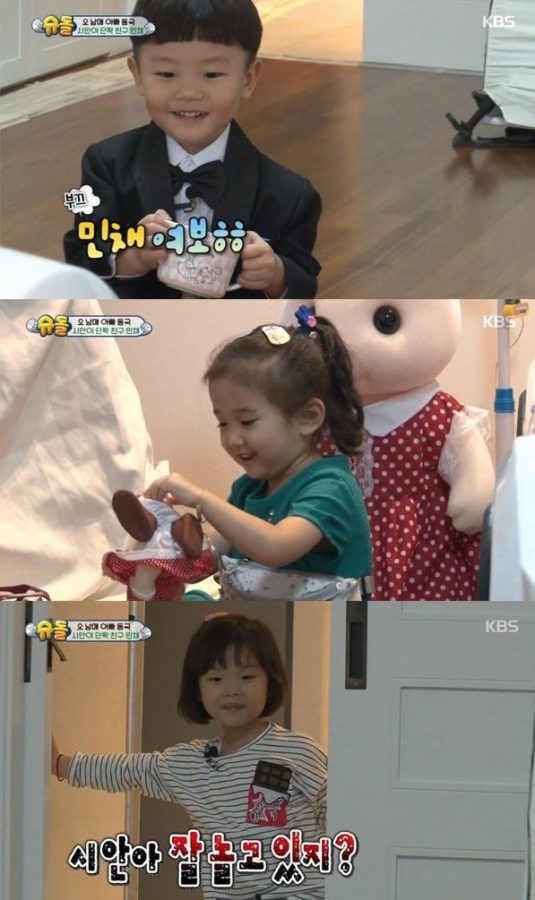 In another instance, Si An took care of Min Chae and Seol Ah said, “Aren’t you going to wipe my hands too?”

Later, she told her father, “I think that that girl is stealing Si An away.” Lee Dong Gook laughed and told her that the jealousy would go away as they grew older. 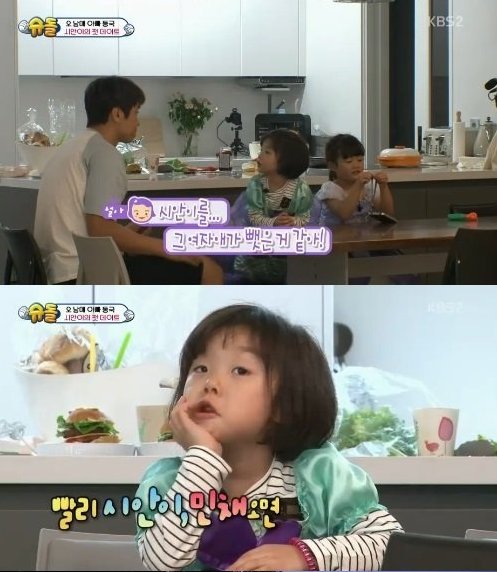 The Return of Superman
Seol Ah
Si An
How does this article make you feel?