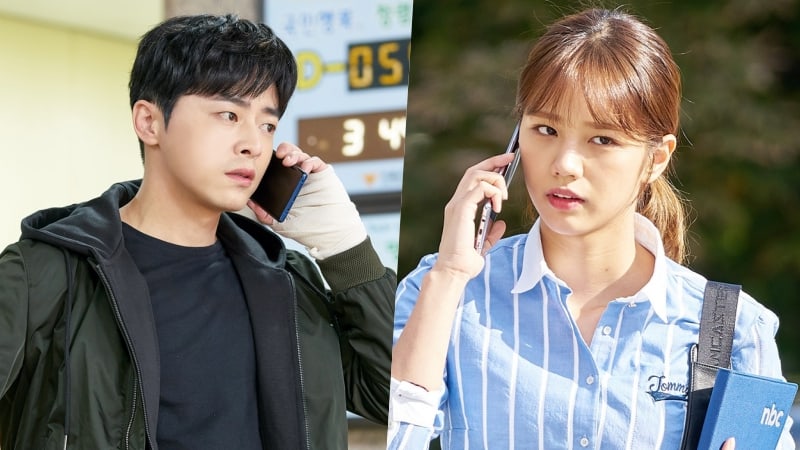 Hyeri will be taking on the role of Song Ji An, a rookie reporter who determinedly works for a new scoop night and day. She searches for the next headline as she visits the police station like it’s her second home.

In the released stills, Cha Dong Tak and Song Ji An are talking on the phone while frowning. As a detective and a reporter, they will constantly run into each other and build a relationship as they bicker. 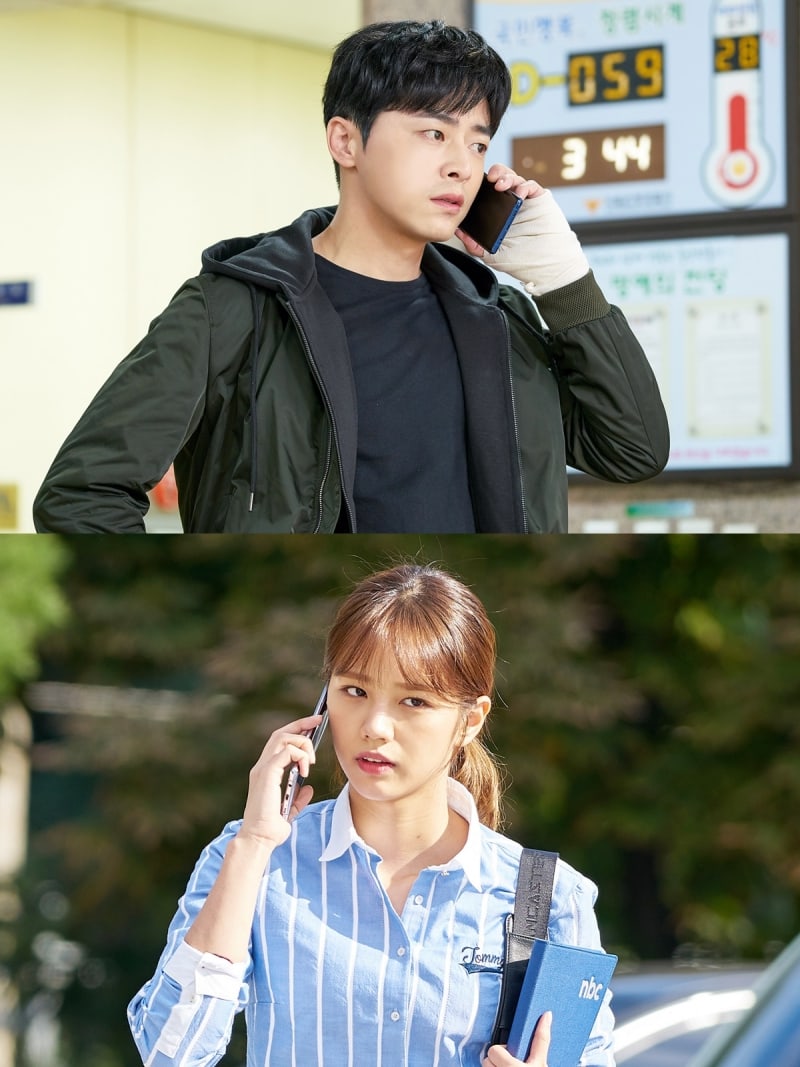 “Jo Jung Suk and Hyeri tried hard to portray the first meeting of Cha Dong Tak and Song Ji An dramatically, checking their lines and movements in detail before filming,” the production staff of “Two Cops” revealed. “Thanks to that, it seems that their relationship will come as more convincing to viewers.”

“Two Cops” is set to premiere in November after “20th Century Boy and Girl” comes to an end.