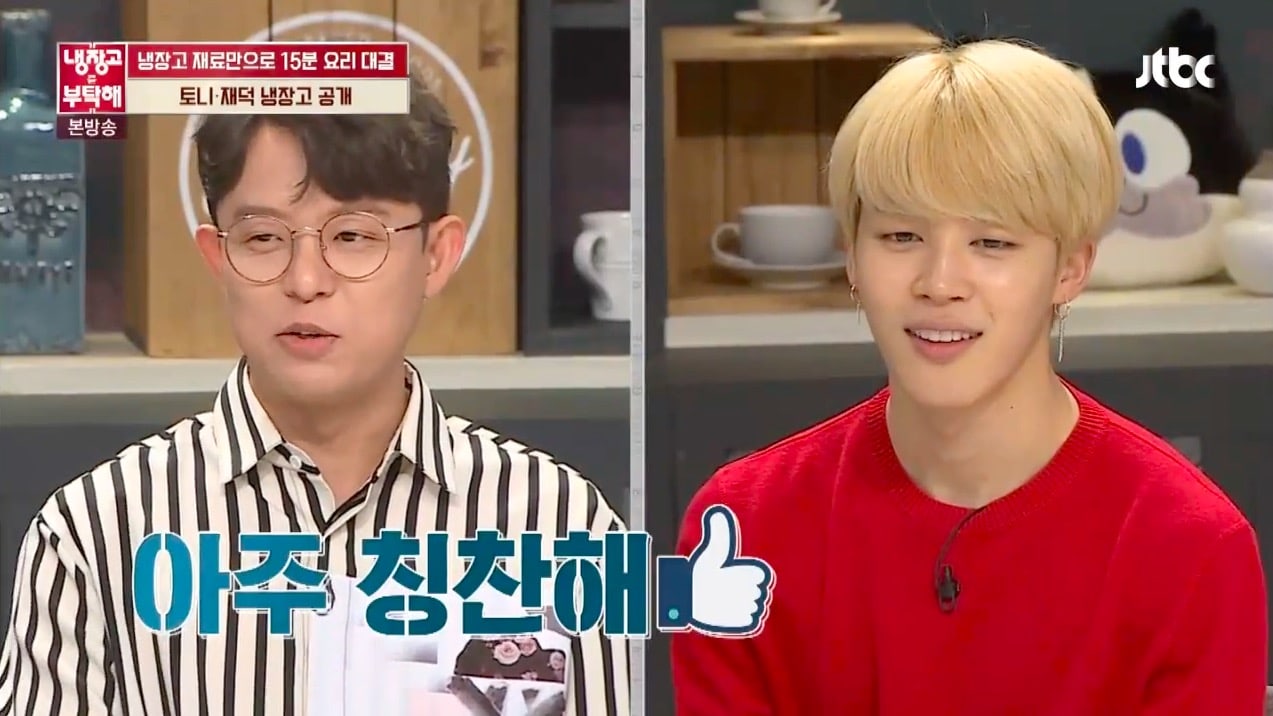 On the October 23 episode of “Please Take Care of My Refrigerator,” the two pairs of idols appeared as guests. The fridge of roommates Tony Ahn and Kim Jae Duck was revealed in this episode, with BTS’s fridge due to be shown next week.

During the show, the hosts found supplements among Tony Ahn and Kim Jae Duck’s supplies, and were surprised when one was labeled for arthritis. The panel pointed out that this was possibly due to years of dancing by the first generation idols.

When BTS was asked if they understand about their senior artists taking medicine, Jin replied, “It’s not to the point of taking medicine, but since we dance so hard, I’ve had some aches when it rains.”

“I didn’t know why my back was hurting more, but it was actually really raining outside,” added Jin. 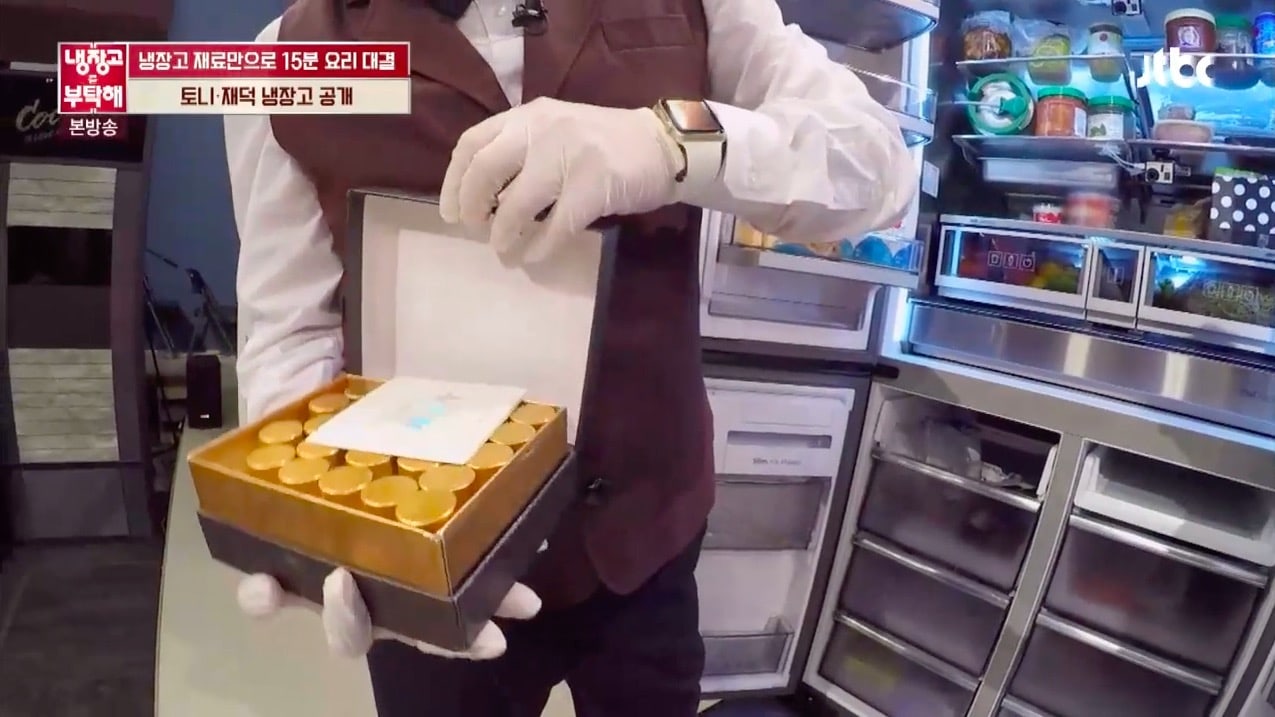 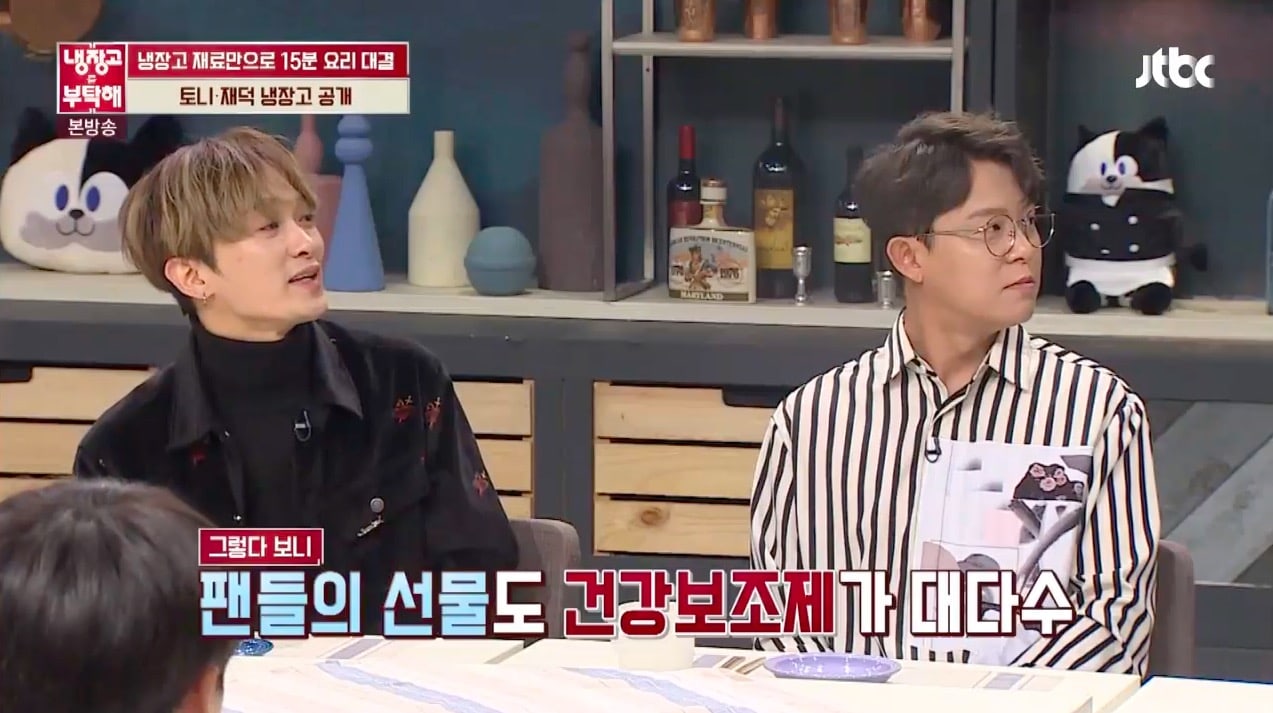 Tony Ahn said, “In ten years, BTS will find that gifts change too. You should just be aware of that.”

Jimin replied, “Right now, our younger members don’t eat that kind of thing at all, but the older members all eat things that are like medicine.” 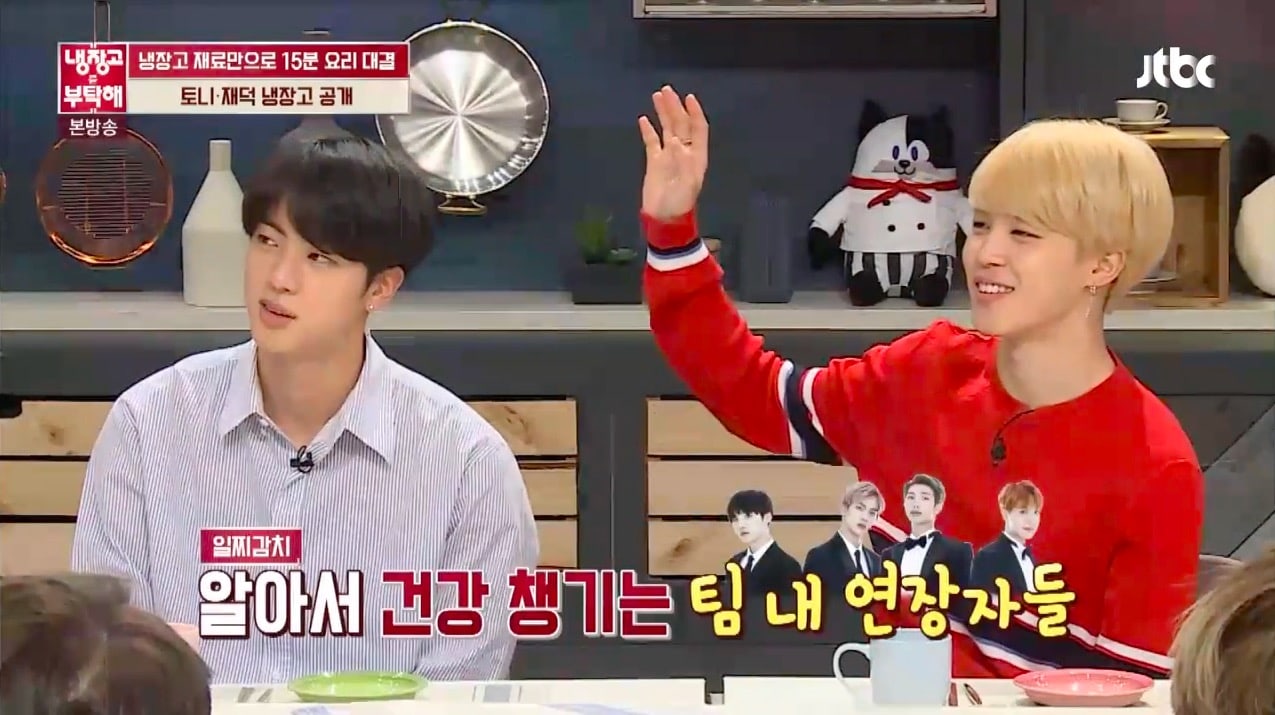 With the second episode of their guest appearance airing on October 30, check out a preview of the reveal of BTS’s fridge in the next episode here.