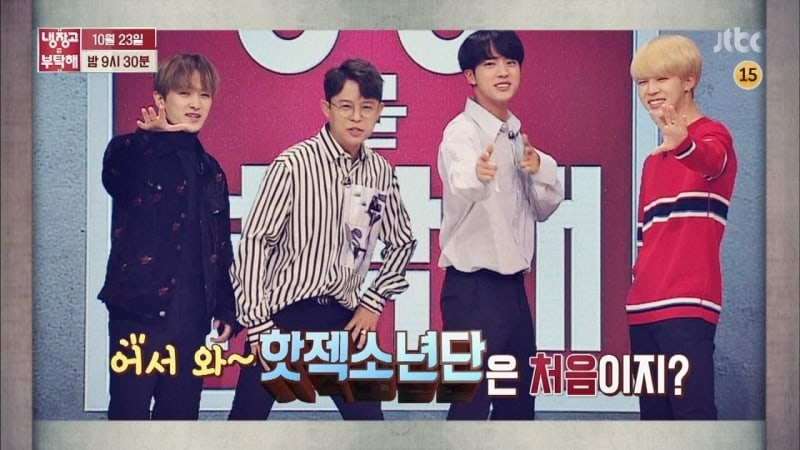 Jimin responded, “Our debut song ‘No More Dream’ has similar themes [to H.O.T’s ‘Warrior’s Descendant’ and SECHSKIES’s ‘School Byeolgok’]. We tried to tell the story of our generation, so I think we were largely influenced.”

Jimin also that BTS had actually done a cover of their seniors’ songs on air before. With the request of the MC, Jin, Jimin, Tony Ahn, and Kim Jae Duk recreated the performance in a cross-generational collaboration.

Watch BTS’s Jin and Jimin dance to the debut songs of H.O.T and SECHSKIES on “Please Take Care of My Refrigerator” below!

BTS
Please Take Care of My Refrigerator
Jin
SECHSKIES
H.O.T.
Jimin
How does this article make you feel?