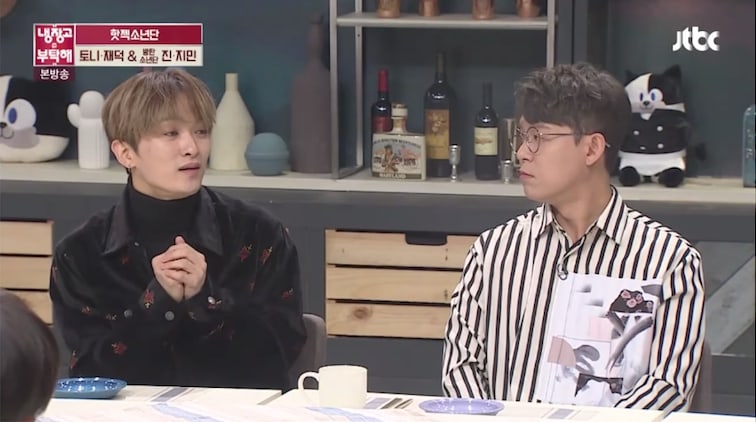 H.O.T’s Tony Ahn and SECHSKIES’s Kim Jae Duk appeared on the October 23 episode of JTBC’s “Please Take Care of My Refrigerator” along with BTS members Jin and Jimin.

Back in the day, almost everyone knew about the fierce rivalry between H.O.T. and SECHSKIES fans. Nowadays, Kim Jae Duk and Tony Ahn are more famous for their friendship and appeared on the show as longtime roommates.

Tony Ahn revealed that he firsthand witnessed the legendary physical fight that happened between the two fandoms on a rainy day outside of a broadcasting studio. This was even recreated in a scene on “Reply 1997” and appeared on the news.

MC Ahn Jung Hwan asked, “Why didn’t you stop it?” to which Tony Ahn answered, “How could I stop it? I was busy running away to safety myself!” 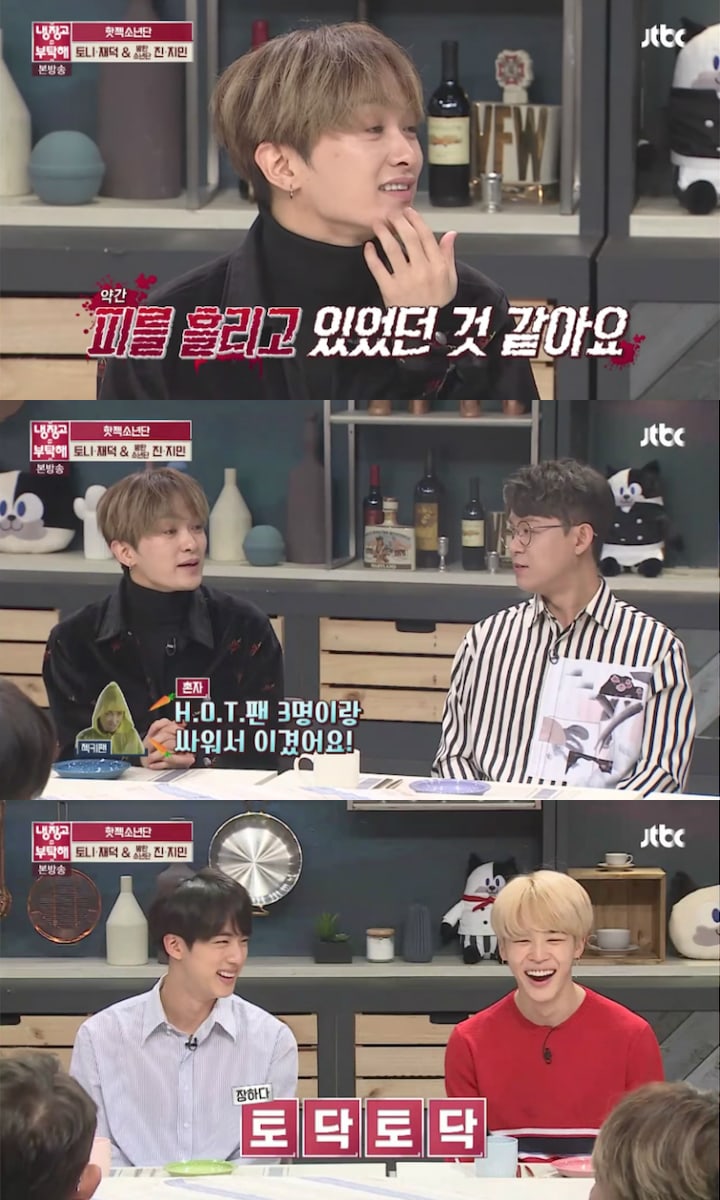 Kim Jae Duk added, “A fan ran up to me and yelled, ‘Oppa! I won against three H.O.T. fans!’ Now that I look back on it, I think she was bleeding. I patted her on the back and told her good job. Now I would tell them not to do that, but at the time, I was proud of them.”

Jimin commented that he knew a girl who used to be an H.O.T fan and said, “She said that at the time, she couldn’t say whose fan she was in public because it was that dangerous.”

Please Take Care of My Refrigerator
SECHSKIES
H.O.T.
Tony Ahn
Kim Jae Duk
How does this article make you feel?