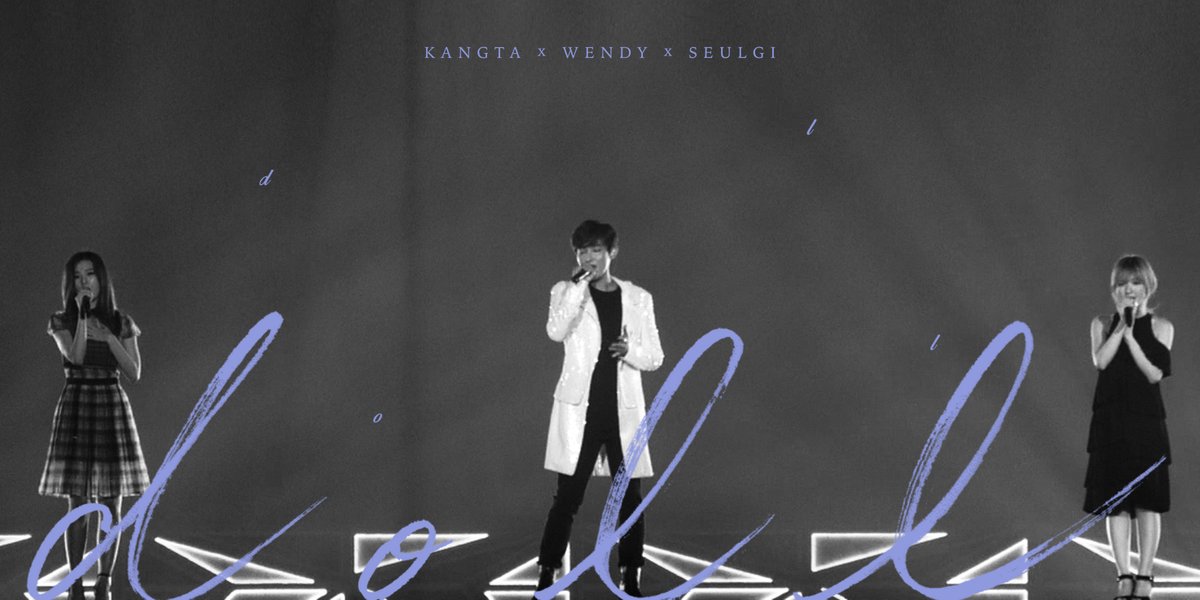 SM Entertainment has released a teaser image for “Doll,” the upcoming SM Station collaboration between Red Velvet’s Wendy and Seulgi and Kangta. The three of them have performed “Doll,” originally released by Kangta in 2001, in SMTOWN concerts as well as on “Fantastic Duo.”

The song will be officially released through SM Station on October 27 at 6 p.m. KST.

It appears we will finally be getting an official audio of this collaboration!

Kangta and Red Velvet’s Wendy and Seulgi are set to release their remake of Lee Ji Hoon and Shin Hye Sung’s “Doll” through SM STATION 2.

Popular in its heyday, “Doll” was originally released in 2001, and Kangta is its original composer and lyricist. Kangta first performed this new rendition featuring Wendy and Seulgi during “SMTOWN LIVE TOUR V in Japan” last year. The trio also showcased another performance of “Doll” on “Fantastic Duo 2” just last month, which earned them high praise and requests for it to be officially released.

Kangta, Wendy, and Seulgi’s remake of “Doll” will be released on October 27 at 6 p.m. KST on various music streaming sites.