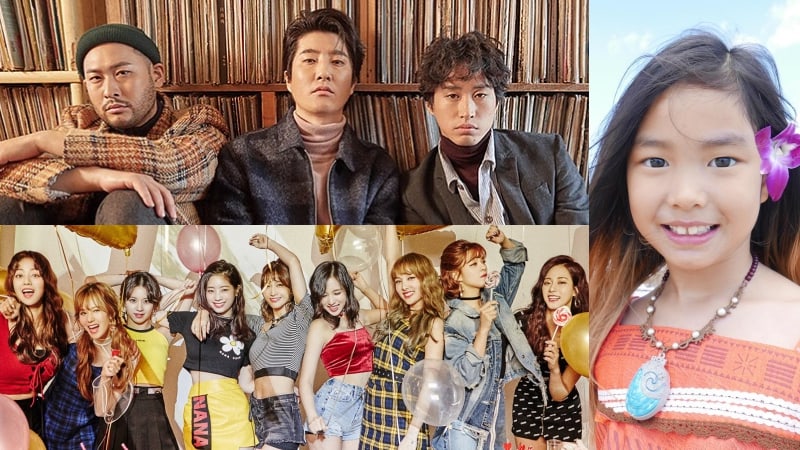 On October 24, Epik High held an interview for their recent album release.

Epik High’s comeback was on the same day as Wheesung and Im Chang Jung, and Sung Si Kyung and TWICE are releasing next week. On returning at the same time as several digital powerhouses, Tablo commented, “I knew that TWICE is releasing soon.”

He explained, “My daughter is a fan of TWICE. Haru listens to TWICE all day.”

Tablo added, “What’s funny is that one of TWICE’s producers is close to our sound engineer, and he came to visit when we weren’t in the recording studio. He asked our engineer when Epik High’s comeback is.”

He continued, “I asked Park Jin Young, ‘When is TWICE releasing?’ He responded, ‘It’s a secret, but I will tell you,’ and he did, so I told him that we will probably make a comeback on our debut anniversary.”

Tukutz also shared that they are looking forward to TWICE’s comeback and are curious about it.

Epik High returned with their 9th studio album on October 23 and have been topping all major realtime charts with their double title tracks.

Meanwhile, TWICE is releasing their first studio album on October 30. Check out the teasers here!

TWICE
Epik High
Haru
Tablo
How does this article make you feel?