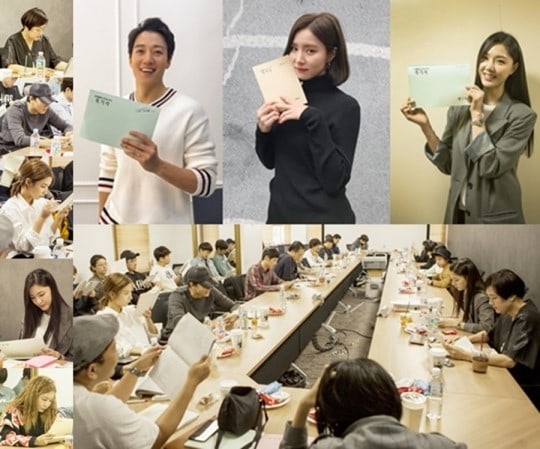 Before the reading began, writer Kim In Young said, “‘Black Knight’ is a story I first came up with in 2007. It feels strange to see the story come to light 10 years later.” PD Han Sang Woo added, “I hope this can become a project where we all come together. The results are important, but I hope the process can be beautiful as well.”

Each lead actor immersed themselves in their character, from the reserved young businessman who is innocent in love (Kim Rae Won), the bright and cheerful woman who is positive despite her family life, work life, and love life being in shambles (Shin Se Kyung), and a selfish and prickly girl who nonetheless has an unpredictable appeal (Seo Ji Hye).

A source from “Black Knight’ said, “The talented cast and crew had their first meeting, and the passion was evident just from the script read-through. The cast and crew get strength from the fact that there is a lot of interest in the drama before its broadcast. Please support it when it’s on air.”

“Black Knight” will air on KBS in December following the end of “Mad Dog.”