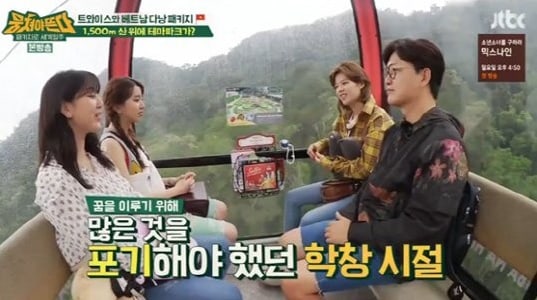 TWICE Members Open Up About Their Struggles Before Debuting

On the October 24 episode of JTBC’s travel show “Carefree Travelers,” girl group TWICE headed to Vietnam with the cast members of the show.

Jihyo, Chaeyoung, and Jeongyeon went on a cable car with MC Kim Sung Joo. During the ride, the members of TWICE shared the hardships they faced during their trainee days.

Jihyo, who was a trainee for ten years, said, “Since I was a trainee for a long time, there was no time for [me to go on] family trips.” Following her, Chaeyoung admitted, “I couldn’t even go to things like school trips.”

Jihyo added, “I feel sad that I don’t have any memories during my school days. When school ended, I would go to the agency right away. When I think about it now, I envy my friends who were able to eat spicy rice cakes and go karaoke [after school]. Back then, I didn’t envy them.”

Jihyo talked about the time she didn’t want to become a celebrity anymore because the girl group she was supposed to debut in broke up. She confessed, “I was going to quit. If not for TWICE, I wouldn’t have known what to do.” 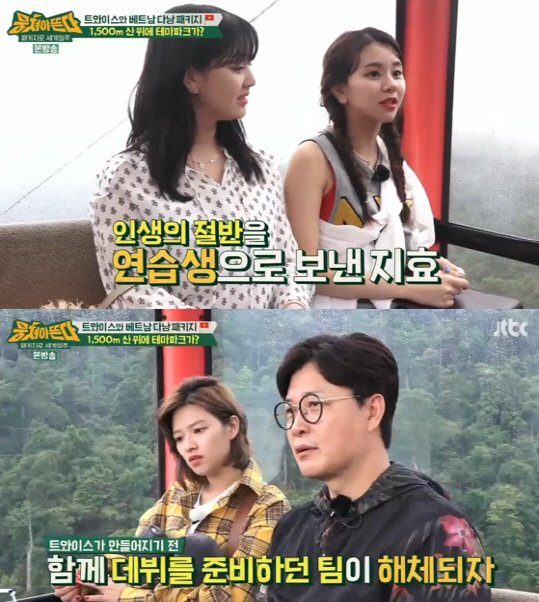 Jeongyeon, who was a trainee for seven years, admitted she had been about to give up as well. She said, “My parents had a hard time while I was a trainee, too. When I was taking a break, I worked as a part-time worker at a bakery. It suited me so well. I even considered making it a permanent profession.” 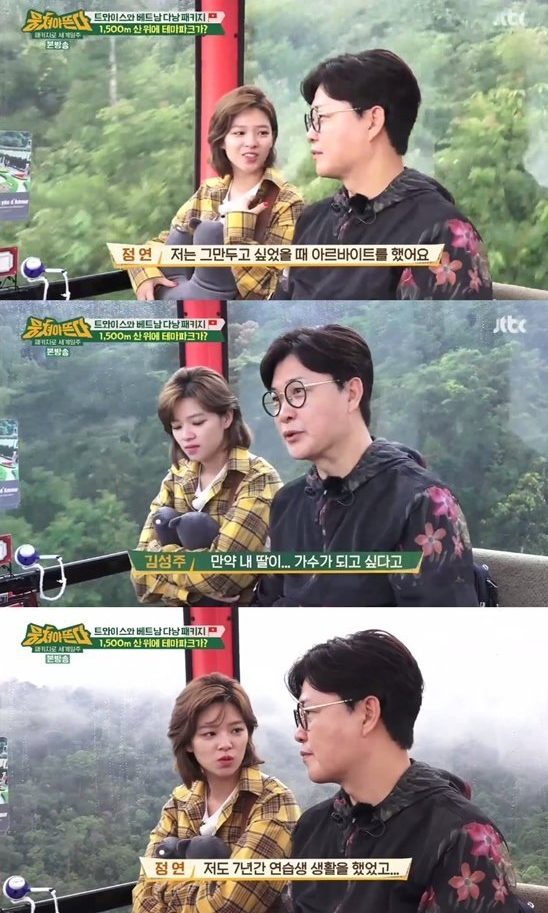 Meanwhile, TWICE topped Oricon Charts in Japan with the group’s first original Japanese single “One More Time.” They will also be making a comeback in Korea with “Twicetagram” on October 30 at 6 p.m. KST.

TWICE
Carefree Travelers
How does this article make you feel?