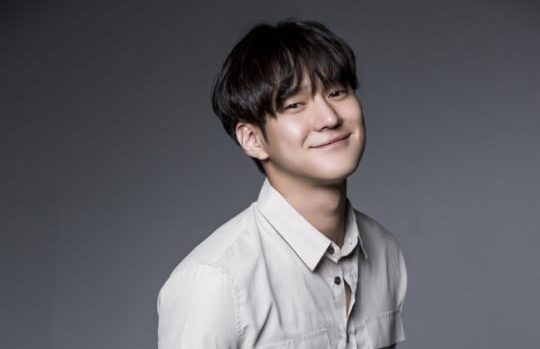 Go Kyung Pyo recently sat down for an interview to discuss his acting career.

First off, Go Kyung Pyo talked about filming “Best Delivery Person” and shared a funny episode from the drama set. He said, “There were many scenes where I had to eat black bean noodles with Jo Hee Bong, Lee Min Young, and [Choi] Soo Bin, but I always ate too much. We had to film the next part, but there weren’t enough black bean noodles, so there was a lot of delay as the next bowl was prepared. There was even a time when Soo Bin told me to stop eating and took away my chopsticks.”

When asked if he felt more responsibility because this was his first main role, Go Kyung Pyo replied, “In every drama [that I do], I always have a need to take ownership [of my actions], so I didn’t feel a big difference of responsibilities. However, I did see things on the set that I hadn’t before. I hoped that I would be someone of strength on the set, but the production crew and other actors were the ones who gave me strength instead.”

The actor also stated his reasons for choosing to be in “Best Delivery Person,” saying, “First, the script was fun. Also, the [plot] development was quick. The character was one I’ve never played before. I had a lot of greed to portray something new. I was honored to come across such a good drama through a good opportunity. I’m grateful to those who chose me to play the main role.”

In addition, Go Kyung Pyo opened up about his closeness with the cast of “Reply 1988.” When asked who his closest acting friend is, he answered, “It’s [Ahn] Jae Hong. We’ve known each other since before we debuted. We drink and talk about various topics often. It’s fun when we both get immersed in our emotions and murmur together.”

The actor admitted he was originally amazed at being cast in the same drama as Ahn Jae Hong. Go Kyung Pyo said, “It was really fun and nice, and we both left a legacy as members of ‘Reply 1988.'” Not only were the two of them in the same drama, they appeared in the variety show “Youth Over Flowers” together as well. He commented, “We would always meet in the neighborhood of Hwayang after school and grab a drink, and [in the show] we were drinking wine in Africa.”

Go Kyung Pyo also mentioned the rest of the cast members of “Reply 1988.” “We still keep in touch in our group chat. We’re as close as ever. I think it would be great if we went on a trip again [just like we did in ‘Youth Over Flowers’]. If producing director [PD] Na Young Suk calls me [for the show], I should leave everything behind and go [on the trip]. Going on a trip with that team was so much fun,” he shared.

Meanwhile, Go Kyung Pyo is in talks to join a new tvN drama with Jo Jae Hyun and Jun So Min.