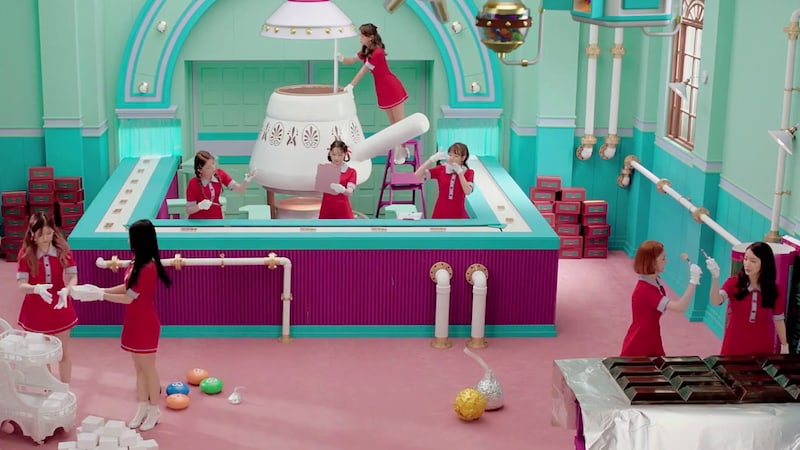 gugudan’s music video teaser for their upcoming title track has been revealed!

Check out the clip for “Chococo” below:

gugudan has shared a choreography spoiler for their upcoming track “Chococo”!

gugudan has now revealed a highlight medley for their new single album! Take a listen to their title track “Chococo” and more below.

gugudan has shared a quick look at what will be included in the physical copy of “Act.3 Chococo Factory”!

The normal album will come with a booklet, two photo cards, a poster, and a special, limited “golden ticket” that will only be included in 100 albums.

There will also be a “KIHNO” version, which features a “kihno kit,” special packaging, and 10 photo cards.

A music spoiler has now been unveiled for gugudan’s upcoming title track “Chococo”!

gugudan has revealed the tracklist of their upcoming single album!

In addition to the title track “Chococo,” there are two other new songs titled “Lucky” and “Snowball” respectively. 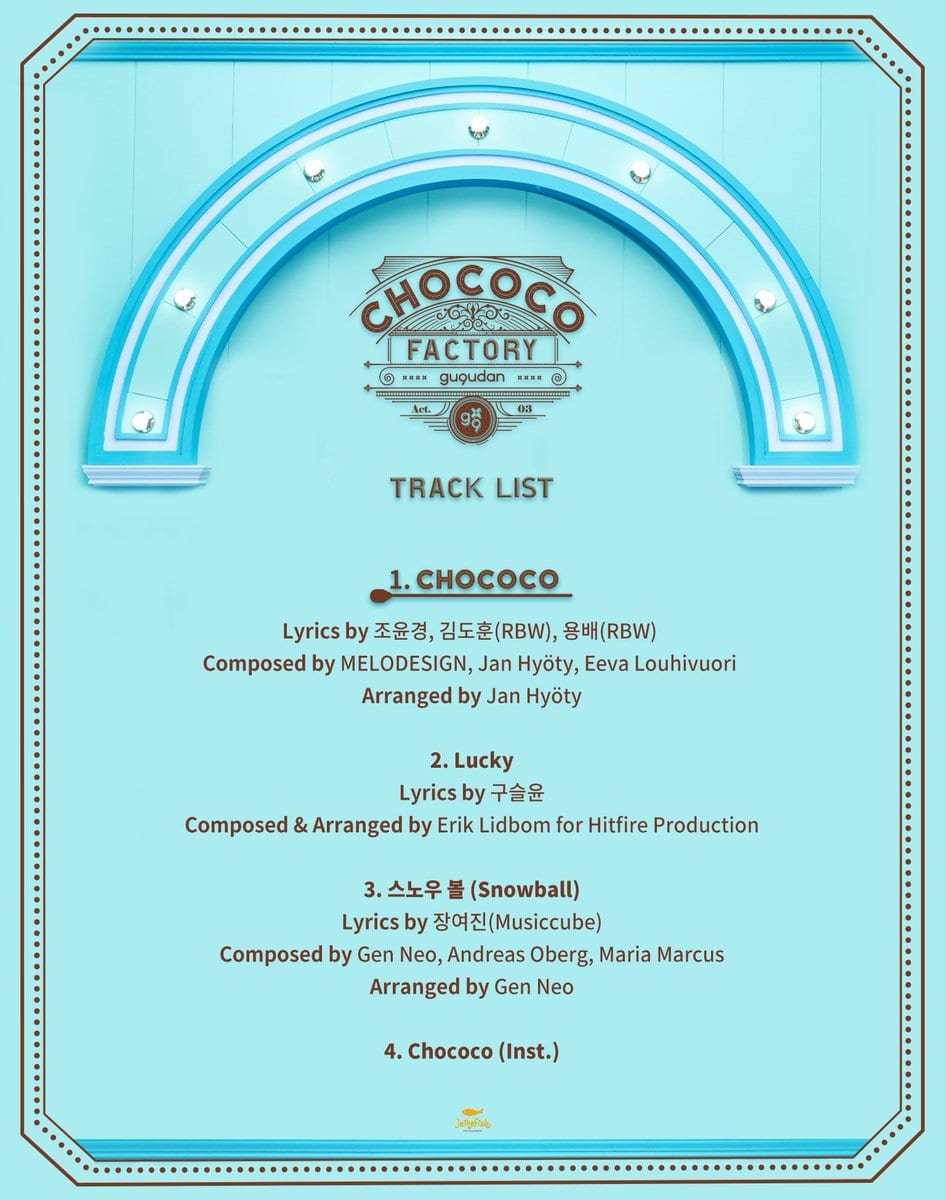 gugudan has revealed their newest batch of teasers, featuring the entire group! 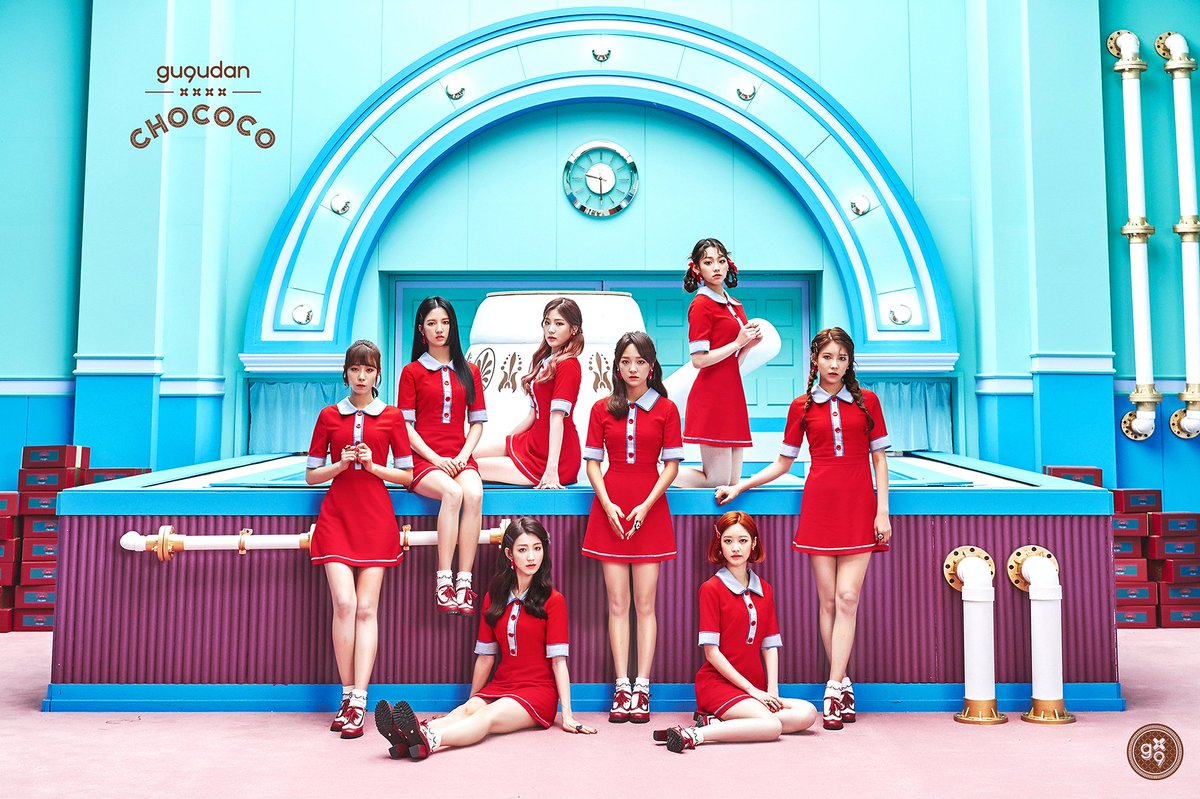 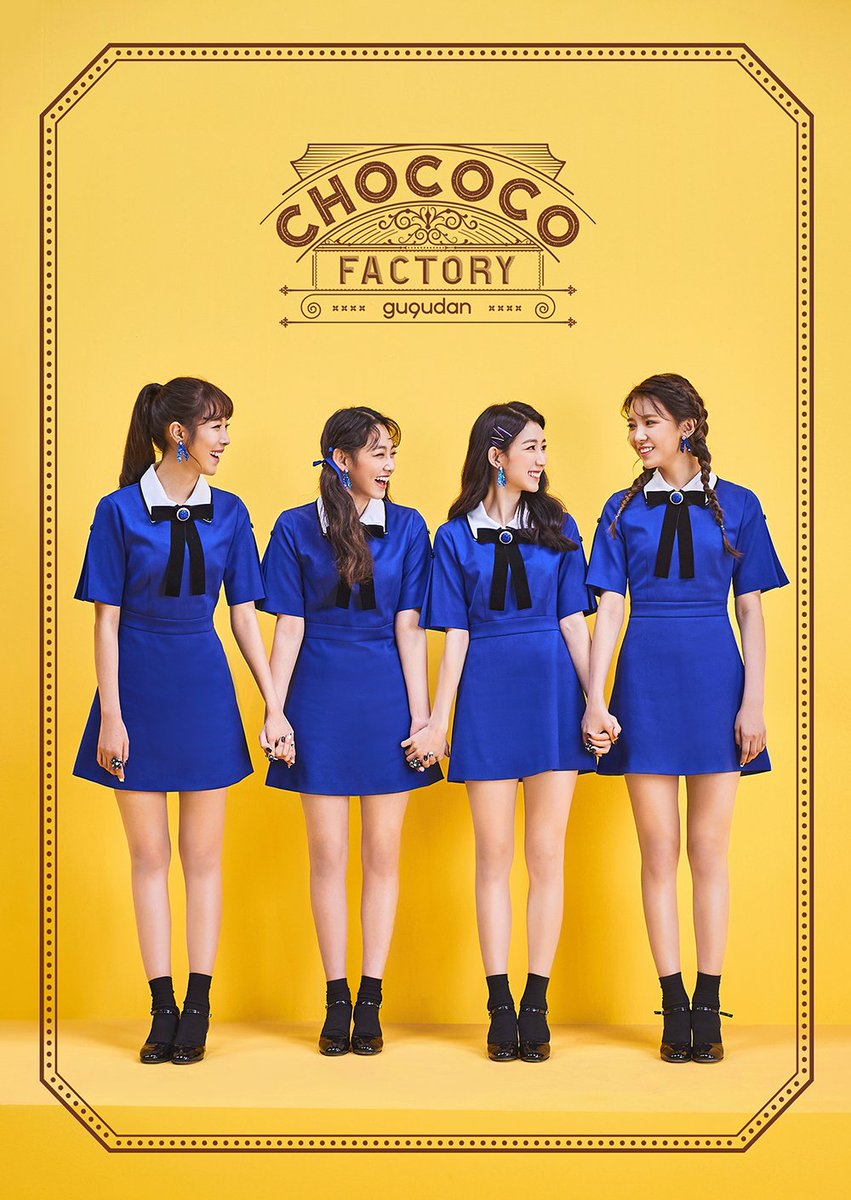 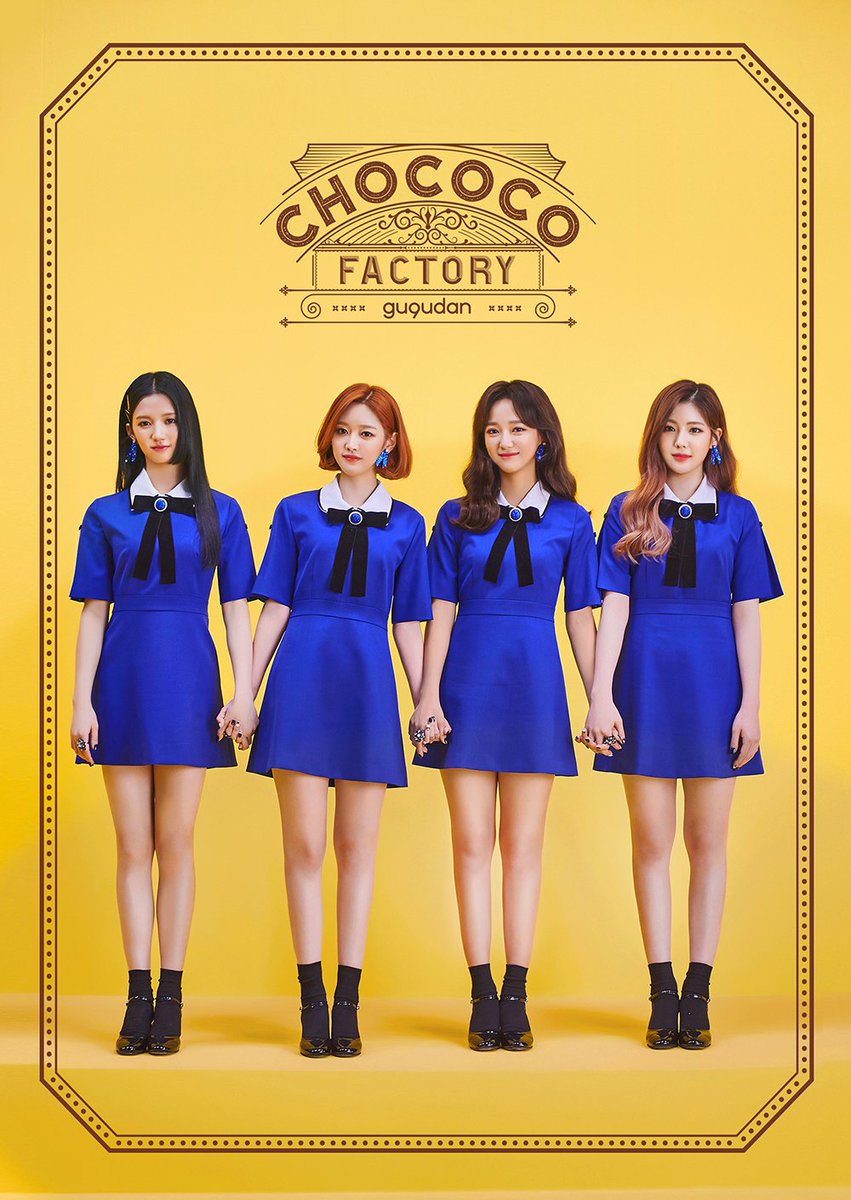 As promised, gugudan has released the first batch of teaser images ahead of their comeback!

The girls are dressed in bright red outfits, and appear to be posing in various parts of a chocolate making factory. Parodying their inspiration, one of the photos features a logo that reads, “gugudan and the Chococo Factory.” 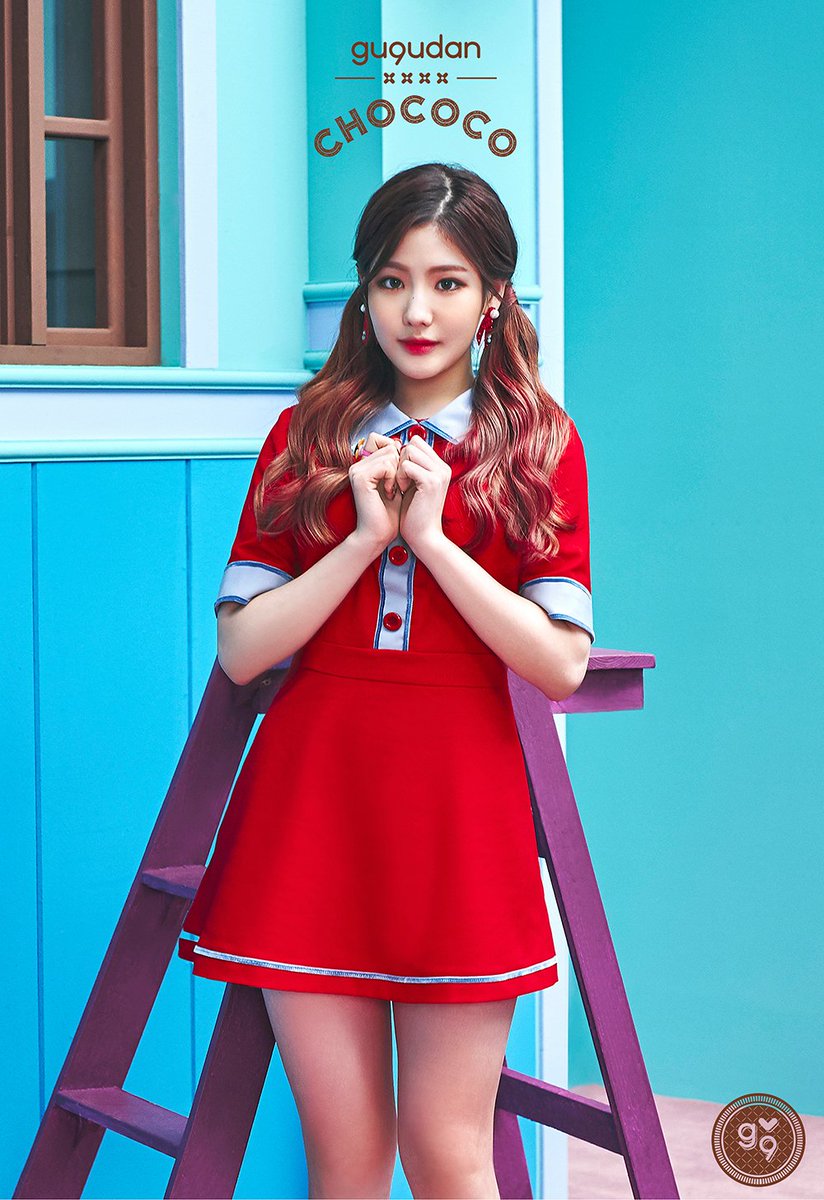 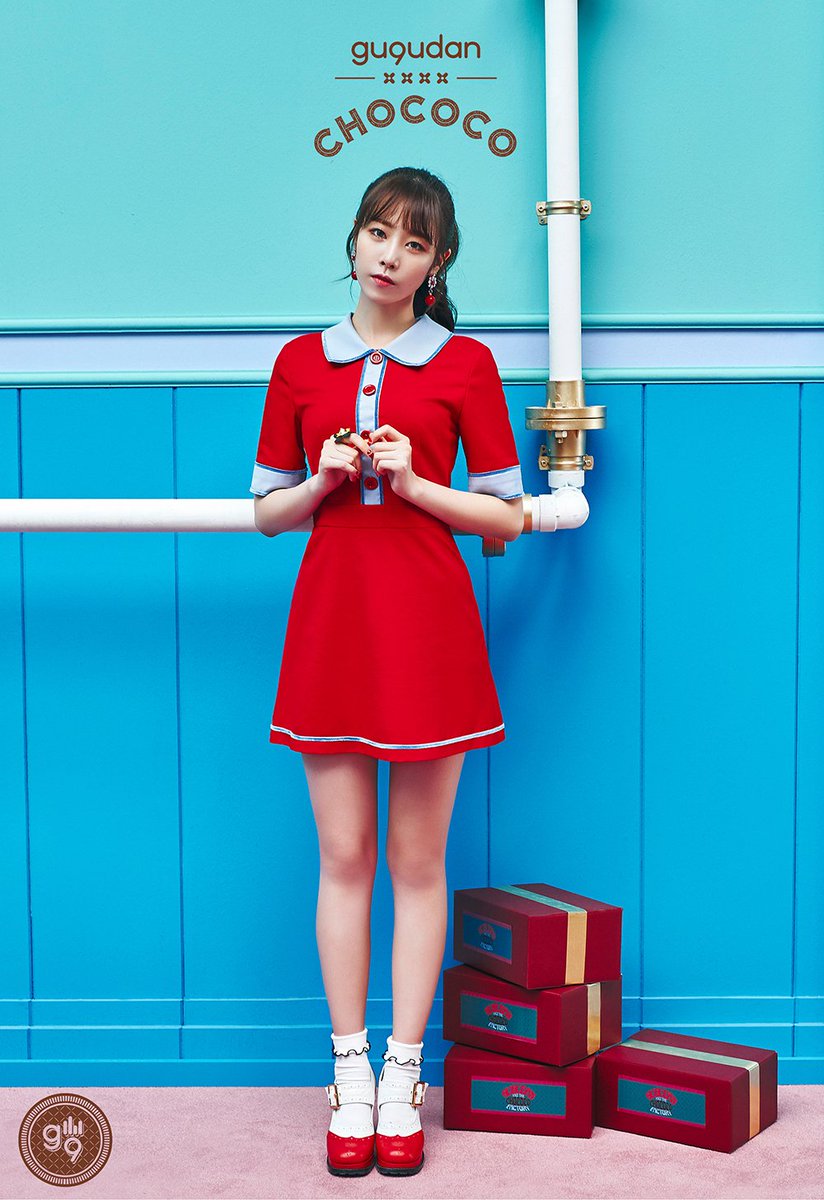 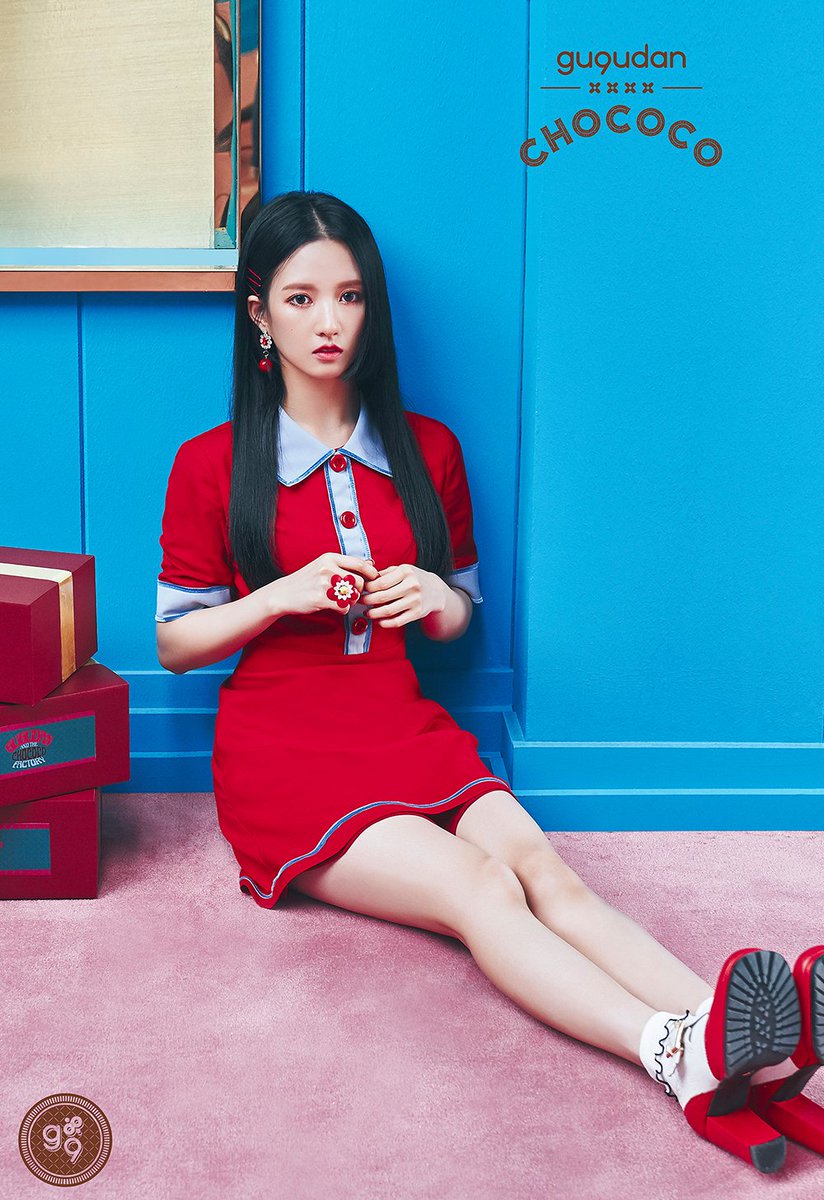 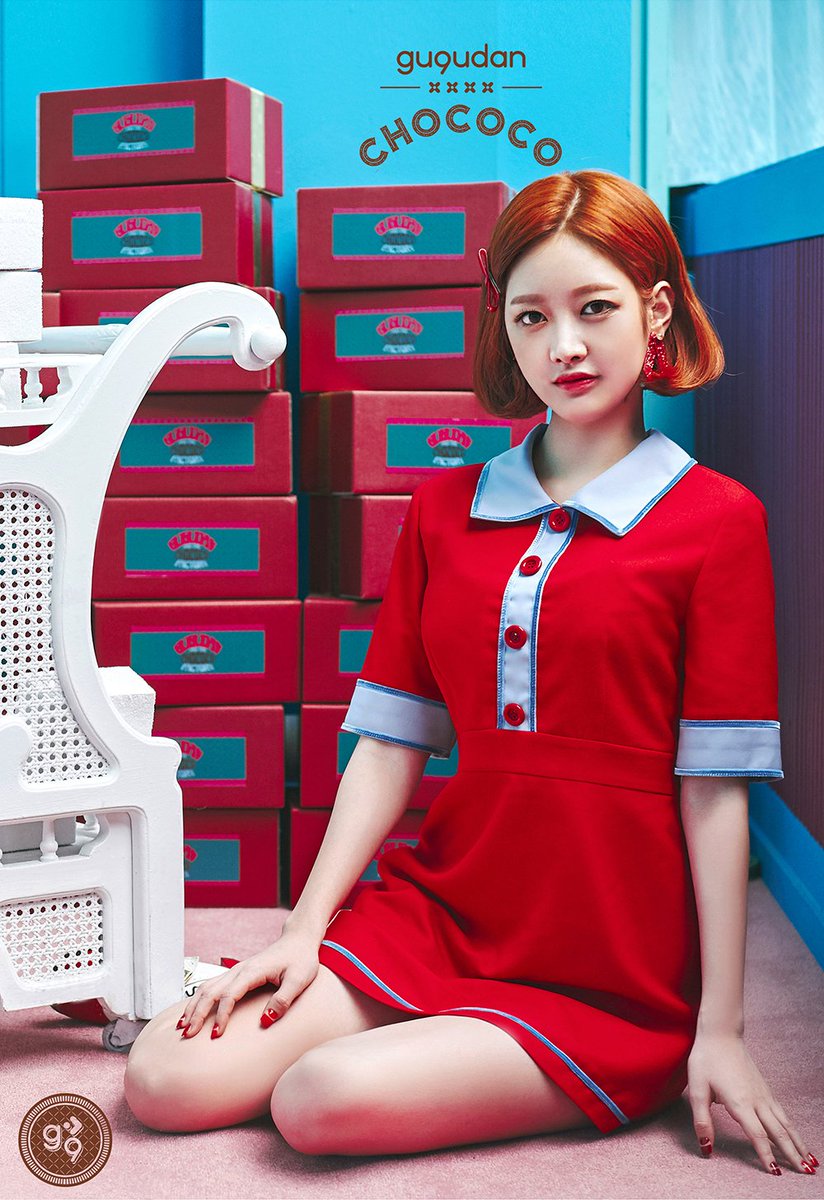 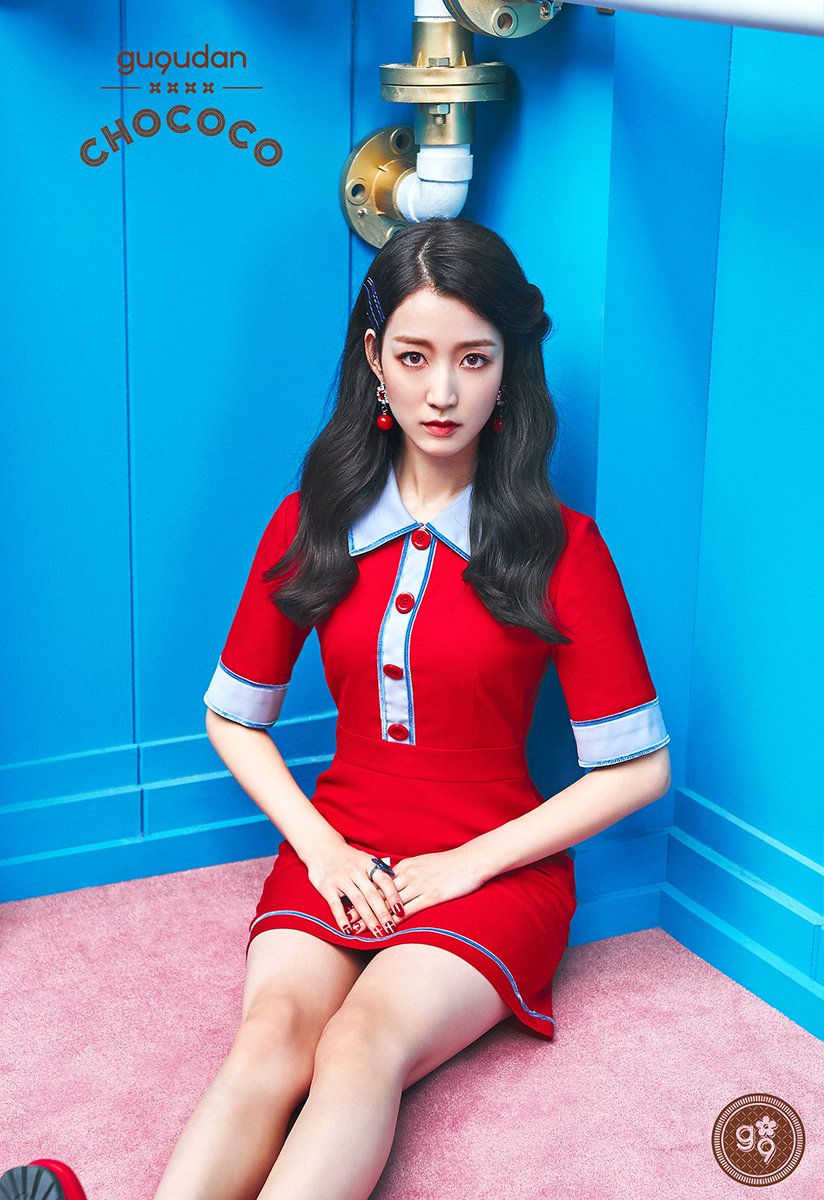 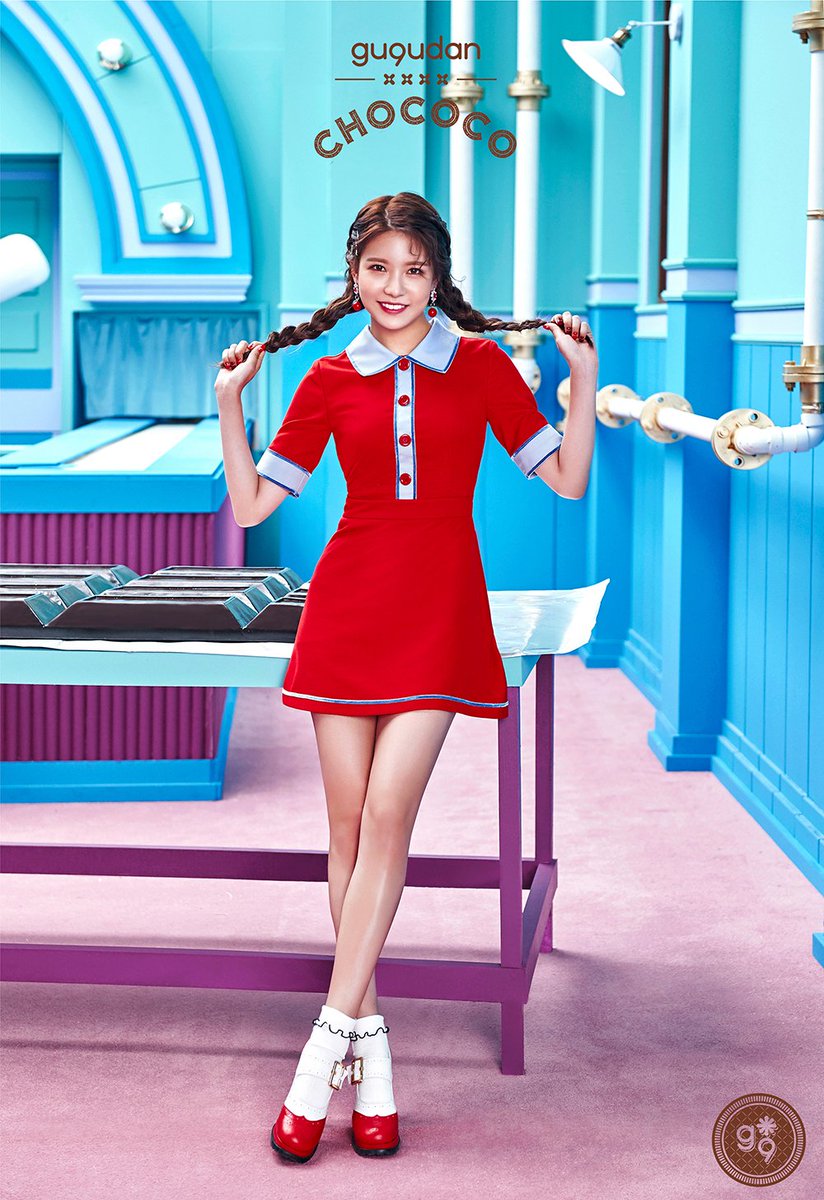 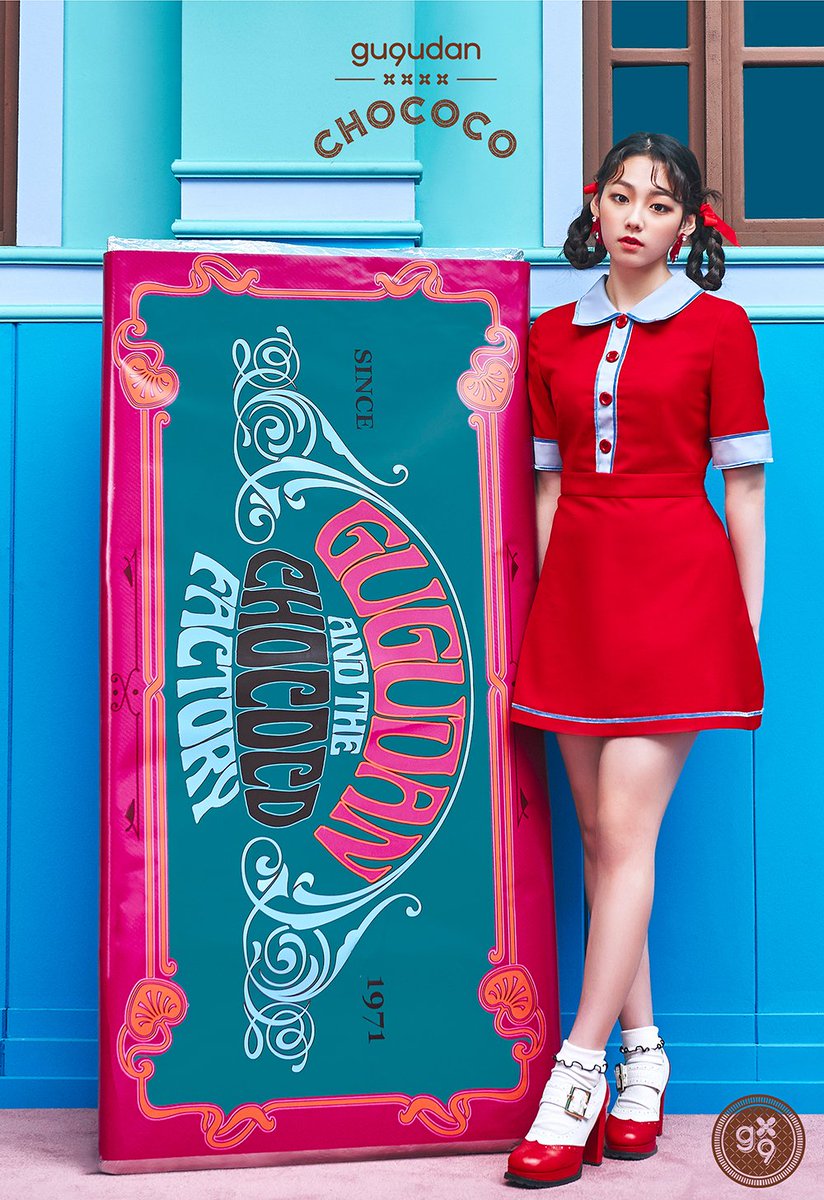 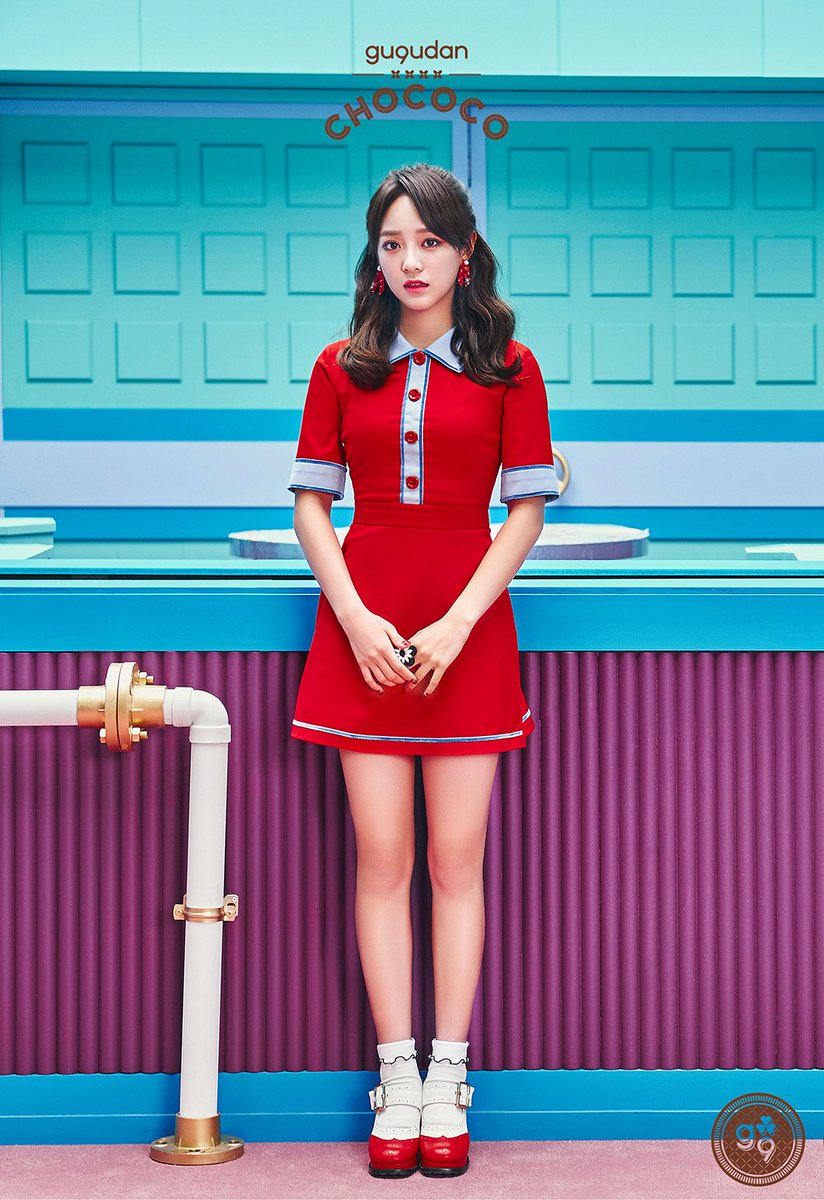 gugudan has dropped the teaser schedule for their upcoming comeback!

The teasers for “Act.3 Chococo Factory” will include official photos, a track list, highlight medley and a music video teaser leading up to the November 8 release of the album and music video.

gugudan has released the very first teaser for their November comeback!

On October 25, the group revealed that their comeback single album will be called, “Act.3 Chococo Factory,” and will feature title track “Chococo.”

Their upcoming album is inspired by “Charlie and the Chocolate Factory,” and will showcase the uniquely sweet atmosphere featured in the movies.

The group also previously announced that member Soyee will not be participating in this comeback due to an old injury flaring up.