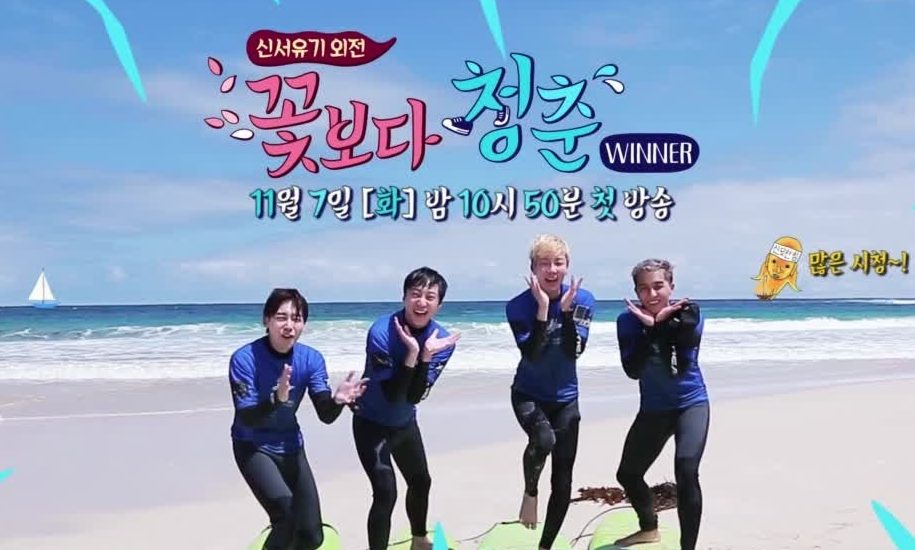 WINNER has released a teaser video for their upcoming show “Youth Over Flowers”!

The clip shows the members announcing that the show will be airing its first episode on November 7 at 10:50 p.m. KST.

Check out the cute video below!

WINNER’s “Youth Over Flowers” has finally confirmed its broadcast date!

The premise of “Youth Over Flowers” is that guests are “kidnapped” and taken to a destination with a minimal amount of belongings. After finding out in advance that they would be going, the members of WINNER had supposedly walked around in fancy outfits with food and survival gear in their backpacks.

However, after telling a white lie to make it look like the producer was on vacation, the production staff successfully kidnapped the members in an unprepared state and flew to Australia with them.

Will you be watching the show?