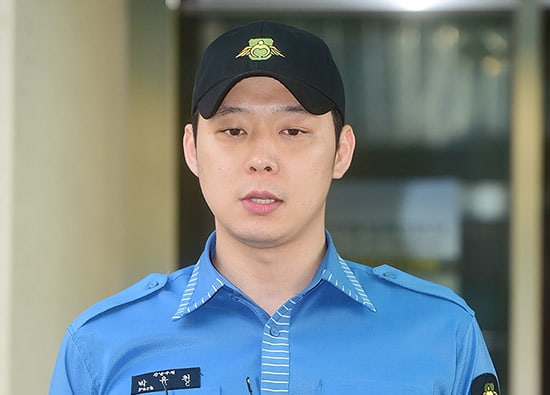 On October 26, it was revealed that the first woman who accused Park Yoochun of sexual assault (hereafter referred to as “A”), as well as her boyfriend and cousin (Mr. Lee and Mr. Hwang), who attempted to blackmail Park Yoochun, have been sentenced to prison.

The Supreme Court rejected appeals from both Mr. Lee (A’s boyfriend) and Mr. Hwang (A’s cousin, and a member of a gang), and upheld their initial rulings of 18 months in prison for Mr. Lee and 24 months for Mr. Hwang, for attempting to draw a large settlement from Park Yoochun and his agency after accusing him of sexual assault. A also filed an appeal initially, but later withdrew, accepting her 20-month prison sentence for false accusation and attempted blackmail.

The case started in June 2016 when A sued Park Yoochun for allegedly sexually assaulting her in the bathroom of an adult entertainment facility. She later withdrew her suit, saying that their sexual relations were consensual, after which Park Yoochun sued A, Mr. Lee, and Mr. Hwang for false accusation and blackmail.

Meanwhile, one of the other women (referred to as “B”) who accused Park Yoochun of sexual assault was found not guilty of false accusation in both her first and second trials. The prosecution is currently going through the process of appealing the ruling in the Supreme Court.