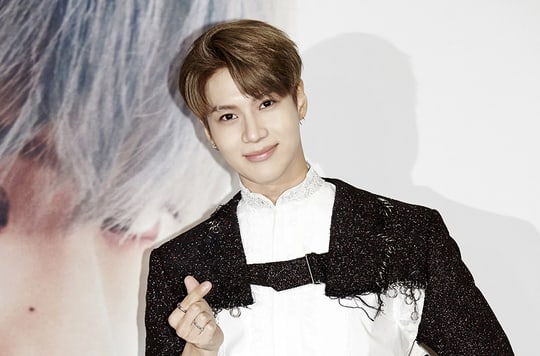 On the October 26 episode of SBS’s Power FM “Lee Guk Joo’s Young Street,” Taemin appeared as a guest and talked candidly about himself.

During the section of the radio where he had to fill in the blanks to several questions, Taemin revealed that the most recent lie he had told was, “I don’t know if I’m good-looking.” He went on to explain that he had seen many handsome people on V live these days and had commented that he wanted to become handsome as well. “All men are the same, they’ll think they’re handsome,” Taemin joked.

When Lee Guk Joo asked which celebrity Taemin thought was handsome then, he chose Minho, his group member. “I didn’t realize it because I was used to him, but I watched a clip of him on the red carpet a few days ago,” Taemin said. “When I saw him in a suit, his face was like a sculpture.”

He repeatedly complimented Minho for his looks and added, “There was a time people used to confuse me and Minho during our debut days and I wasn’t offended.”

Taemin has recently released his new solo album “Move” and will be appearing as a mentor on the idol rebooting show “The Unit” set to premiere on Saturday.