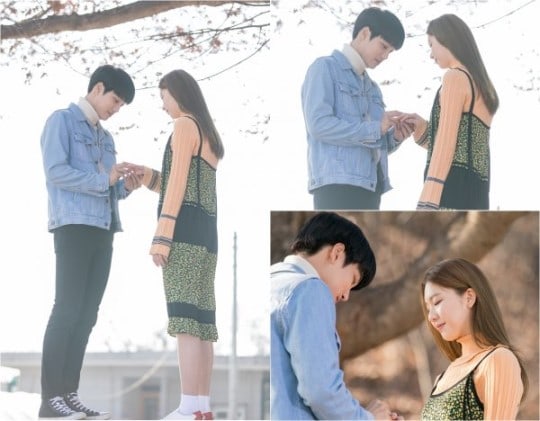 In the photos, Kai is putting a ring on Kim Jin Kyung’s finger under a tree. This tree has a special meaning for this couple, which is why Kai chose this spot to show the ultimate gesture of love to Kim Jin Kyung.

Last week, Kai received an expensive ring from his grandmother which he was planning to put on Kim Jin Kyung’s finger. However, he ended up losing the ring which led to a series of comical and unfortunate events.

Viewers were unsure how the ring debacle would end, but can now be rest assured after seeing Kai finally put a ring on Kim Jin Kyung’s finger. However, viewers will still have to tune in to watch if the ring in the photo is the one he lost and whether or not this proposal ends with a happy ending.