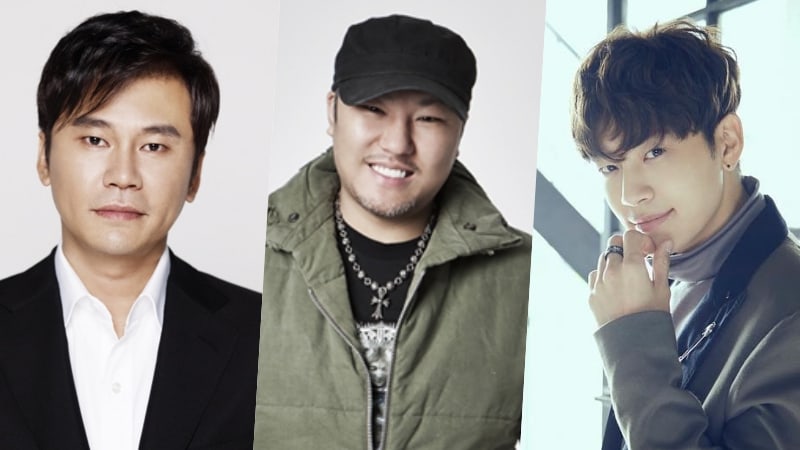 Yang Hyun Suk said, “I heard there are rumors in the industry saying that I have bad relations with Brave Brothers and Se7en. I think these rumors were created because they’re not with YG anymore. However, both of them are like my children.”

He continued, “Obviously there was some awkwardness when I saw them again through ‘MIXNINE,’ like the awkwardness of running into your ex-girlfriend. But we quickly started making jokes and talked like we used to.”

“MIXNINE” is an idol survival program where YG Entertainment founder Yang Hyun Suk travels to 70 agencies in Korea to find hidden talents. 400 participants will then go through a survival process to become the final nine females and nine males. In the end, the boy group and girl group will compete to become the final group standing.

Yang Hyun Suk, BIGBANG’s Taeyang and Seungri, CL, and Zion.T will participate as judges on the show with Noh Hong Chul as the show’s MC.

“MIXNINE” will premiere on November 29 at 4:50 p.m. KST. Watch the teaser here and the first look at the participants here.