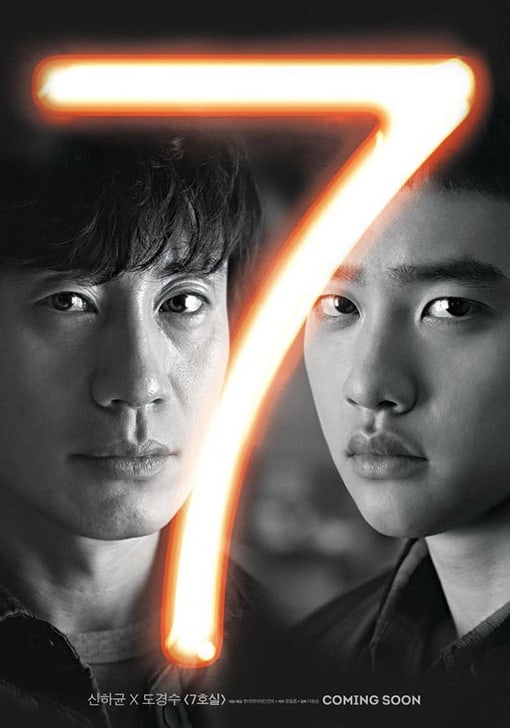 Shin Ha Kyun And EXO’s D.O. Talk About Their Chemistry During Fight Scenes In New Movie 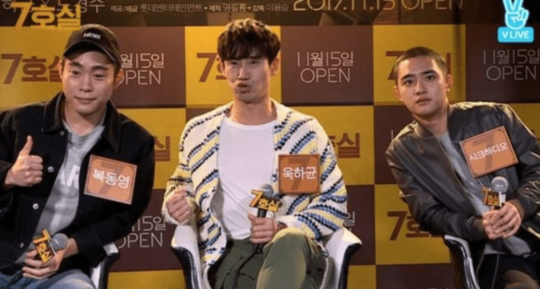 Director Lee Seung Yong said, “It’s a black comedy but there’s a lot of other genres mixed in. There will be some tough realistic action hidden throughout.”

Shin Ha Kyun added, “D.O. and I had to film a fight scene. We naturally grabbed at each other’s throats and hair. At that time, D.O. had more hair than he does now. We used the stuff around us as well. We made it up as we went along.”

About the part when he gets fabric deodorizer flung into his eyes, D.O. said, “It wasn’t really deodorizer but it stung when it got into my eyes, so I took revenge.”

The two also ad-libbed on set, especially when it came to swearing. D.O. said, “When a swear word that wasn’t in the script came out, I would respond to it with irritation.”

Shin Ha Kyun said, “D.O. ignored me a lot. He responds with one big swing. In his swear words there were numbers and animals [references to swear words].”

“Room Number 7” is slated for a November 15 release.