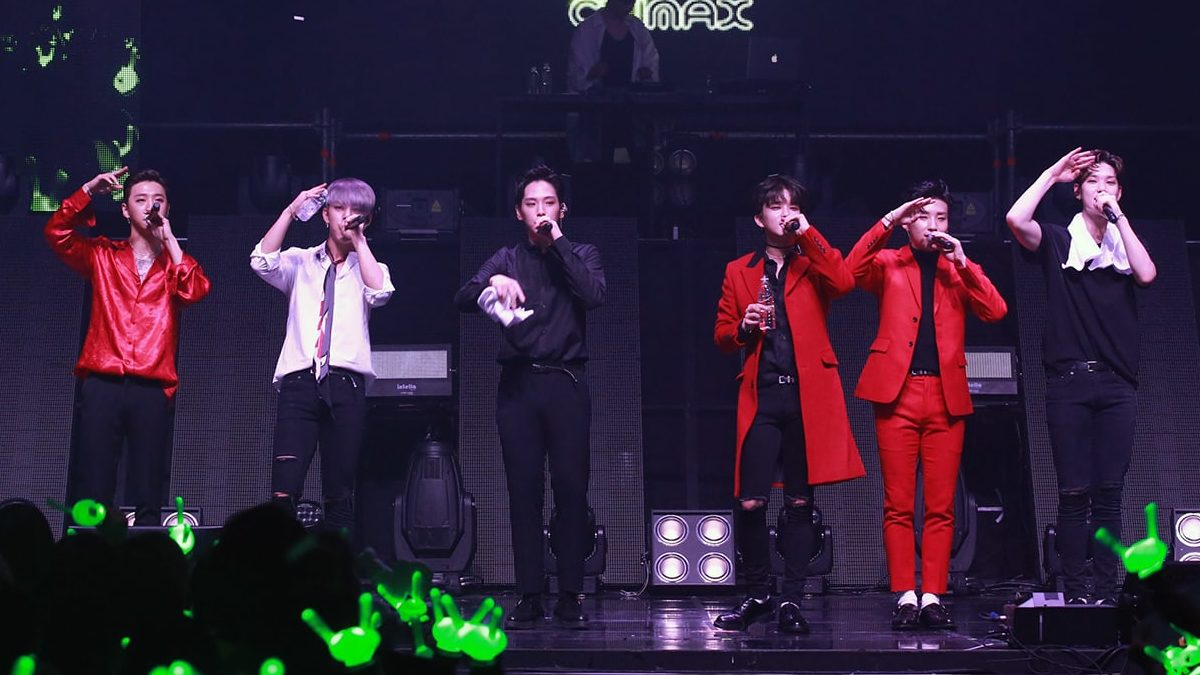 On October 28, Soompi had the chance to attend the Seoul leg of their tour, and it was definitely an intense one! The night was full of high-quality music, sizzling performances, and top-notch fan service.

It all kicked off with a hypnotizing screen showing a sequence of messages read in Youngjae’s voice, “Breathe in and breathe out. You are at a club right now. It’s 2 a.m., and you just drank a ton of Red Bull. You are not going home tonight.” The arena instantly turned into a club, and DJ B.Shoo got the party started with some EDM jams. He then launched a countdown, signaling the beginning of a sensational night. 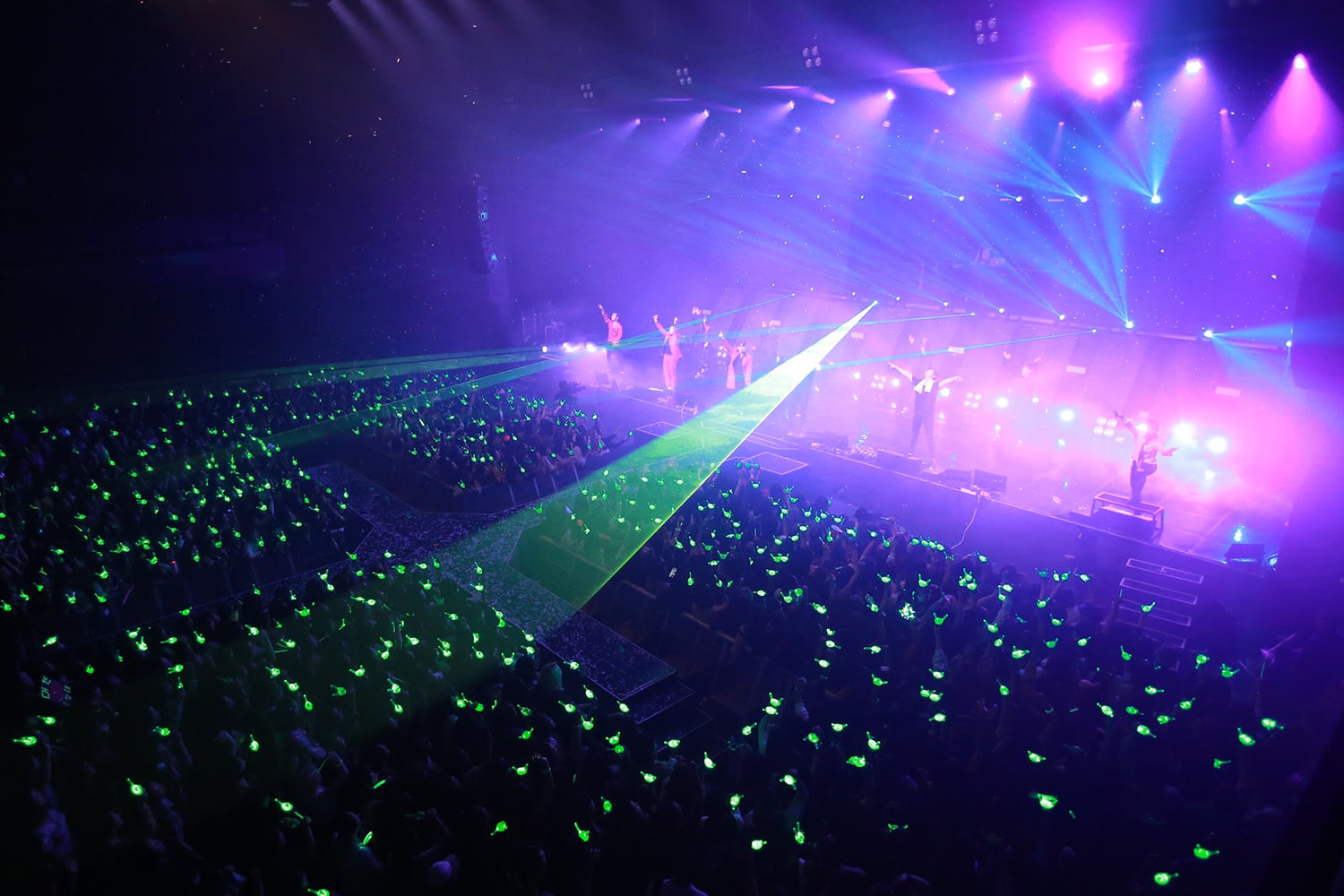 The members made their way to the stage and delivered a powerful performance of “Hurricane,” followed up by “Badman,” “No Mercy,” “All the Way Up,” and “That’s My Jam.” The fans passionately waved their green Matoki light sticks in the air as B.A.P continued the hype with “Do What I Feel,” “Crash,” and “Dancing in the Rain.” 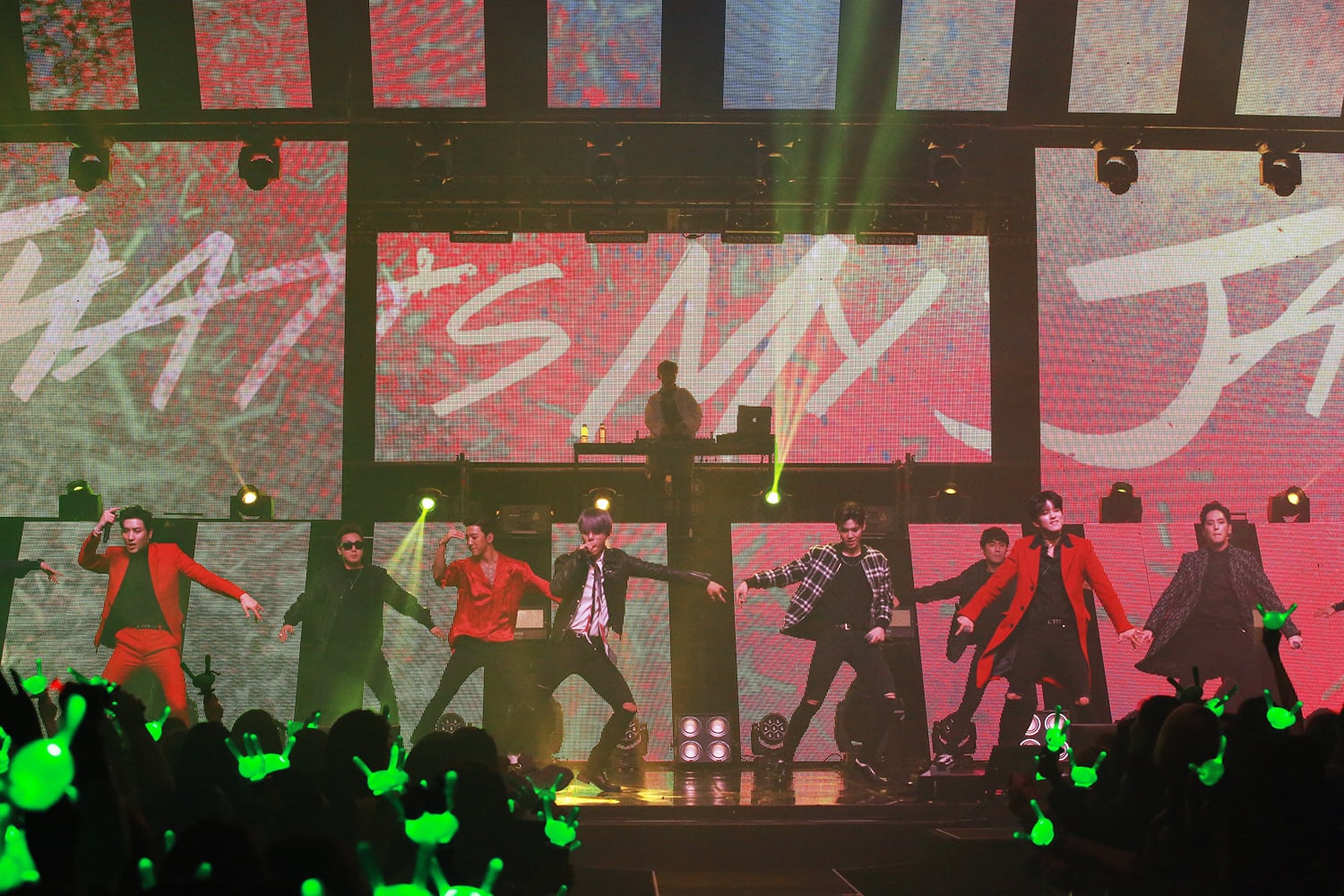 The members then introduced themselves and greeted their fans through some freestyle dancing. The atmosphere was nice and lively until Daehyun, Youngjae, and Himchan suddenly left the stage, leaving Zelo, Jongup, and Bang Yong Guk, the three less talkative members, awkwardly standing around.

Jongup adorably tried to converse with the audience until Daehyun came back on stage to save the day. He briefly interviewed the three members and asked them what they’ve been up to. Jongup talking about moving to a new dorm, Zelo said his life hasn’t been that fun lately, and Bang Yong Guk expressed his love for soccer. 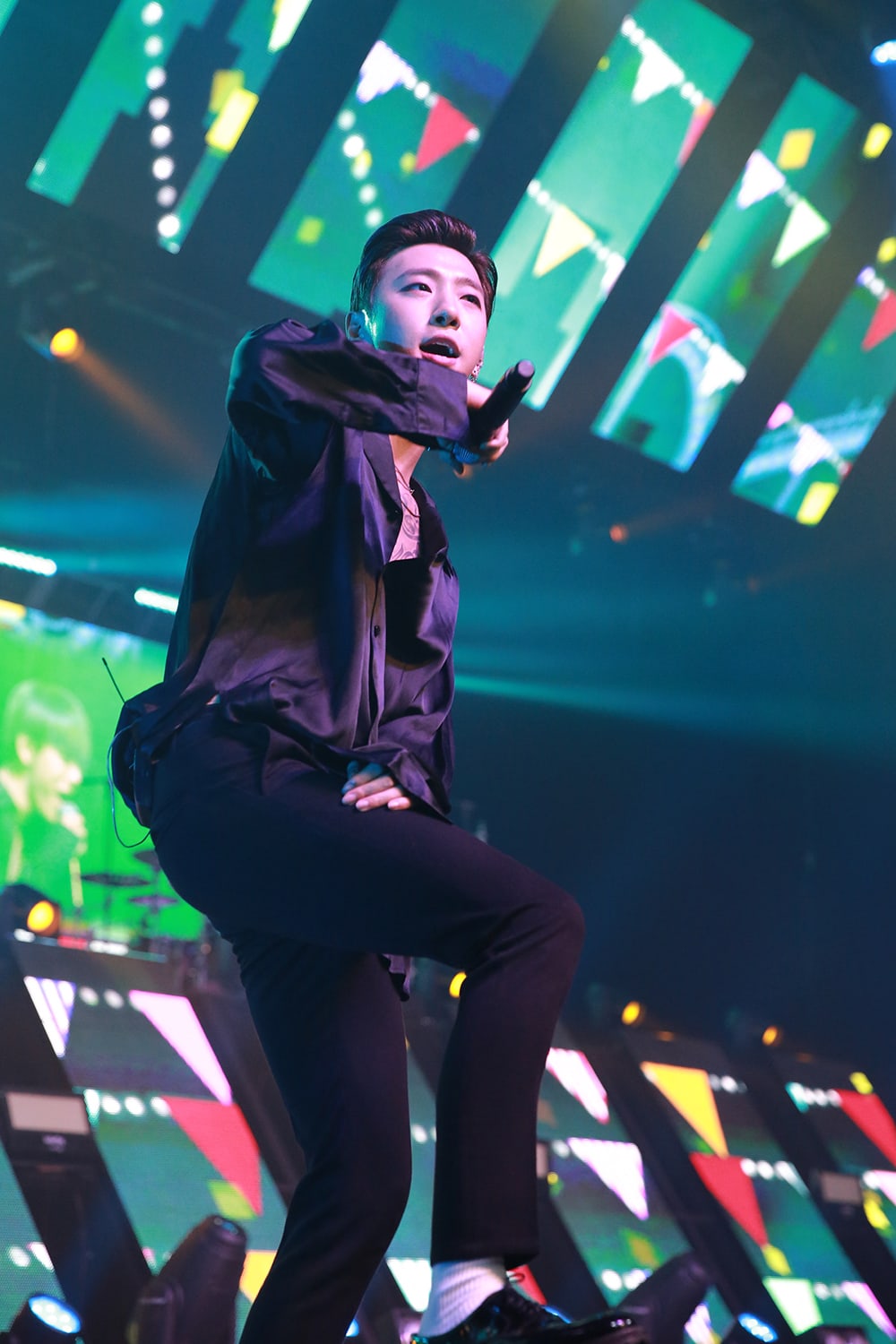 B.A.P then moved on to the next segment of their concert, consisting of solo performances by Youngjae and Himchan. Both members revealed their new solo tracks for the very first time. Youngjae performed “Stay With Me,” a sweet acoustic song featuring Zelo’s rapping. 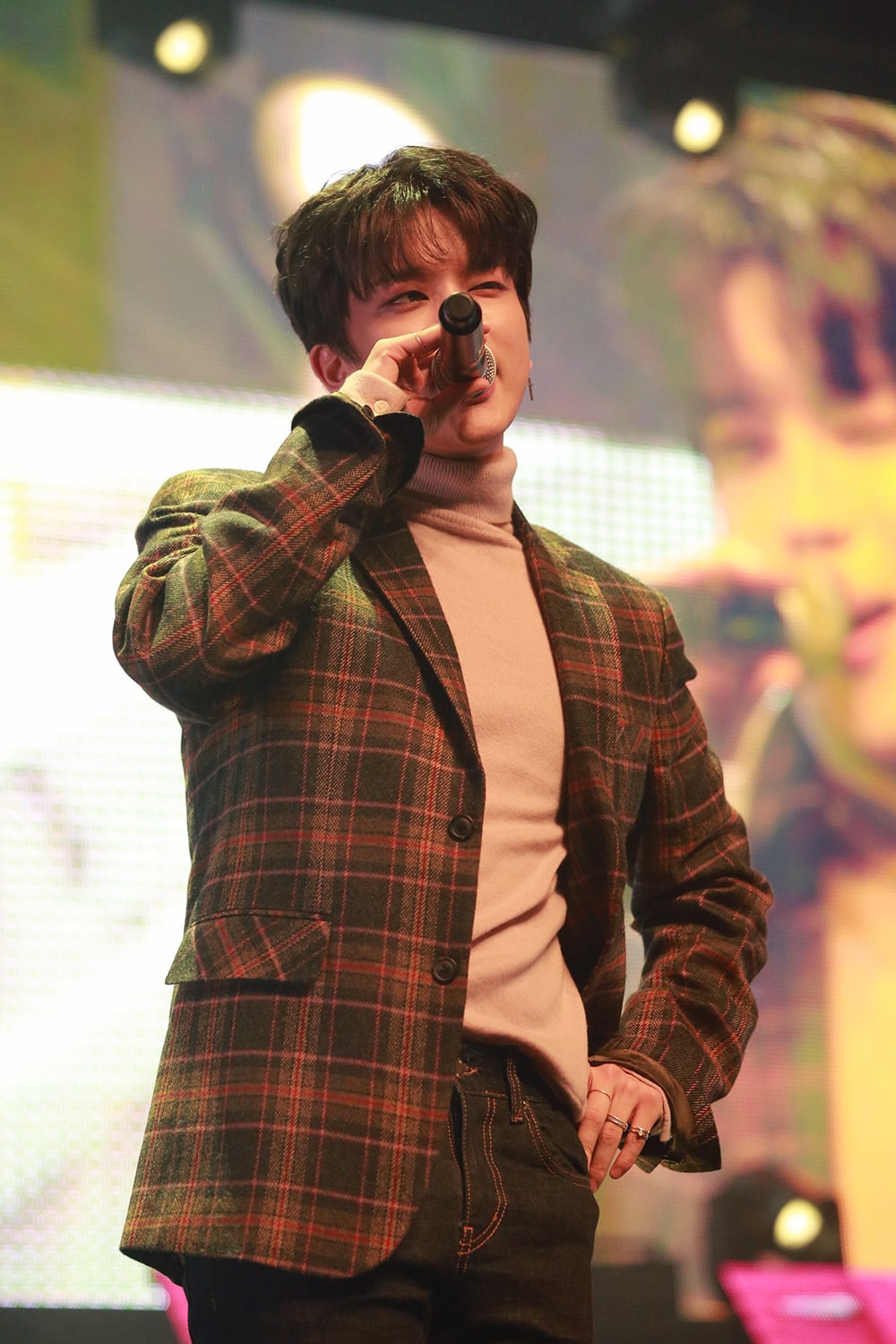 Himchan performed his self-composed EDM track called “What’s Wrong.” He revealed the story behind this song, saying that he had actually received an offer to be in a variety show where the cast members would compose their own EDM tracks and perform them. He accepted the offer and even wrote the song for the show, but his plans fell through because he was busy with B.A.P’s tour during that time. 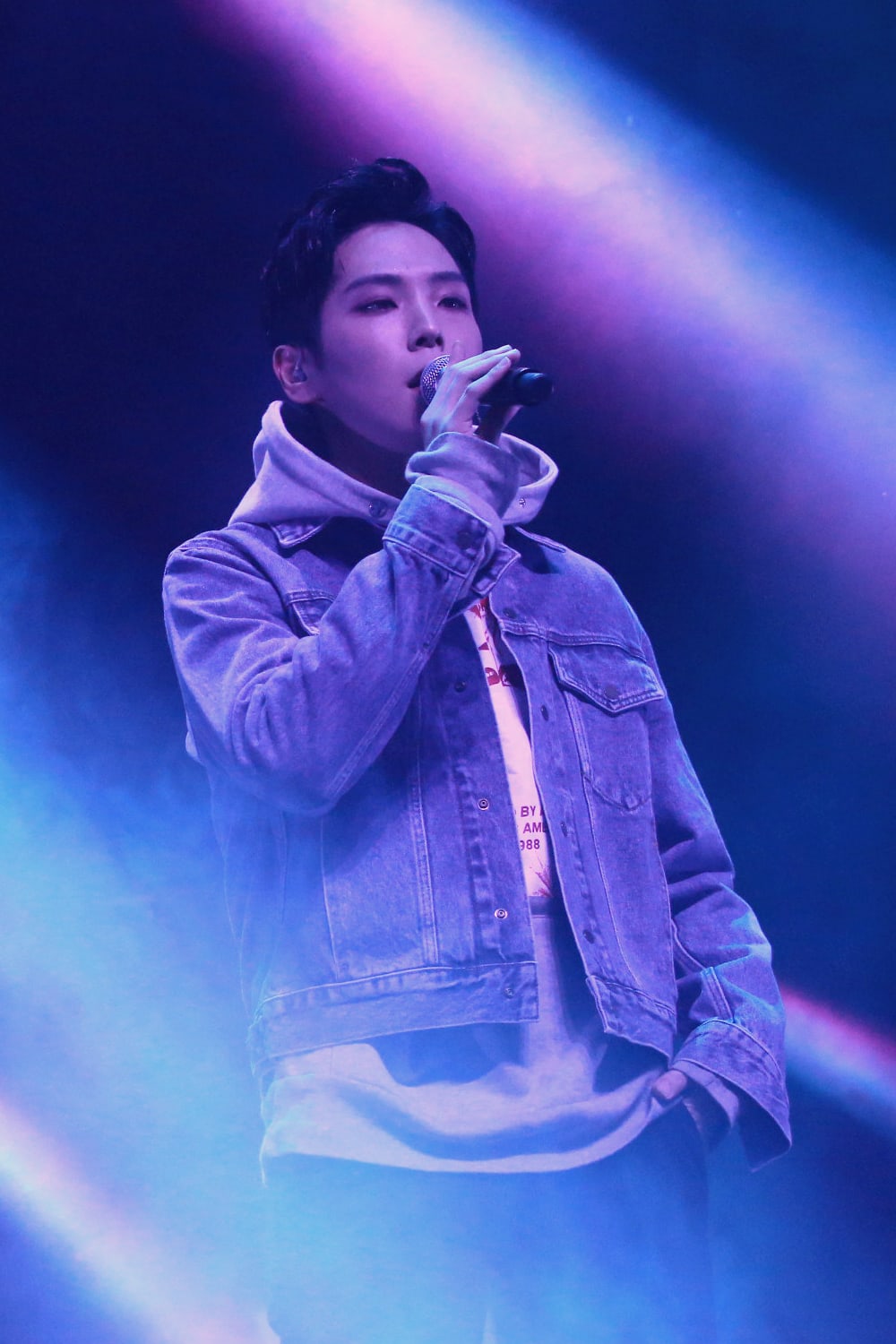 The rest of the members came back on stage, and together, they performed “Chiquita,” “Feel So Good,” “Be Happy,” and “Carnival.” 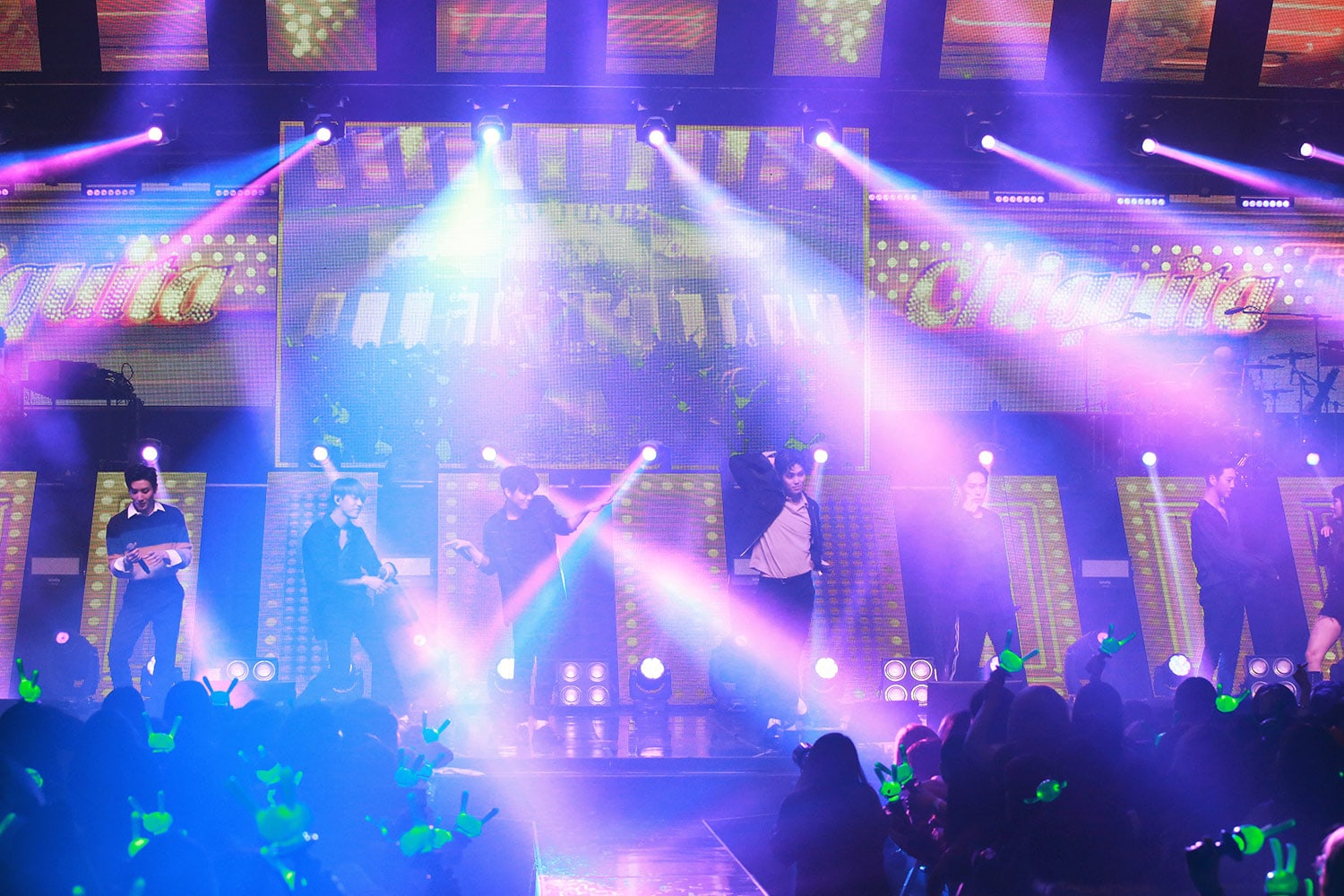 B.A.P then continued with the rest of their solo performances. Zelo performed his solo track “Howler,” a rhythmical reggae song with a brass sound. His rapping skills were definitely on another level! 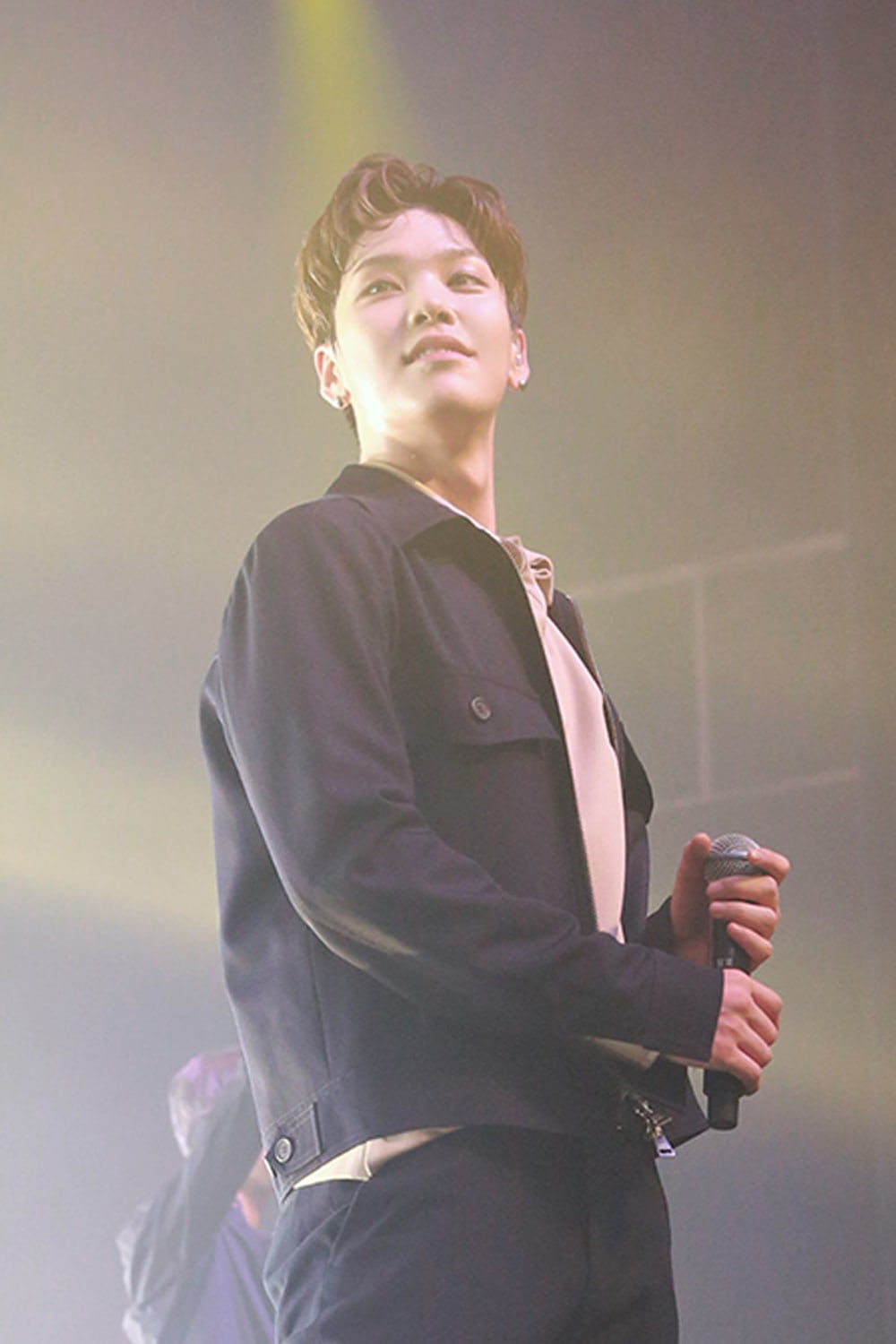 Up next was Jongup with his self-composed track “Now.” He prepared a lovely, musical-like performance, calling it “Up Up Land,” and impressed the crowd with his solid vocals. 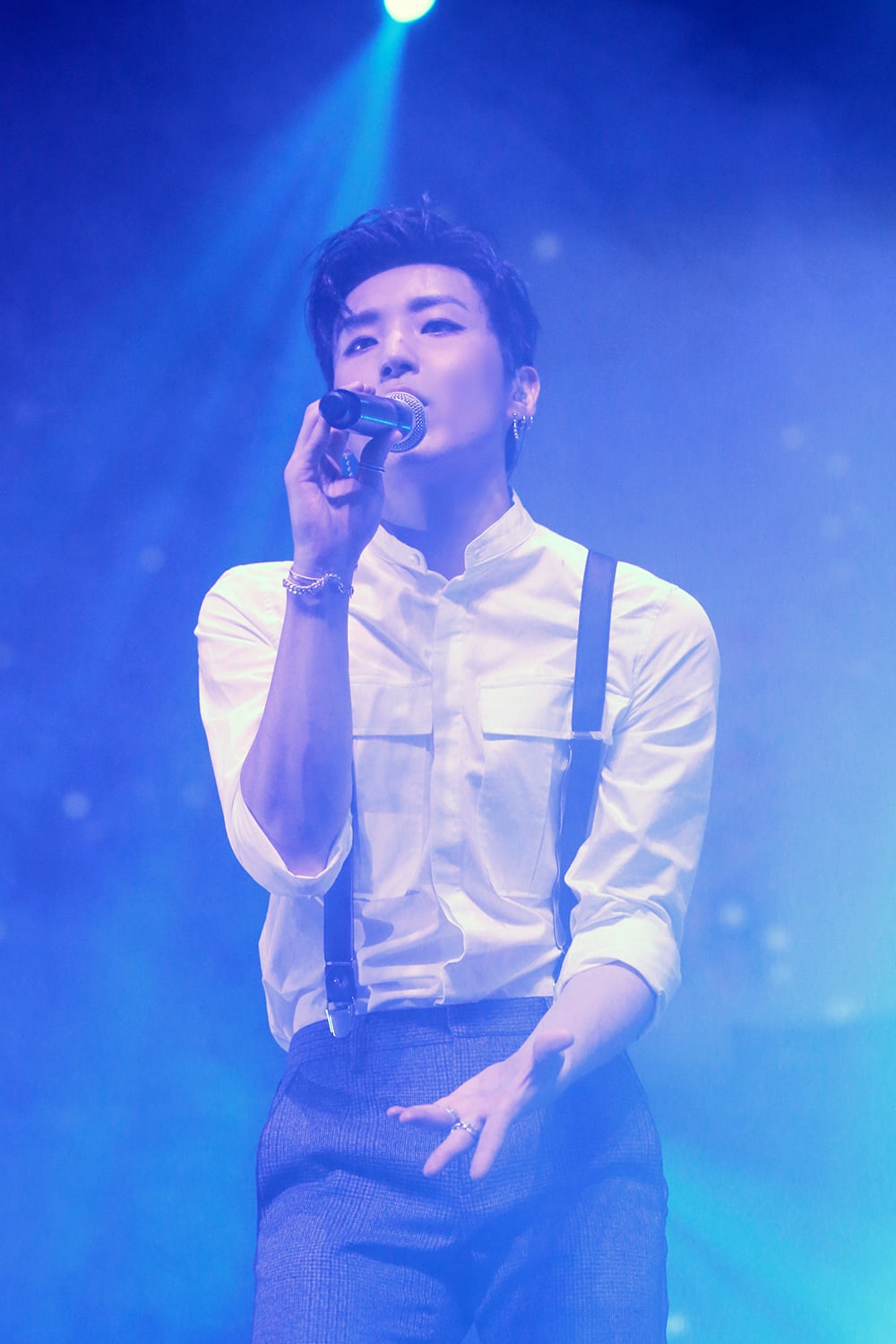 The last solo performance was by Daehyun, who sang his beautiful ballads “How About You,” “Dark Light,” and “Can’t Fly.” He captivated the audience with his powerfully expressive vocals, effortlessly nailing every note. 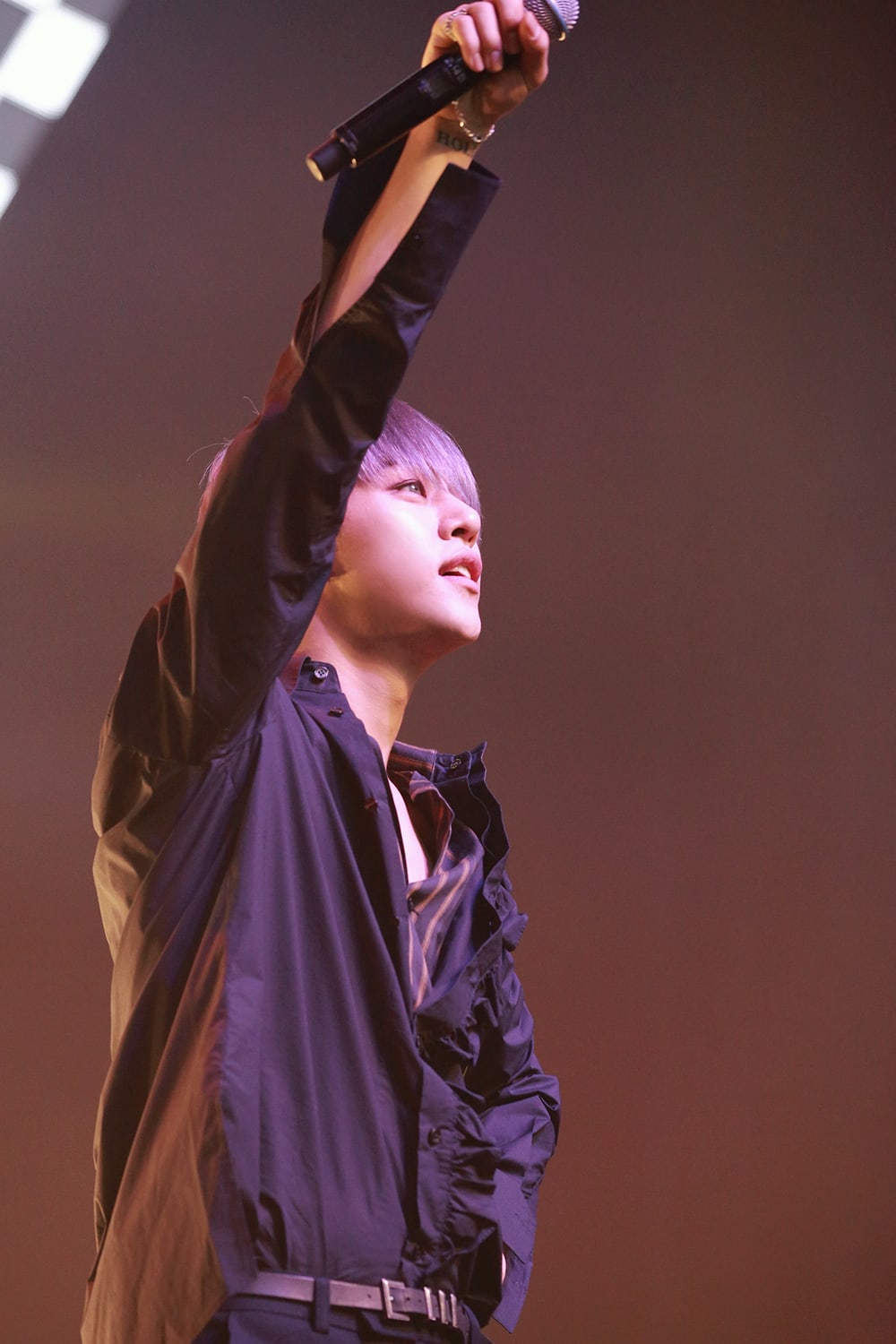 After all the incredible solo stages, B.A.P performed “1004 (Angel),” Wake Me Up,” and “Honeymoon,” owning the stage with their flawless live performances.

During a brief break, the fans asked why Bang Yong Guk hadn’t prepared a solo stage, and the members responded that it was because he had already released plenty of solo tracks. The fans were unable to hide their disappointment, but it didn’t last for long because the members hyped them up for another special stage! 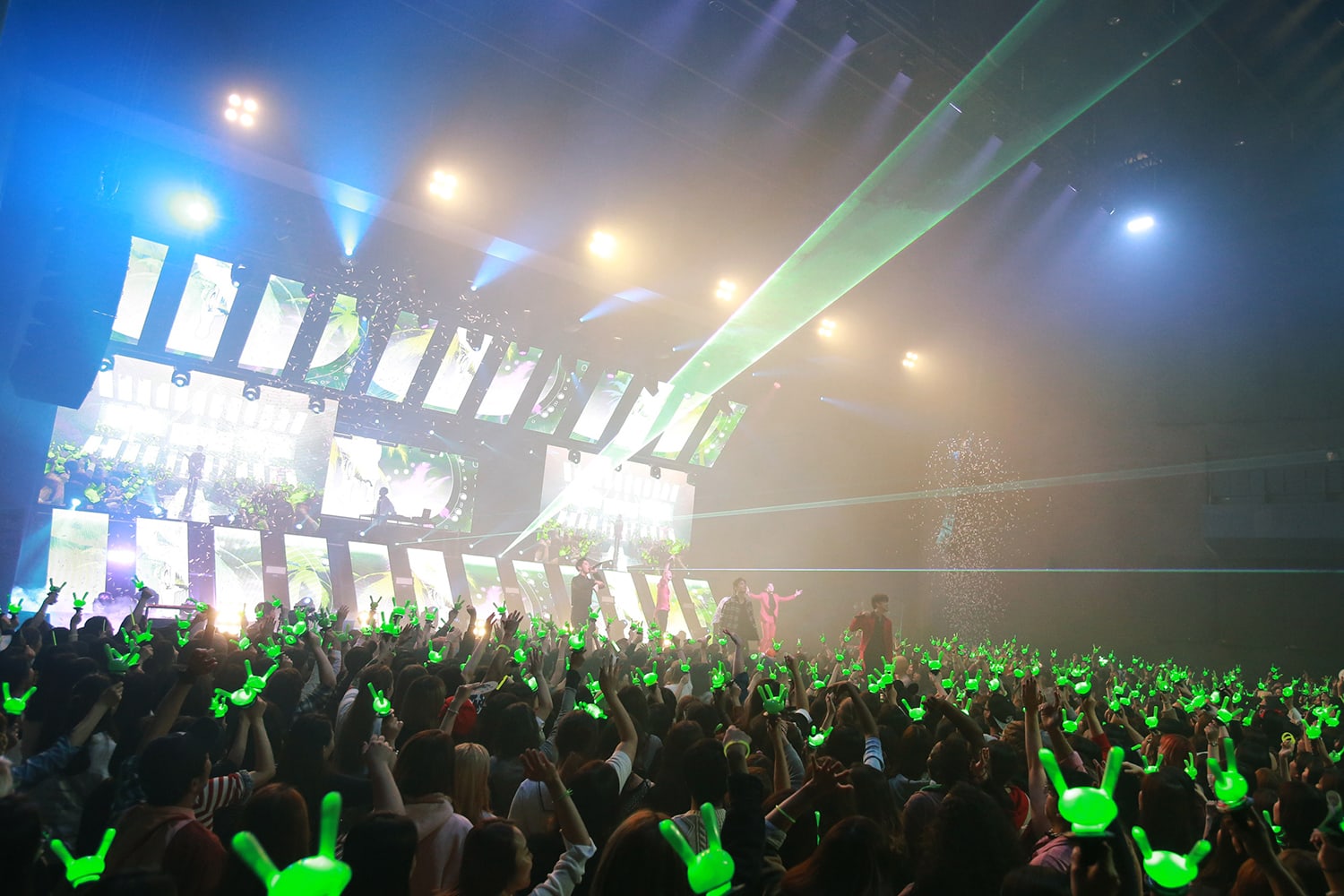 After leaving the stage for a brief moment, the members appeared again in Halloween costumes and performed their debut track “Warrior.” They then wrapped up their concert with the songs “B.A.B.Y” and “Excuse Me.” Before saying goodbye to their fans, Himchan announced that they will be coming back with another album very soon, filled with self-composed solo tracks. 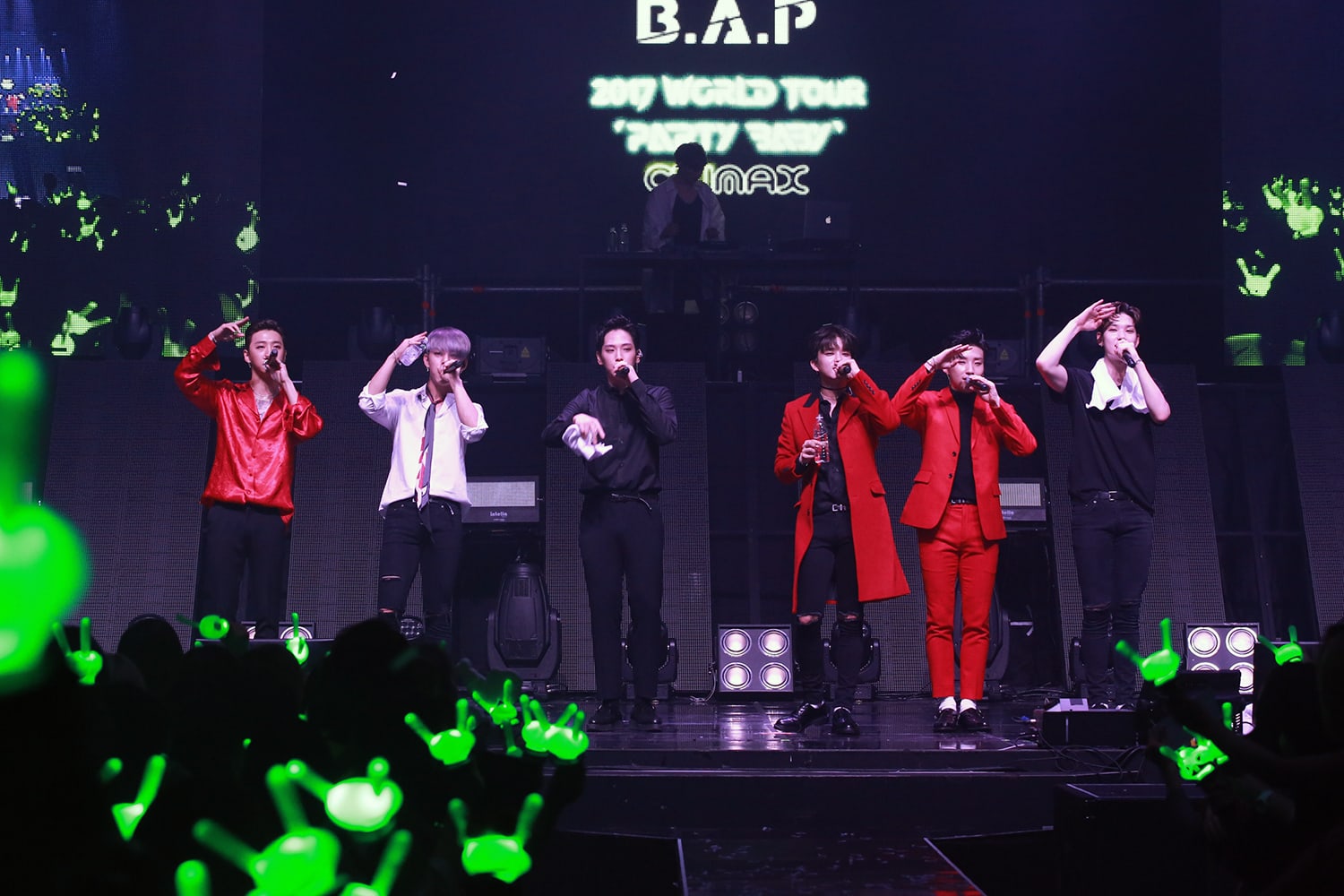 B.A.P will be concluding their “2017 World Tour ‘Party Baby'” with one last concert in Seoul on October 29. Congratulations to the group on another successful tour!