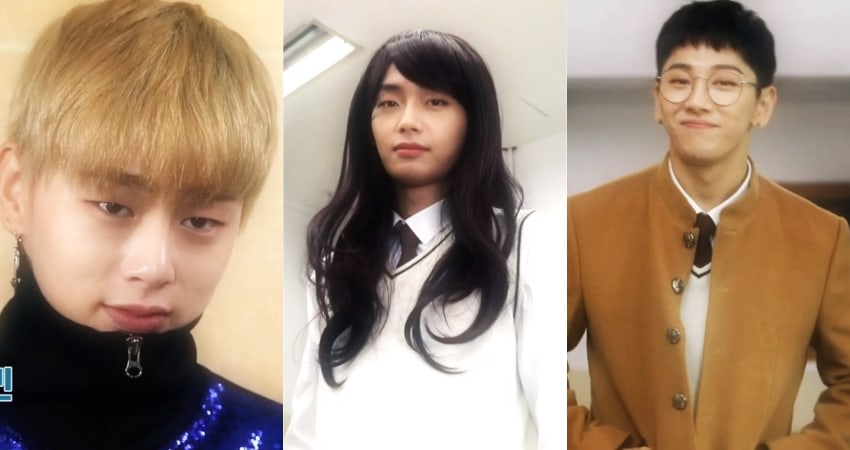 JBJ appeared as surprise guests on the October 28 episode of tvN’s “SNL Korea 9” as “three-minute friends.”

In the skit, Kwon Hyuk Soo goes looking for a friend who can help him get closer to a girl in his class he had a crush on, played by AOA’s Hyejeong. He comes across a store selling “three-minute friends” and chooses “a friend you’ll fall for.”

The next day, JBJ’s Kwon Hyun Bin appears next to Kwon Hyuk Soo wearing the infamous sparkly blue tracksuit that Hyun Bin wore in “Secret Garden.” He offers tips to Kwon Hyuk Soo to help him talk to his crush, telling him that girls like guys who can sing well, is funny, and that eye contact is important. However, Hyejeong falls for Kwon Hyun Bin instead of Kwon Hyuk Soo every time. Kwon Hyun Bin ends up falling in the toilet at the end of the skit, causing Kwon Kyuk Soo to find another friend. 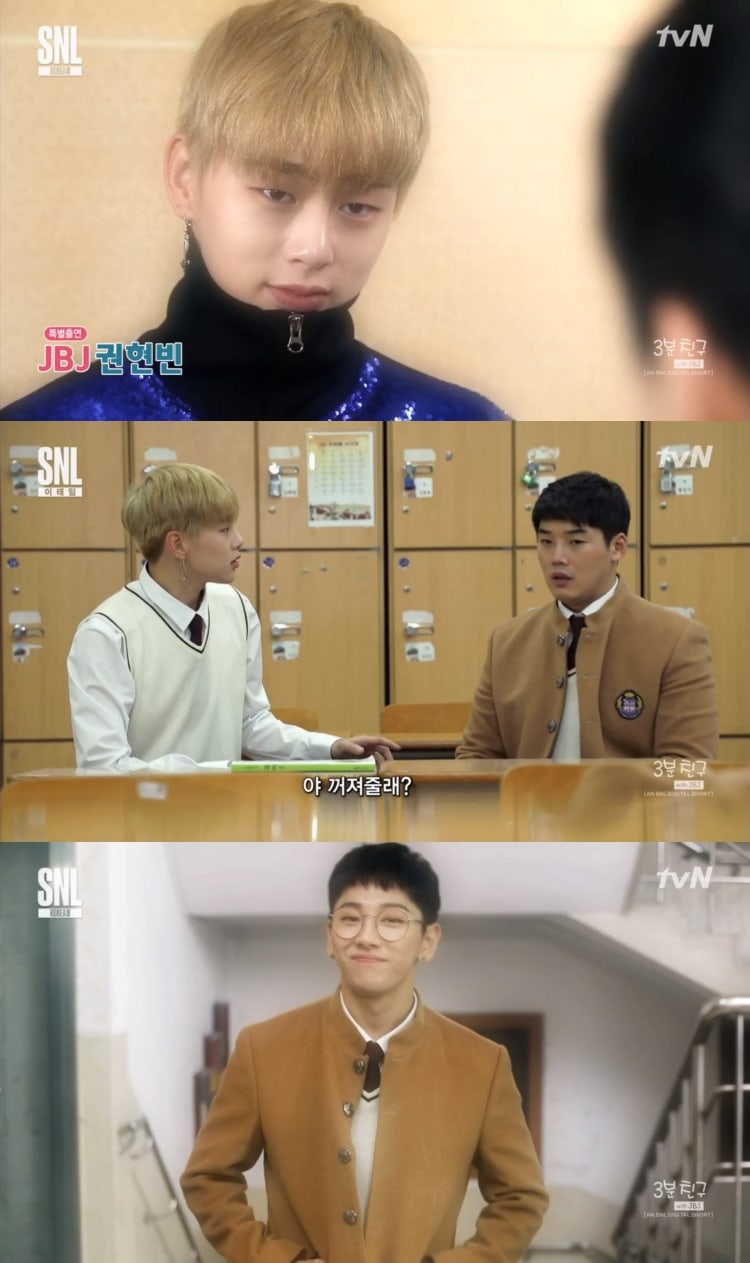 Kwon Hyuk Soo again looks for another friend and gets a “three-minute girlfriend.” Kim Yong Guk appears the next day dressed as a girl and introduces himself as “Yong Soon.” Kwon Hyuk Soo thinks that he’s a girl, and they play around before Kim Yong Guk’s wig accidentally falls off. When Kwon Hyuk Soo gets angry, Kim Yong Guk sings Jung Seung Hwan’s “If It Is You,” telling him that his hobby is actually dressing as a girl.

The last friends that Kwon Hyuk Soo buys are “animal friends,” who are Kenta, Kim Sang Gyun, and Kim Dong Han dressed in animal suits. They dance and play with Kwon Hyuk Soo, who finally becomes happy with his friends. 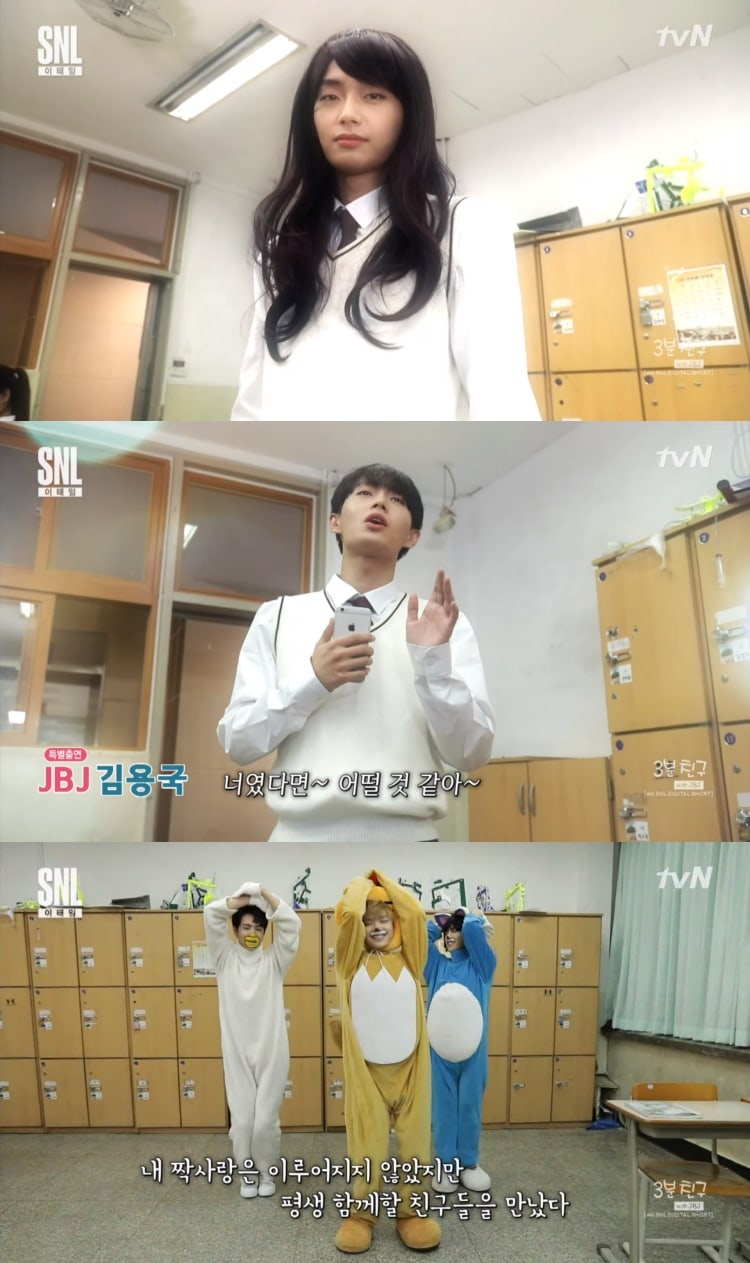 Kwon Hyuk Soo
SNL Korea 9
JBJ
How does this article make you feel?