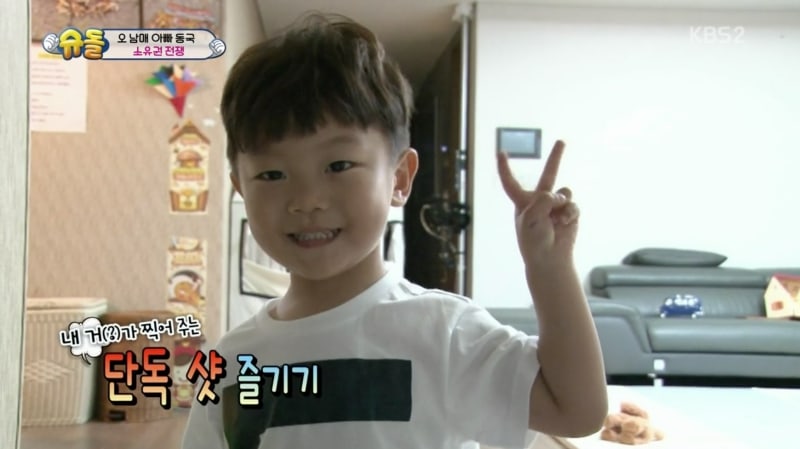 On the October 29 broadcast of KBS 2TV’s “The Return of Superman,” Si An, Seol Ah, and Soo Ah learned about ownership.

Their dad, Lee Dong Gook, came up with an idea to stop the twins from fighting over toys. First, he made the kids practice writing their names, then gave them each different colored post-its to stick on their belongings.

After giving them this task, he stepped out to go to the market. Seol Ah and Soo Ah went on a post-it rampage and put one on everything they saw. Lee Dong Gook had not given Si An any post-its, but the youngest took matters into his own hands by grabbing yellow post-its from the shelf. 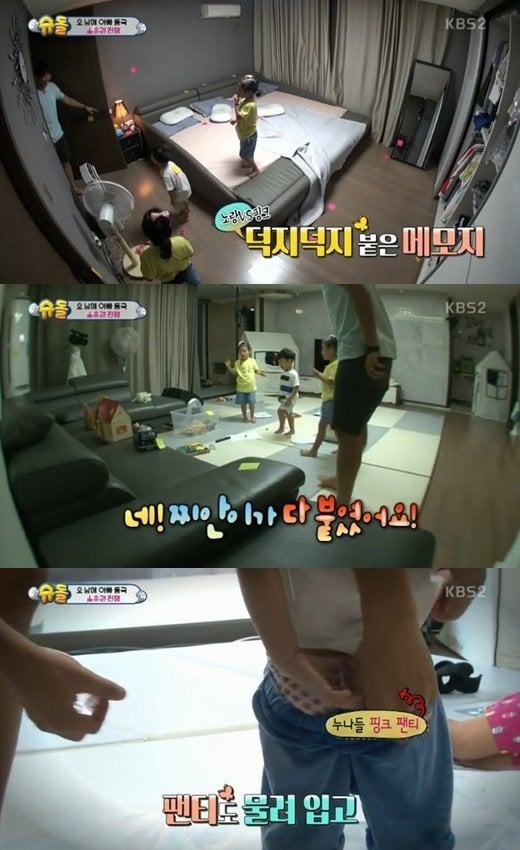 Then, he started to label things around the living room and took off the ones previously placed by his sisters. Si An even went to the VJ’s tent and said, “This is Si An’s right? Only film Si An,” and posed sweetly for the camera.

Upon seeing this, Lee Dong Gook later revealed in an interview how he understood Si An’s actions because almost everything Si An owns is a hand-me-down from his four older sisters, right down to his underwear. 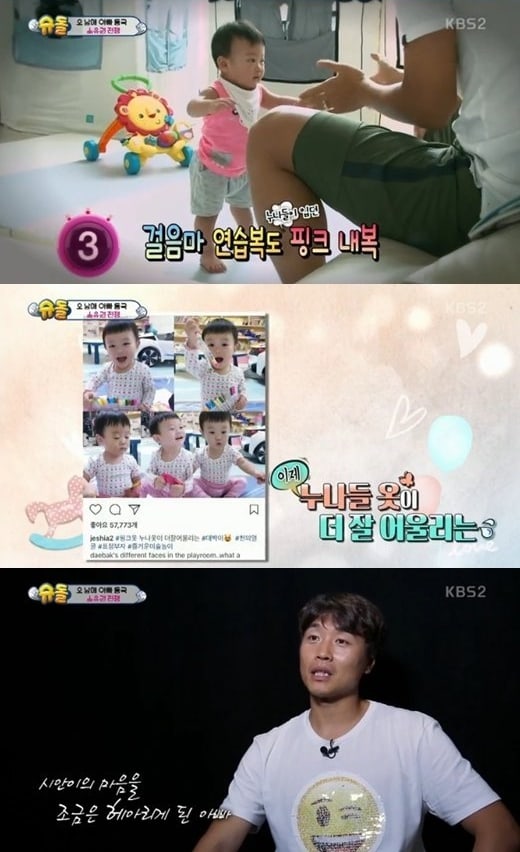 Lee Dong Gook specially wrote Si An’s name for him on a label which Si An put on his toy car. Then, the soccer athlete wrote “dad” on labels and placed them on the foreheads of all three kids, telling them they are his. Si An returned his love and said to the camera, “I belong to my dad! I love you dad!”

Lee Dong Gook
The Return of Superman
Si An
How does this article make you feel?