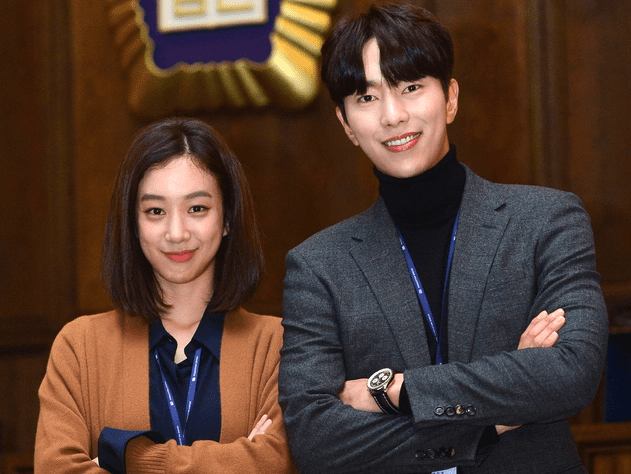 The team previously had a ratings goal of 7 percent and promised that Yoon Hyun Min and Jung Ryeo Won would have a free hug event if they reached their goal. However, they revealed their new ratings promise at the press conference.

Yoon Hyun Min commented, “I thought that even starting at 3 percent and ending at 7 percent would be too high of a viewership goal. This was before I really got immersed into the drama, so we talked about having a free hug event. But now that we’re filming for the drama and sharing stories, I thought that we should have a more meaningful promise. In order to give back what we’ve received, we realized that there’s something we really want to do.”

Jung Ryeo Won continued, saying, “We thought a lot about it. We wanted to personally do it, but we thought it would be good to carry it out as a promise. If we reach 15 percent, we want to gift a food truck to sex crime prosecutors like us. We want to give them some comfort by gifting them with a food truck.”