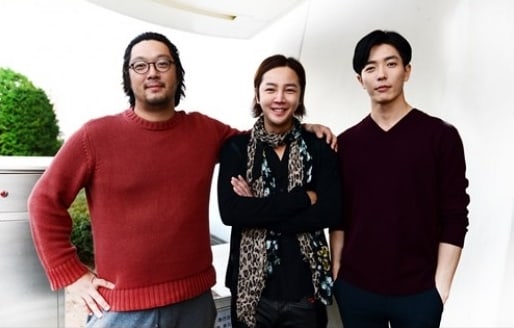 On October 27, actor Jang Geun Suk personally visited the set of SBS’s “Degree of Love” to show his support for director Nam Geon. He also gifted the cast and crew with a food truck that could feed up to 120 people, providing the staff members with some much-needed fuel during their busy filming schedule.

Jang Geun Suk explained, “Director Nam Geon and I made ‘Jackpot’ together. ‘Jackpot’ was Director Nam’s first drama, and it earned me a SBS Top 10 Stars Acting Award. On top of that, Nam Geon personally attended my concert in Tokyo in July 2016. I want to give him my deepest thanks, and I’m thrilled to be able to gift him, the cast, and the crew, who are all working so hard, with a warm meal.”

While on set, Jang Geun Suk was also reunited with former co-star Kim Jae Wook, with whom he appeared in “Marry Me, Mary!” in 2010. They spoke about Jung Woo, his character in “Degree of Love,” and Jang Geun Suk praised him for being a “formidable man.” 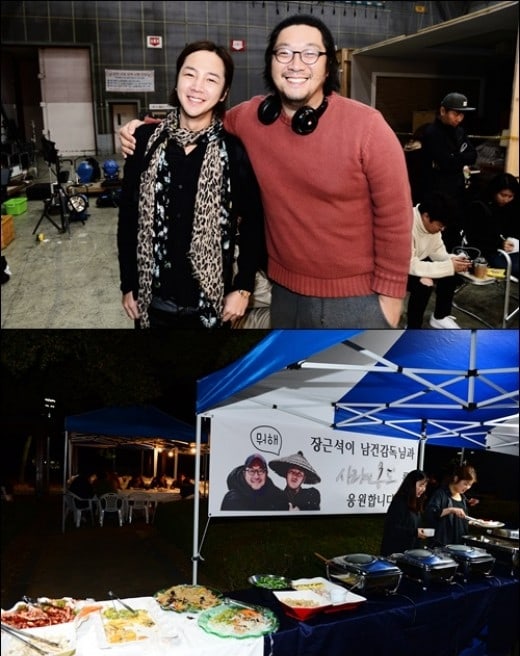 “Degree of Love” is a drama about two characters who meet in real life after chatting through an online community. The show tells the story of Hyun Soo, a TV drama writer, and Jung Sun, a chef of French cuisine, and it depicts the romances of young people who have grown too accustomed to fleeting relationships.