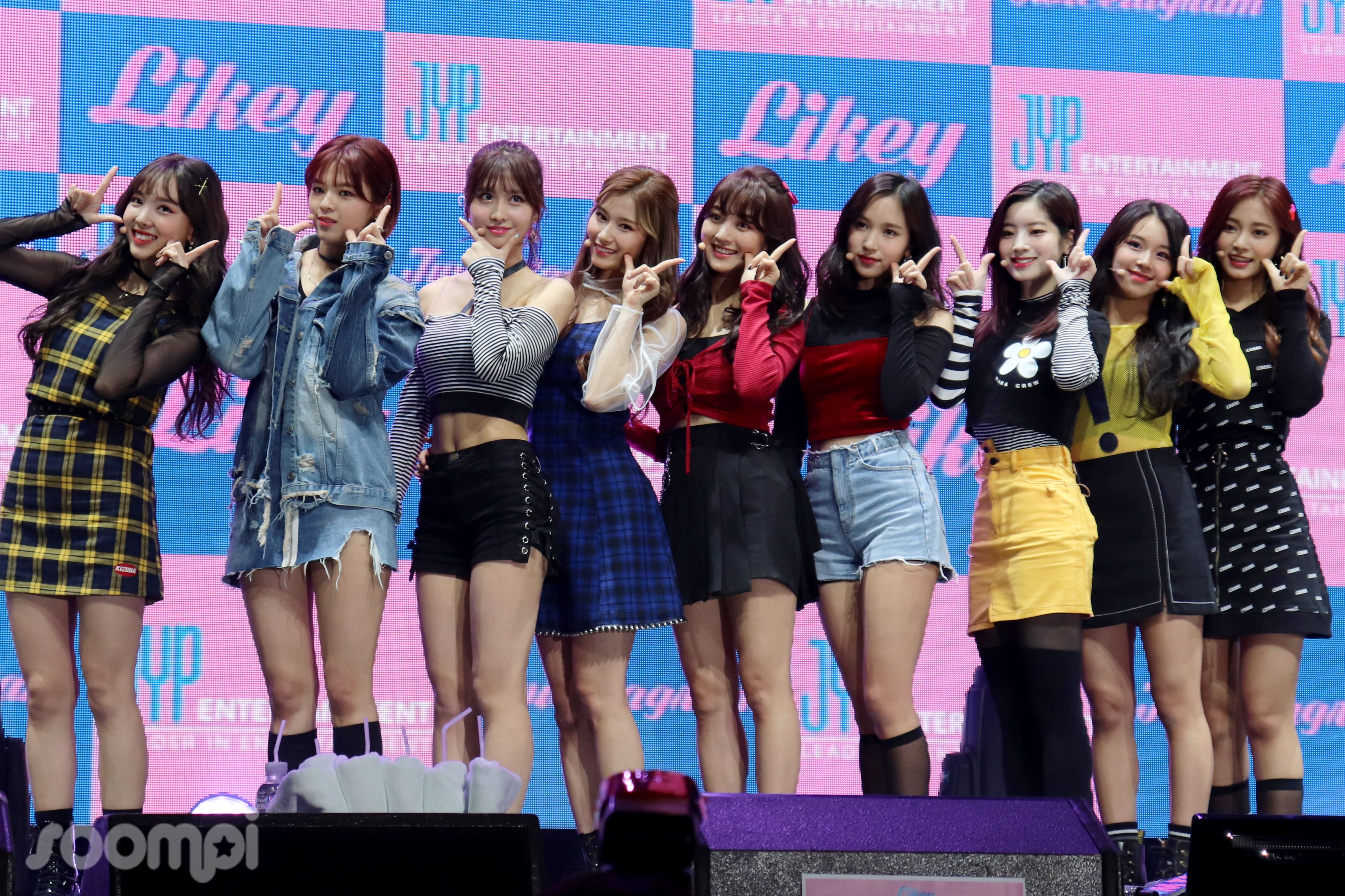 Exclusive: TWICE Reveals Their Goals And Expresses Excitement For Their First Studio Album

On October 30, TWICE held a press showcase ahead of their first studio album “Twicetagram.”

To kick off the event, the group performed “Signal” and “Knock Knock,” their hit title tracks from earlier this year. 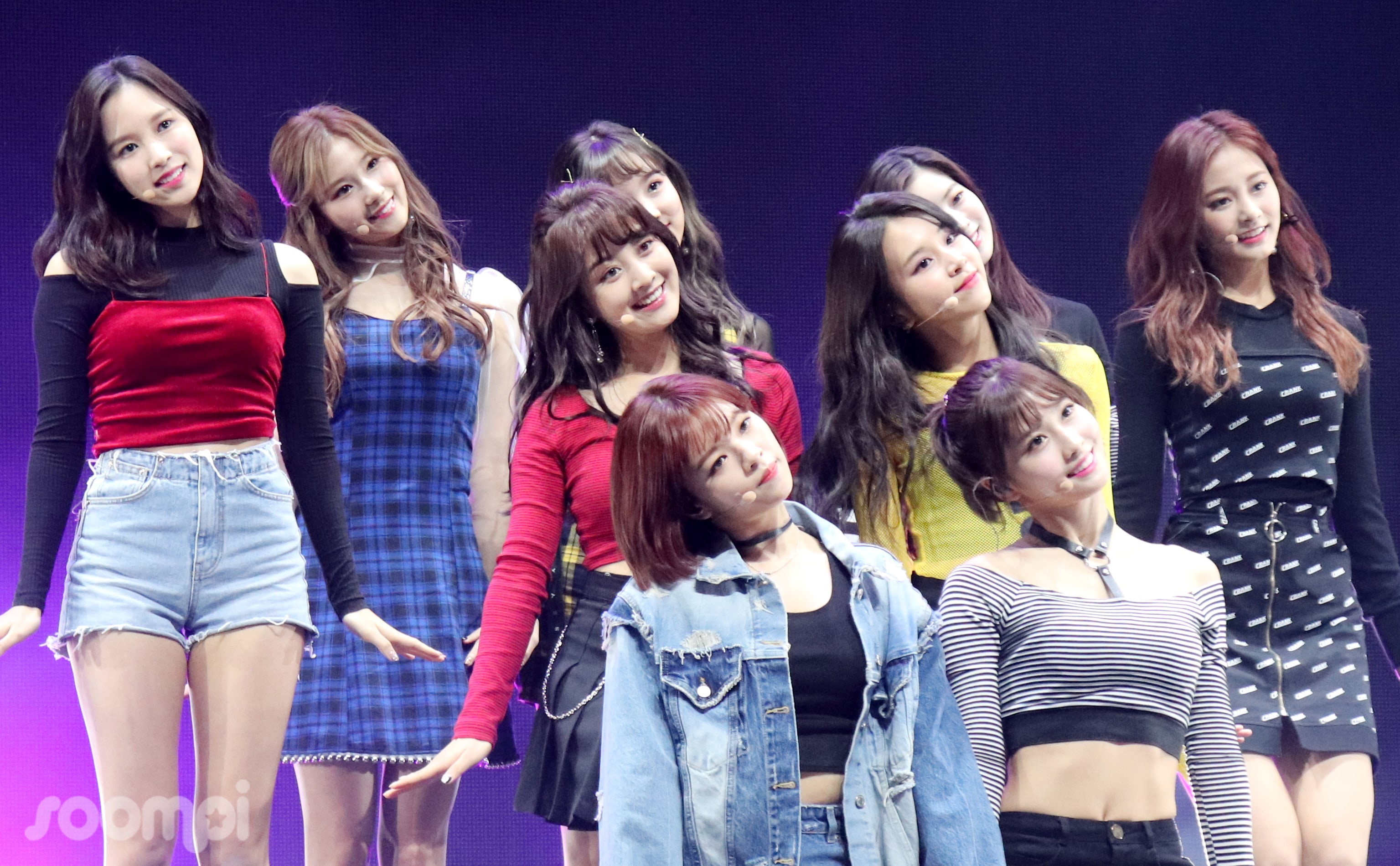 TWICE then finally revealed their newest title track “Likey,” a bright future electro pop track with trendy lyrics. It is co-written by Black Eyed Pilseung, who previously created their hits “Like OOH-AHH,” “Cheer Up,” and “TT.” 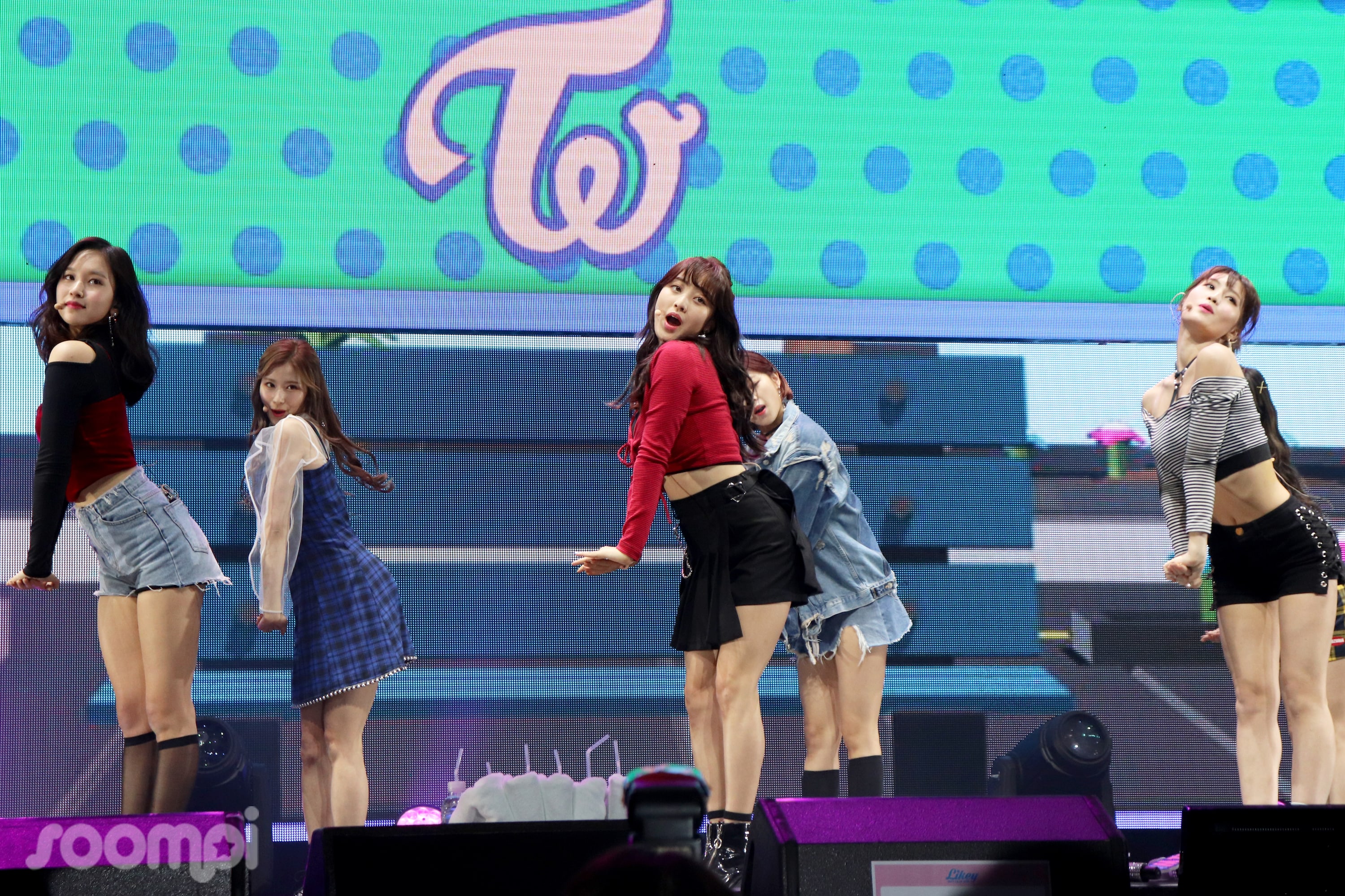 When asked what their main focus was for “Likey,” Jihyo revealed, “We felt that we cannot lose TWICE’s unique color, which we believe is bright, healthy, and upbeat. [Our title tracks] also each have a signature point.” She added, “Our fans also really liked the dance break in ‘Like OOH-AHH,’ so we incorporated that, as well.” 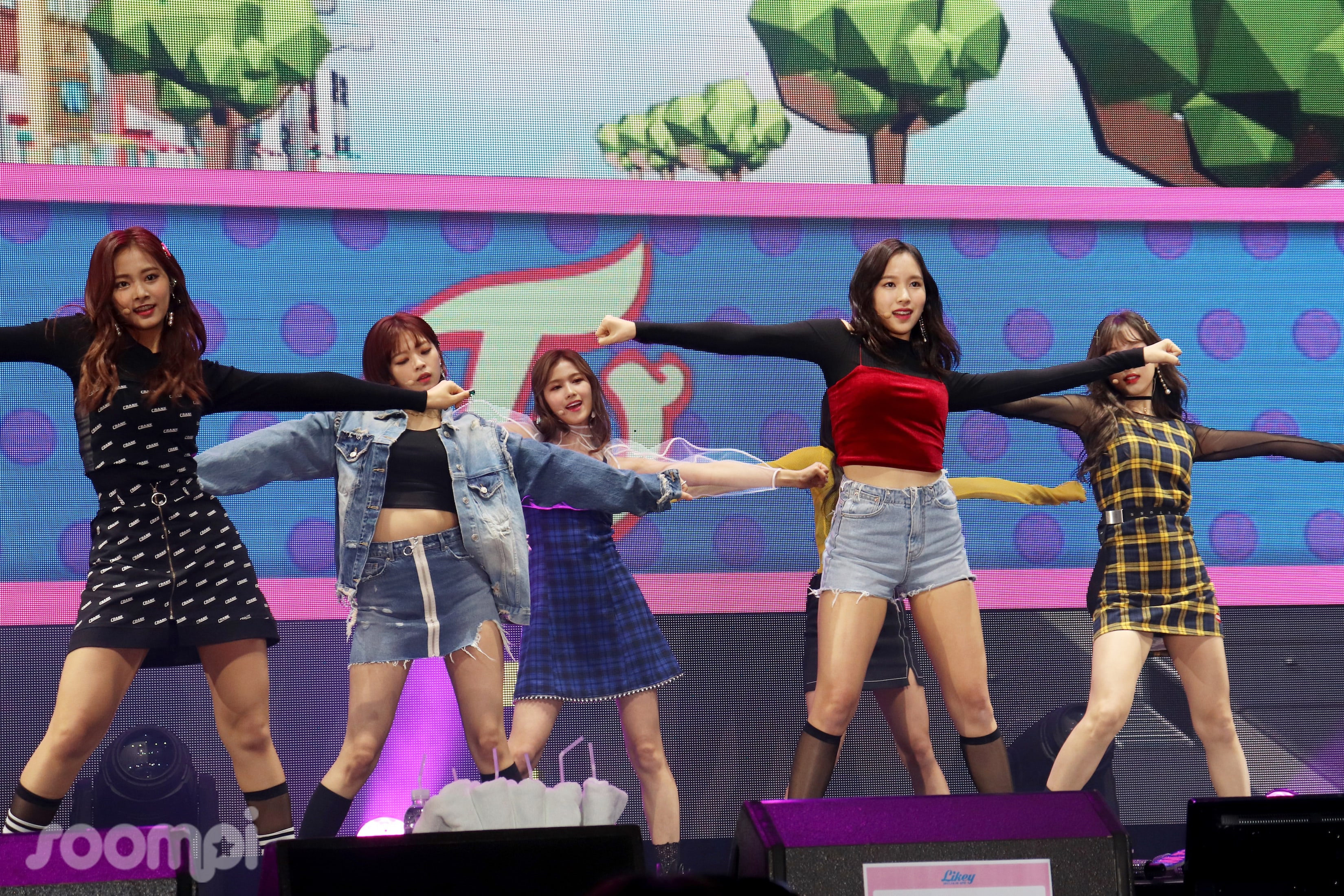 TWICE was asked about their goals for the new album. Jihyo shared that the goal she set at the beginning of the year was to release their first studio album, and she is extremely happy that it has now been achieved. They are very thankful for music show wins, but now her main goal is to continue doing concerts and performances to interact with fans. Jeongyeon commented, “We have a lot of members, and my goal is for all nine of us to be healthy and be able to perform together.” Sana really enjoyed performing at lots of events and festivals during the “Cheer Up” era, so she hopes to do so again with “Likey.” 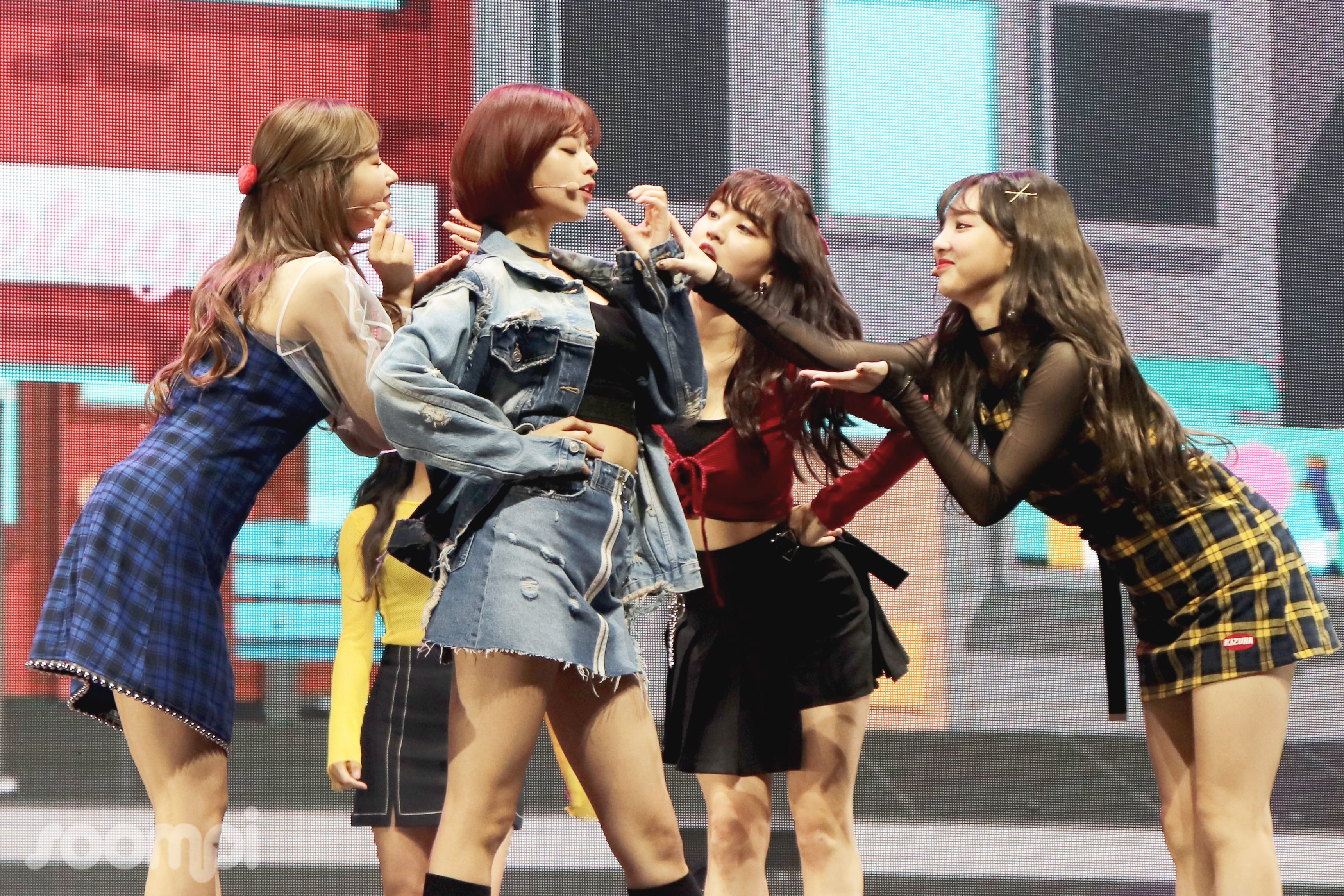 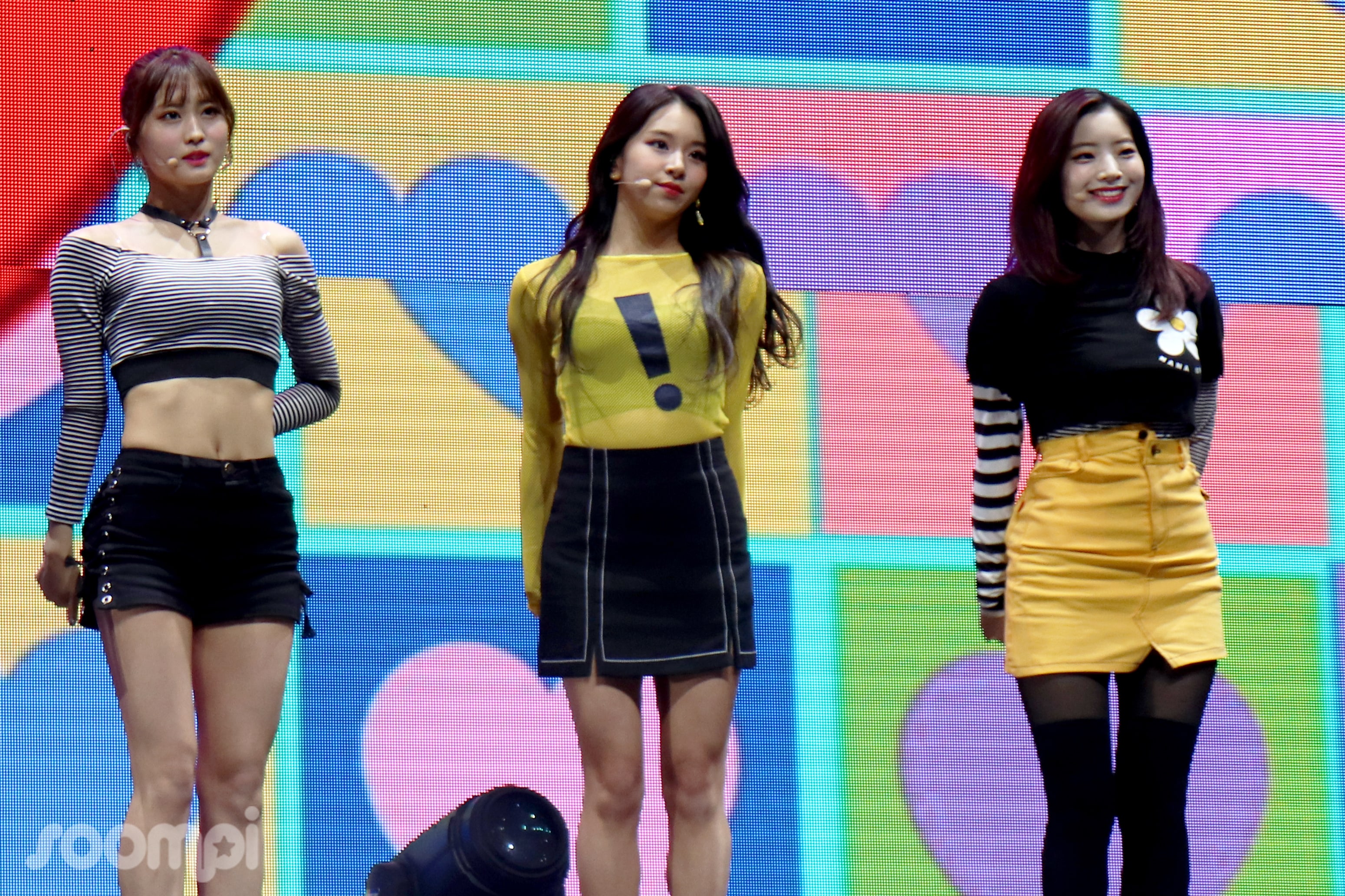 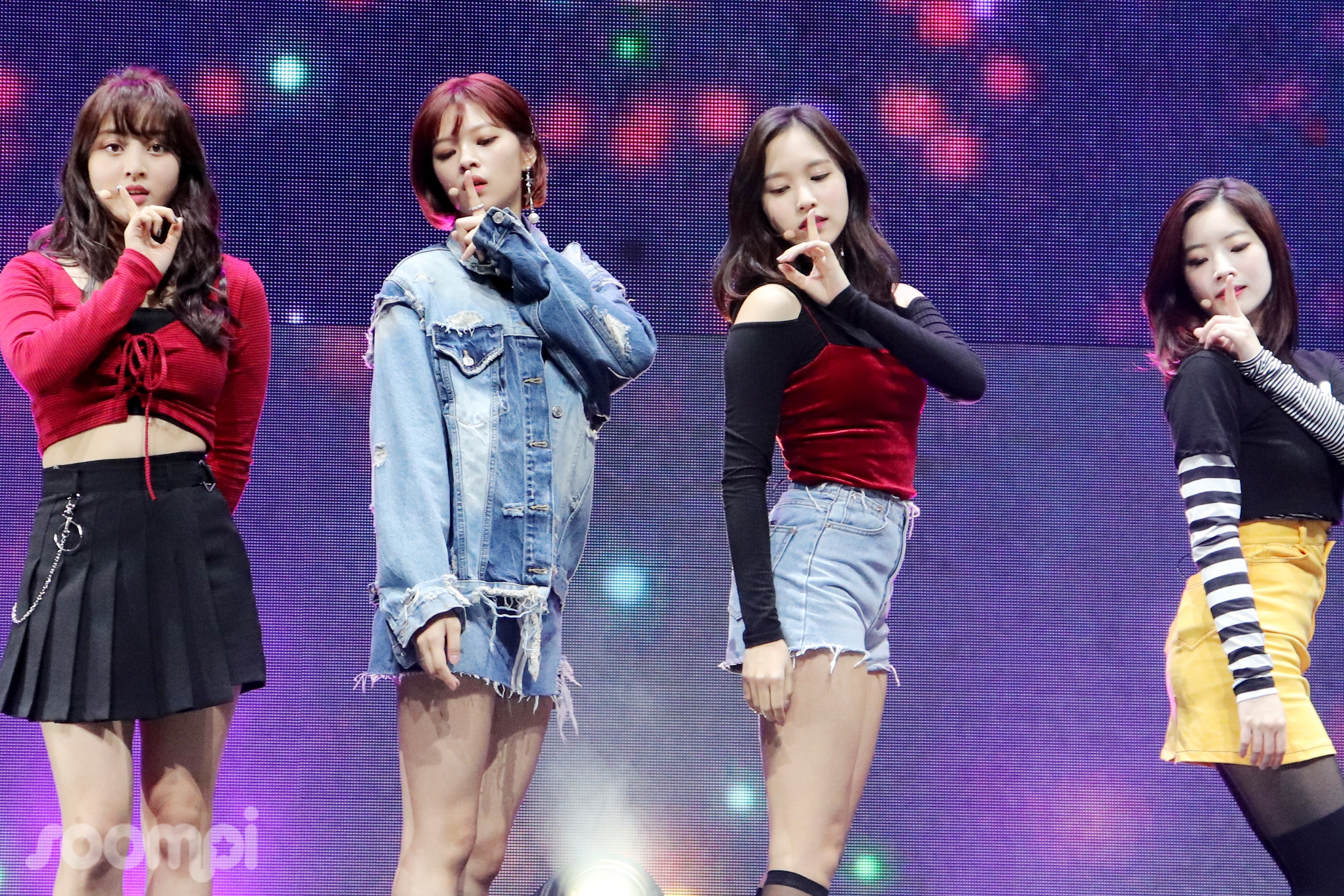 On having a solo dance break for the first time in “Likey,” Momo shared that she felt a bit burdened. However, she worked hard on creating the choreography with a dance teacher, and she is happy that her choreography is part of the title track.

Nayeon then praised Momo on her excellent dancing and commented, “People might not know because of our more cute concepts since ‘Cheer Up.’ I hope people will realize how great of a dancer she is.” 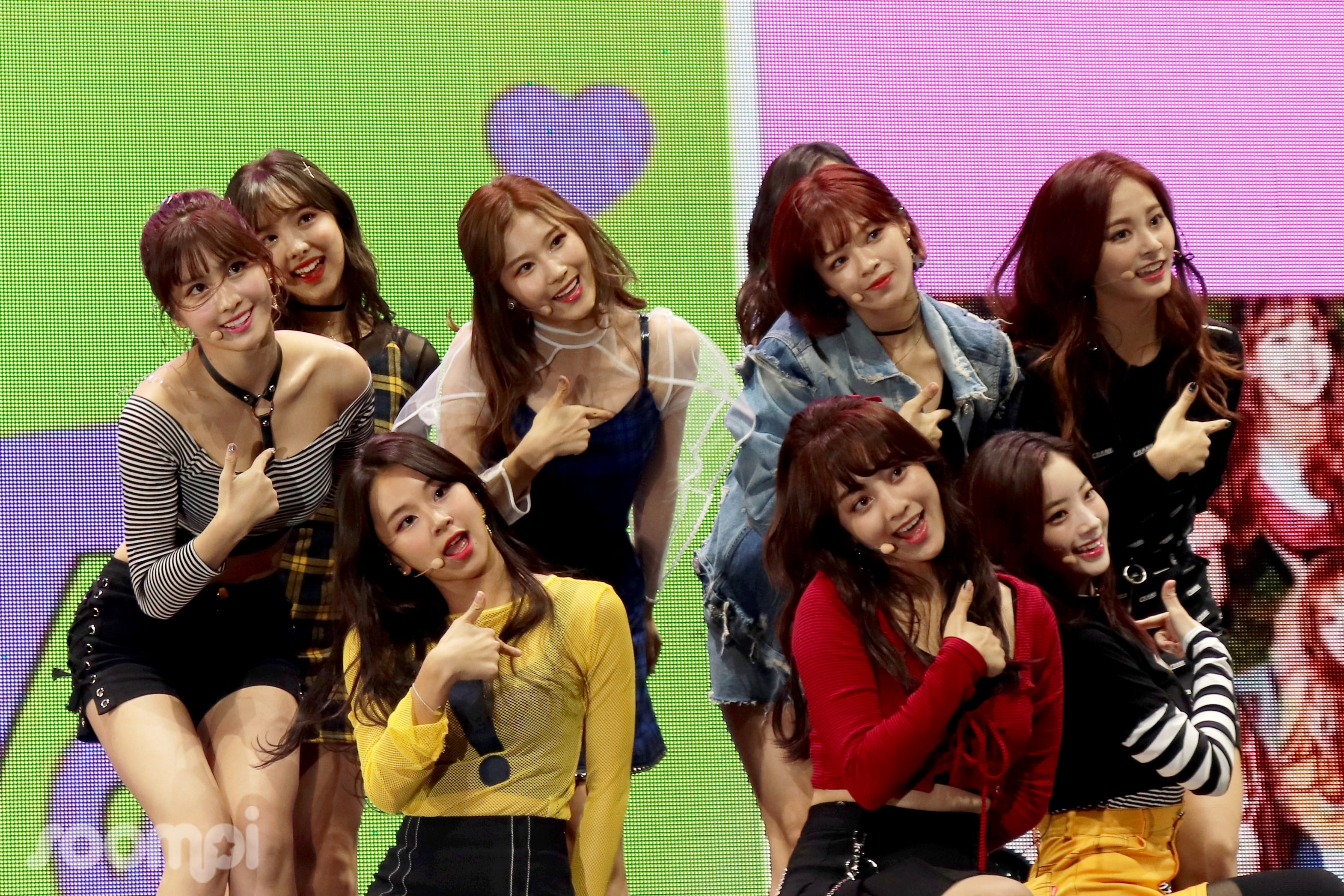 Besides “Likey,” “Twicetagram” contains 12 additional tracks, with member participation in a few, as well. Nayeon and Jihyo wrote the lyrics for “24/7,” Jeongyeon for “Love Line,” and Chaeyoung for “Don’t Give Up.” Jihyo shared that they have never formally been taught on writing lyrics, but she believes this allowed for lyrics that express themselves better.

When asked to select their favorite tracks from the album, Tzuyu chose “Don’t Give Up,” Chaeyoung, Mina, and Momo chose “Turtle,” Dahyun chose “You in My Heart,” Jihyo chose “Jaljayo Good Night,” Jeongyeon chose “Love Line,” and Nayeon chose “Missing U.” Sana expressed excitement for the entire album. 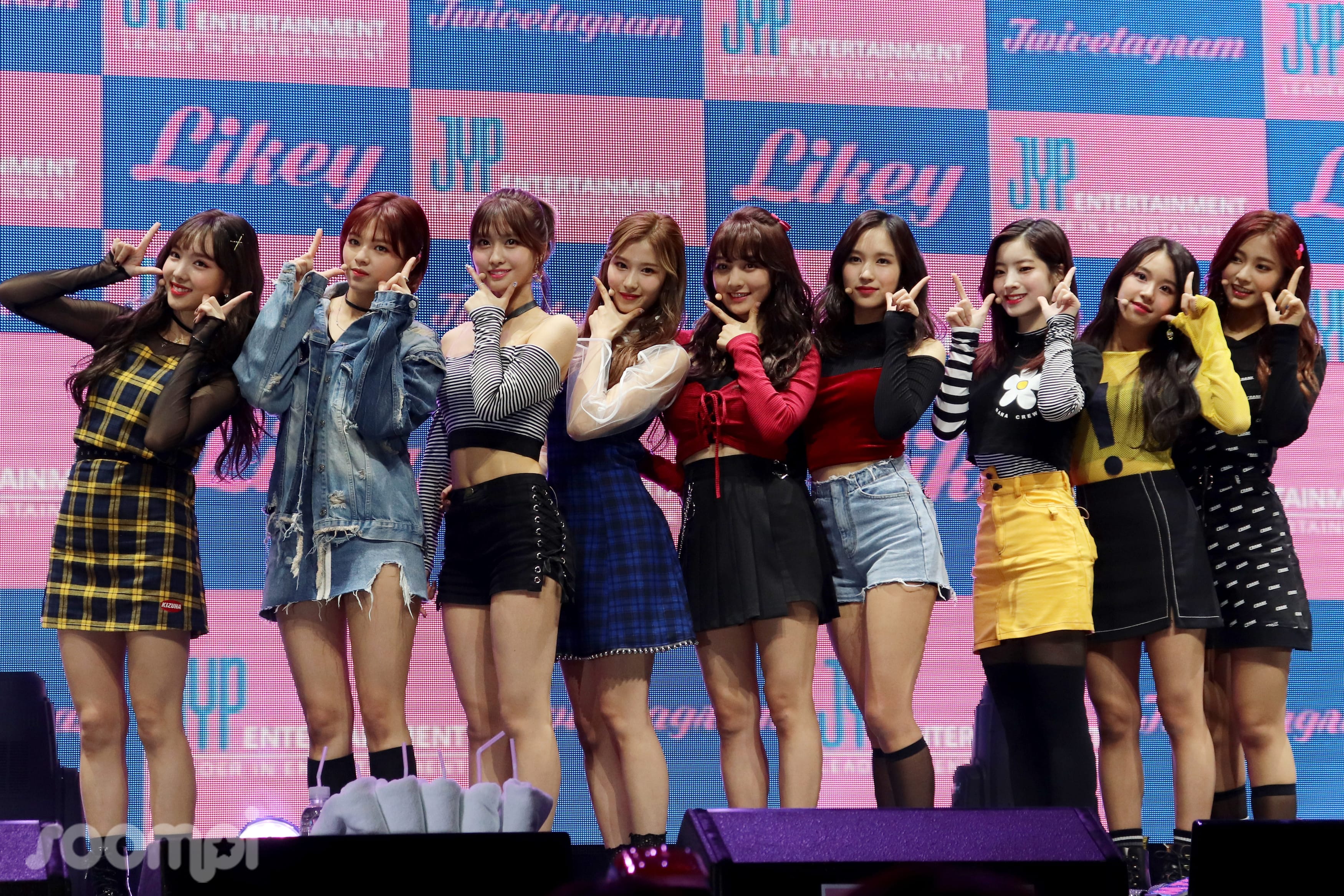 Epik High and Im Chang Jung recently made comebacks and shared that their children are fans of TWICE. When asked how they feel about competing and being compared with such artists, Jihyo responded that it is an incredible honor to even be mentioned together. Jeongyeon also revealed that Im Chang Jung’s children attended TWICE’s fan meeting recently, which they were very thankful for. 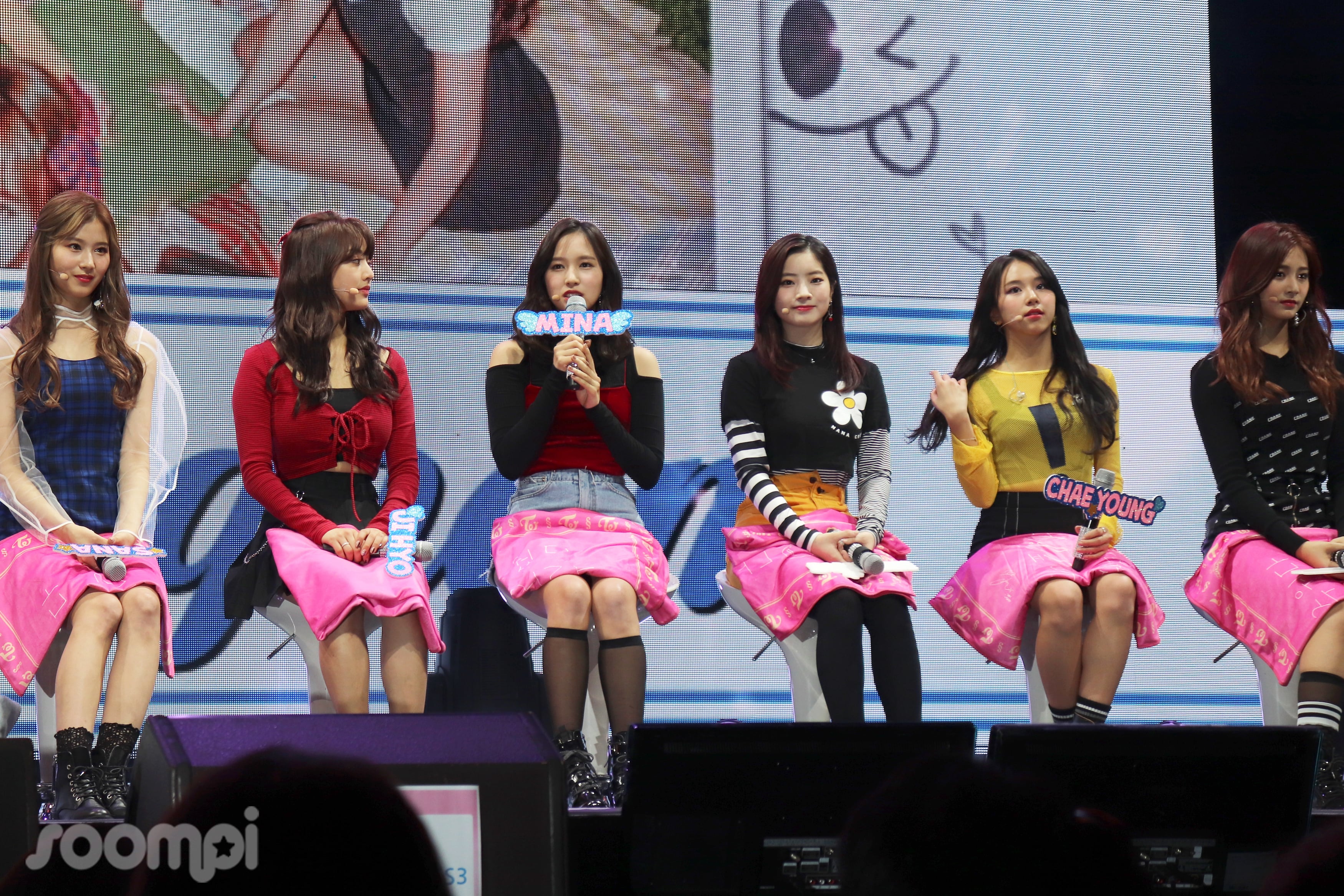 As TWICE has been together for over two years since “SIXTEEN,” they were asked which member has changed or improved the most. Jihyo shared that Momo used to be very shy, but she changed a lot while being roommates with Jeongyeon and now expresses herself very well.

Nayeon chose Mina and explained, “Mina’s voice used to be very quiet and appeared to lack confidence.” She then expressed pride in how far Mina has come, now confidently singing the important chorus part in “Likey.” 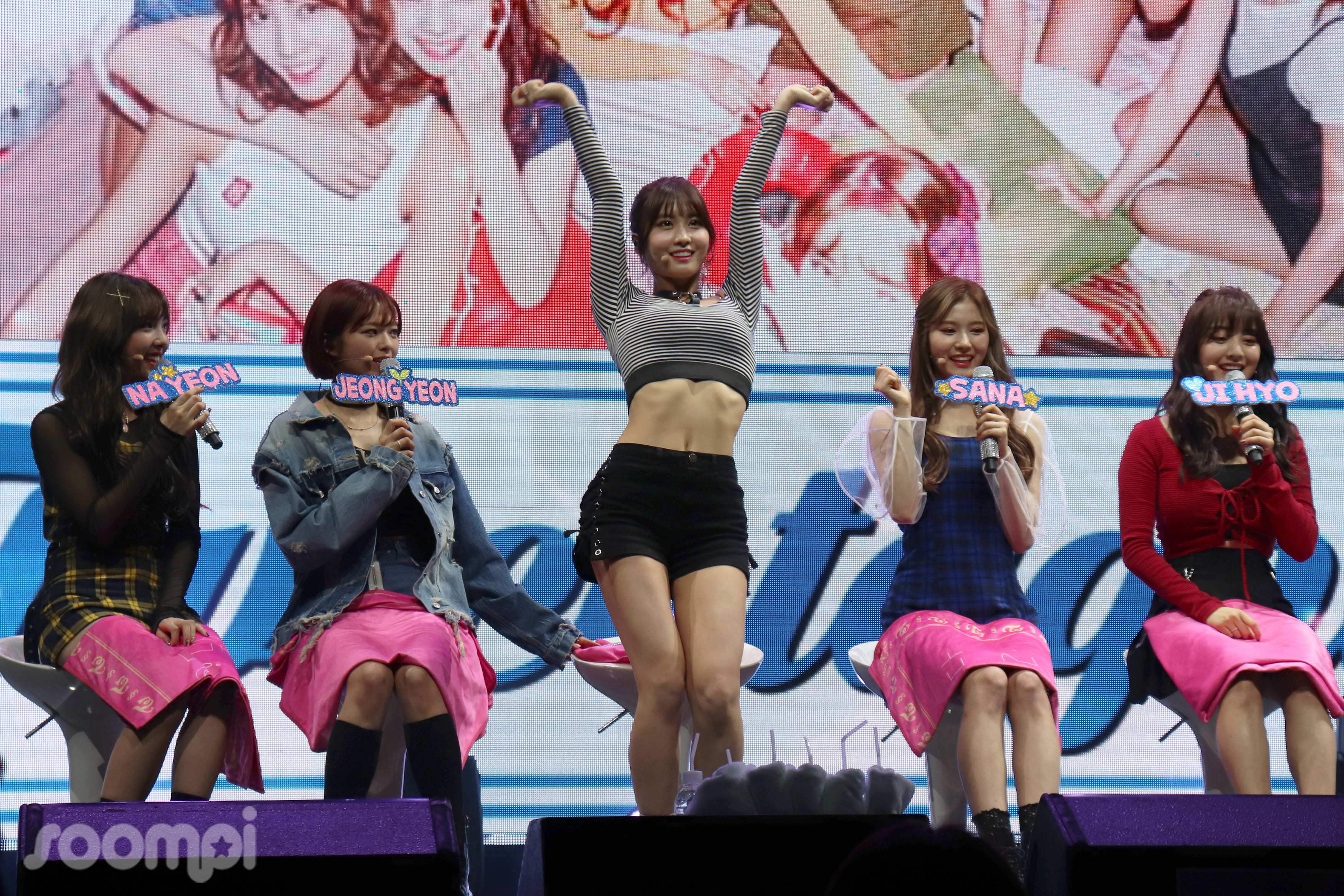 On their explosive popularity in Japan, Sana revealed that they were amazed and thankful for the attention even before their Japanese debut and commented, “We believe that it was made possible thanks to the road paved by our seniors like KARA and Girls’ Generation.”

TWICE’s first full album “Twicetagram” along with the music video for “Likey” were released at 6 p.m. KST. Check out “Likey” here!