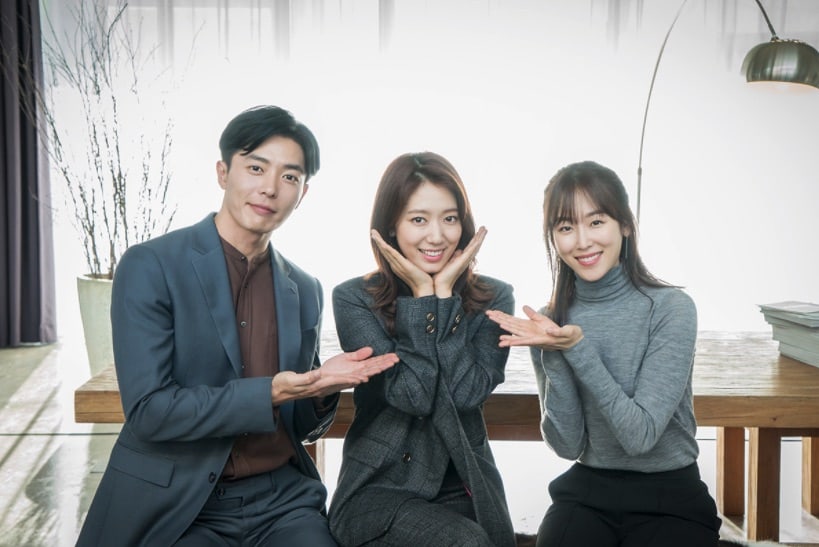 Actress Park Shin Hye recently shared a few stories about her cameo appearance in the SBS drama “Degree of Love.”

The actress delighted viewers when she made a brief appearance in the drama as Hallyu star Yoo Hye Jung. In a recent interview, she opened up about how her relationship with the drama’s screenwriter Ha Myung Hee led to her cameo.

Park Shin Hye said, “I worked on ‘Doctors’ with Ha Myung Hee. I really love just talking with her. The first time we met, we hit it off immediately and ended up talking for five or six hours. I decided to appear in the drama because I wanted to give her my support. I wanted to play a bigger part, but I held back because the drama’s main love triangle needs to be the focus.”

She also revealed that she considered playing the role of a doctor as an homage to her and Ha Myung Hee’s relationship. Park Shin Hye added, “We first thought about me playing a neurosurgeon and treating Yang Se Jong after a hand injury, or me appearing as a guest on a ‘Please Take Care of My Fridge’ type of show, but then Ha Myung Hee decided on making me a Hallyu star. Because we used the name Yoo Hye Jung [the name of Park Shin Hye’s character on ‘Doctors’], everyone joked that Yoo Hye Jung had gone from a doctor to a Hallyu star after filming a promotional video for her hospital.”

Park Shin Hye concluded with, “It felt a little awkward because I haven’t shot a drama in such a long time. I was very nervous.”

Park Shin Hye
Doctors
Degree of Love
How does this article make you feel?