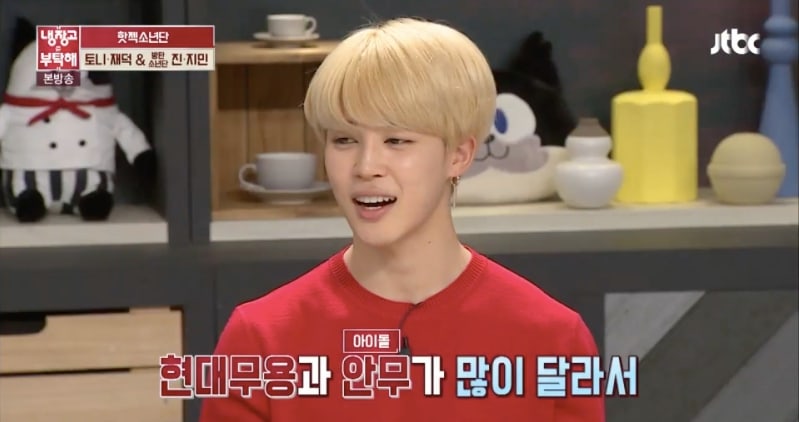 Jimin Explains Why He Almost Didn’t Debut With BTS

On the October 30 broadcast of JTBC’s “Please Take Care Of My Refrigerator,” Jimin talked about why he almost didn’t make it into BTS.

Despite being a talented dance major who placed first in his entrance exam for Busan Arts High School, he surprised everyone by divulging that it was his dancing skills that nearly cost him his chance to debut.

“I was in danger of not debuting because I didn’t dance well enough,” said Jimin. He explained, “My major was modern dance. Because idol choreography is so different from what I was used to, I found it difficult.”

Jin, who also appeared on the show, commented that “Jimin is someone who’s been humble since birth.” He playfully added, “I, however, am too shameless for that. I believe that my face is the best-looking one in the world.” 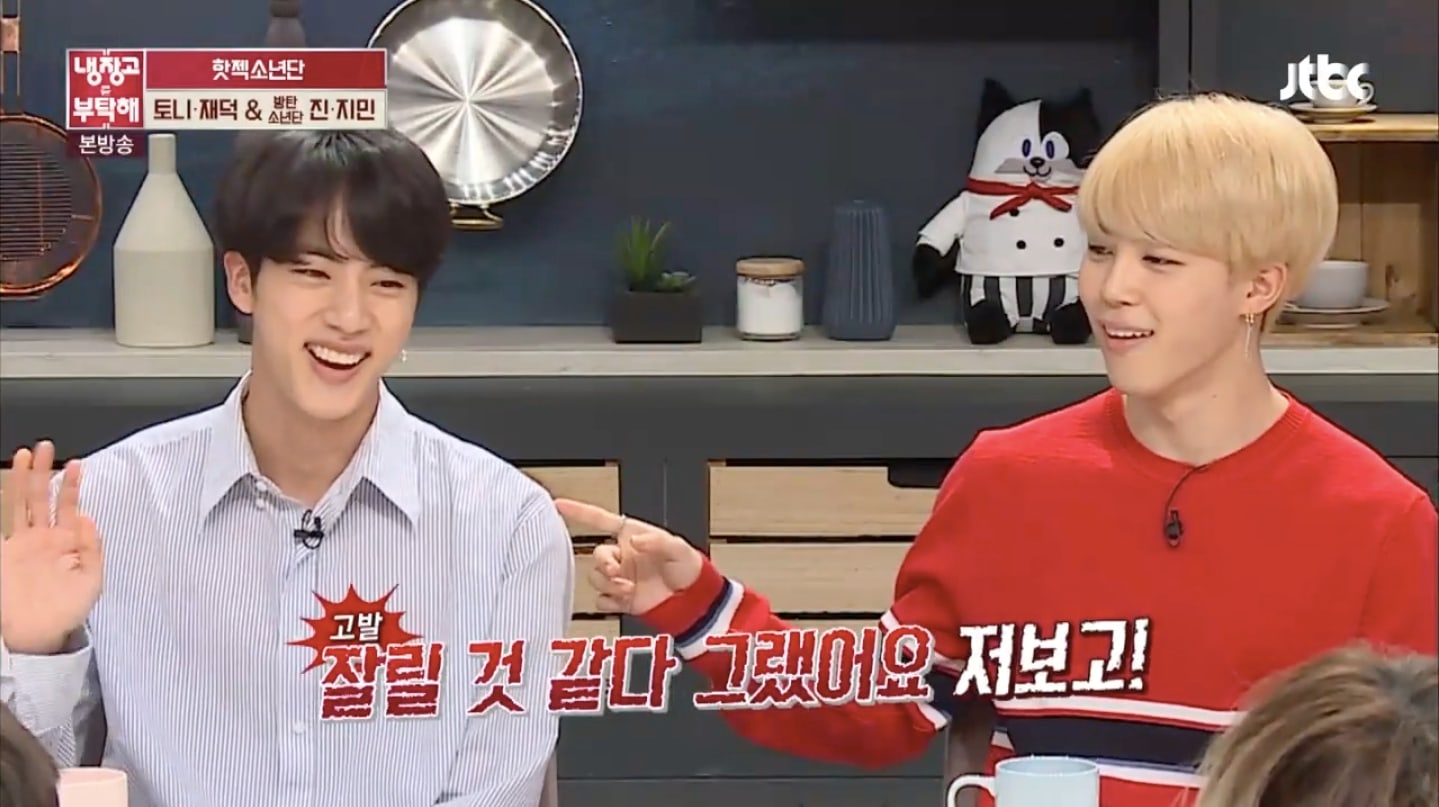 Jimin also said that when he first arrived at BigHit Entertainment as a trainee, Jin didn’t think he would last long at the agency, leading Jin to joke that he was worried that Jimin’s many fans would be upset with him. Jin went on to share that now, it is Jimin who helps him and Rap Monster learn their choreography and perfect their dance moves.

Jin and Jimin also revealed the contents of BTS’s fridge on this week’s episode!

BTS
Please Take Care of My Refrigerator
Jin
Jimin
How does this article make you feel?